Mega data centers are here to stay, but how and where we build them is changing

The data center industry is used to growth. The market is getting bigger, the power demands are skyrocketing, and the dollar valuations are through the roof.

"10 years ago, 20MW was huge," Yondr chief development officer Pete Jones told DCD. "If someone offered you 20MW, you would have bought a Ferrari before you'd have done anything else."

In just a few years, expectations have expanded massively - with 100MW+ data centers dotting the US countryside and growing in rural regions in the Nordics.

"There's a certain complexity when you start to scale that isn't just linearly proportional to the number of megawatts,” Jones warned, noting that the bigger you grow the harder it gets. “Your burden goes up, and if things go wrong at scale the consequences are so much larger - you need to have a much more robust, thick-skinned leadership team for these projects.”

This feature appeared in the 2021 Building at Scale Supplement. Read for free today. 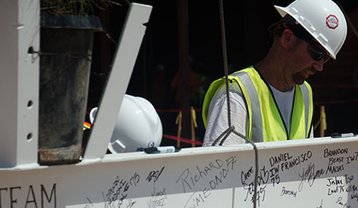 Still, with hyperscalers now more than a decade into their cloud push, the process of building “these large scale things in the middle of nowhere is a pretty well-oiled machine,” Jones noted, admitting that uptake of the company’s hyperscale-focused HyperBloc (150-300MW) has been “a hell of a lot lower than MetroBlock” (40-150MW).

Google’s regional director of EMEA data center infrastructure delivery, Paul Henry, concurred. The company knows how to build huge campuses, he said, but is now focused on bringing costs "as close to the raw input cost as possible."

Take cement - "at some level, you can't get it any cheaper, same for steel," he said. "The manufacturers that build UPSs, and generators, at some point they're getting down to really razor-thin margin. The biggest builders have done a good job of getting really efficient, but you have to deliver faster, cheaper, and so forth."

To pull this off, the company is in the midst of changing how it designs and builds its facilities, big and small.

Historically, every data center it has built has been different, based on the cutting-edge tech and ideas of the time. "It's very difficult to shorten our lead time, and be able to be best in class on schedule and cost delivery when we have that continuous change," Henry explained.

"We are [now] standardizing not only our design, but our overall execution strategy, as well as developing all of our systems into a series of products that are built into an execution strategy that is really a kit of parts," he explained.

This standardized system "takes a lot of design work on the front end to build a modularization strategy, rather than stick build in the field," Henry said. "We've done that - in our new generation of data center design, we're actually looking to take about 50 percent of our job hours off of the construction site, and move it into manufacturing facilities."

Before breaking ground, Google creates a work package defining the entire bill of materials for a scope of work, including job hours and crew size, as well as component cost. "So very much akin to the Ikea strategy," he said. "It's all been pre-defined."

The changes have helped Google bring construction time down from 22 months to less than 18 months. It hopes to squeeze that further, down to just 12 months - reducing cost and making it easier to predict demand.

Hyperscalers are coming to town

But Google and other hyperscalers, are not only changing how they build data centers. They're also changing where they build..

"The biggest companies used to build these 200-400 megawatt data centers and everything would be in there," CyrusOne's SVP of corporate development Brian Doricko said at DCD>Building at Scale this May. "But now those same firms are selling more and more of cloud services, [and customers] want to know their applications are going to live in multiple buildings and multiple places." 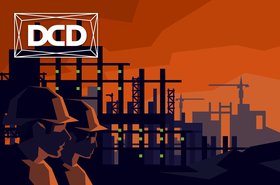 Conference Session Panel: Taking scale to the next level; what type of innovation is needed?

Add in data residency laws, latency demands, and cutthroat cloud competition, and you have a reality where hyperscalers can't just live out in the wilderness. Now, they're coming for the suburbs and city centers.

“We've been predominantly in five campuses within EMEA,” Google’s Henry said. “And those have been fairly large scale data centers, ranging anywhere from 32MW to 60MW per data center,” with multiple facilities on each campus. “But we're seeing a bit of a shift as to our strategy - scale for us now in the region is really looking at how do we get into all the metros that we need to expand into, and that's happening at a rapid pace.

“So we're moving away from just the five key campuses, into almost all the tier one metros,” he said. In many places, that starts with a “toehold,” Henry explained, of around 3MW. “But then we have the ability to scale up, and it may be to what our standard design now is - an 88MW facility. And then you grow that to a campus where you may have four or five buildings within a campus.”

Starting small but in countless metros, and then expanding rapidly, “is really what we're seeing as scale across the region,” Henry said.

This is a whole different kind of scale - an astonishingly large footprint across countless metros and regions. "I can anticipate that we'll be in every country in EMEA at some point," he said.

That's when things really get complicated.

"How do you get 3x 100MW for each player, in every metro? For just the three [biggest] players, that's 900MW you got to create to have three substantially sized availability zones in every Metro," Yondr's Jones said. "That's not an unsubstantial challenge to pull off."

Hyperscalers aren't comfortable spreading that out across tons of small sites, Jones said. "They are saying 'we need fewer, we cannot deal with even the contractual burden of managing 800 leases.’"

Instead, they hope to build reasonably sized facilities in city locations - where you face all sorts of regulations, permitting, local protests, and space issues.

One of the ways to square that circle has been to relax site restrictions, Jones said. "10 years ago, end users would have a campus profile that said the site could not be near an airport, a train line, etc. Before you've even left your office, you've excluded two-thirds of the city.

"Fast forward 10 years, it's like ‘oh, as well as meeting all of those ludicrous kinds of constraints, it also has to be 100MW in size,’" he said. "Forget about it. So we've seen a real acceptance of the trade-offs [required to locate in a city]."

Such difficulties have also helped a cottage industry grow up to help hyperscalers navigate the complex and sometimes contradictory regulatory framework of different cities. Take Frankfurt: "There aren't any big campuses, part of which is a land problem," Jones said. "So you solve the land problem, and immediately you're into a power problem. And then you run into a regulatory limit where once you build 18MW you have to start a new building. Then there's Seveso legislation” (on how many hazards can be on site).

Such limitations restrict the scale a hyperscaler can operate at some locations, Jones said. "I think choosing the right scale has to be case-specific - what are the constraints that exist market by market that might stop you from achieving scale?”

The Building at Scale Supplement

When data centers get this large, the game changes

Fitting data centers into the fabric of an existing city is always a challenge that will likely leave at least one community unsatisfied. How about building an environment just for data centers?

"If we were to look at Northern Virginia, how would we do it differently if we could master plan it instead of just the natural, organic way that it grew on its own?" Scott Noteboom asked.

As CTO of Quantum Loophole, Noteboom hopes to find out. "We've acquired north of 2,000 acres, with a gigawatt to start from a substation off our primary transmission that can scale to 3GW," he said, with the company looking to serve as a master planner that runs the campus for hyperscalers and colos to then build on top of.

"I think that there's building blocks that are bigger, more efficient, and more economical than an individual data center can ever hold," Noteboom said. "On the energy side, the transition from in-building UPS to the community level allows for critical power-as-a-service using utility energy storage solutions.”

Or with cooling, he envisions cooling-as-a-service operating at the community level instead of the individual data center level. “Lastly, the data center now serves as the network exchange,” he said. “If we were to do Northern Virginia over again - instead of having 50 data centers that had hundreds of individual construction projects, building fiber that took many, many months and years to each of those buildings, all crossing the chasm of easements and rights of ways - we would have all of that pre-planned and built out in service by network center.”

How about, he suggested building network centers designed end to end for network, which then connects to the surrounding data centers.

“We're talking about scale - data centers are getting bigger and bigger throughout Northern Virginia,” Noteboom said. “They're next to schools, they're next to condominium complexes, the noise they're emitting is annoying to neighbors and others. Power plants have just sloppily thrown substations all over the place.”

This organic growth has worked - “it's such a miracle, and it's such a great thing,” Noteboom said. But as we look back, “can we take a look at all of these attributes, and remove the conspicuous nature of the data center, remove all the complexity, remove all the knots of Northern Virginia. And then when we build a master plan community, we can ask what does that community look like?"

This vision could lead to huge data centers built on huge campuses, which themselves are part of huge master-planned mega-campuses. But given the scale of the Internet, it still could not be enough - with those sites then connected to growing facilities within metros, and to smaller Edge sites spread across the region.

That may force a reckoning among data center operators as they find the industry increasingly butting up against the reality of living alongside humans.

"Data centers are going to consume as much as entire countries," Jones said. "If you're in local community, or you're going for a permit or planning, I don't think local job creation and renewables have ever been hotter issues to have evolved answers to.

"And I think we are finding communities becoming more astute. They smell bullshit very quickly."