The democratization of 5G and mobile networks

In the new generation of mobile networks, the global pandemic is accelerating a trend to replace specialized hardware with software

We live in a changed world as a result of the global pandemic. Deeply rooted concepts are rapidly changing, from creating working spaces at home to re-defining of how networks operate. A lot of progress is being achieved in an extremely short time frame, a small positive outcome of a terrible time.

Tensions between the US and China are starting to affect digital infrastructure. Under pressure from the Trump administration, the UK and other nations are moving towards banning new Huawei equipment in their infrastructure.

However, the US has been playing catchup when it comes to mobile network development and research with estimates from Deloitte placing China’s investment $24 billion ahead of those in the US.

The US has is trying to jumpstart its own ecosystem with various efforts, including the recent DARPA four-year program on 4G and 5G networks - OPS-5G.

These initiatives are creating a new mindset in which mobile networks and RAN (radio access networks) - are designed to be as software-defined and hardware agnostic as possible.

Operators want to move away from proprietary hardware in the mobile networks which carry data between the endpoint (a consumer smartphone) and the network services, operating in data centers. This will make it easier to change providers, either for political reasons, or to save costs.

The largest and most successful vendor in this space is - you guessed it - Huawei, with hardware that is considerably less expensive than rivals like Nokia and Ericsson.

The approach is nothing new. Software-defined technologies have been adopted by large players like Facebook entering emerging markets, to enable them to adopt “no-name” hardware and drive costs down.

Software-defined networking technologies are evolving rapidly as hyperscalers chase efficiency gains well past the point of diminishing returns - and this mindset has been heavily accelerated recently.

Some experts hope that open source could solve multiple worries created by the much larger numbers of devices connected to 5G networks (including security, resource sharing and bandwidth) as well as tackling undue government influences over vendors by reducing the reliance of these networks on proprietary hardware. 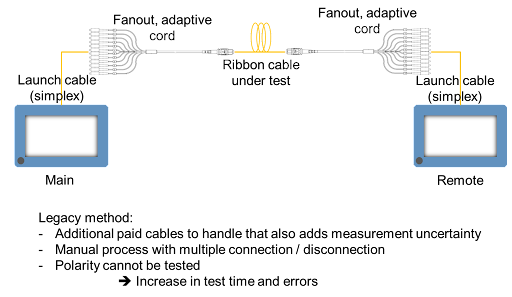 To understand how and why open source must be beneficial, we need to understand the inner workings of our current mobile networks’ traditional architecture. What exactly happens when you access a particular service from your smartphone whilst using mobile data?

A traditional mobile network application is made up of three other networked subsystems - the access network, the transport network (sometimes referred to as backhaul) and the core network.

The access network is formed of all the equipment required for the mobile phone to connect to the carrier network - radio towers or antennas depending on each generation of the mobile network. The transport network, or backhaul is represented by all the subsystems that allow the data to be carried to the carrier’s core network (read data center), where services can be accessed.

As parts of the mobile network, the access network and the core network are made up of both hardware and software. The core network, being the carrier’s data center, has already benefited from a plethora of open source hardware and software technologies - and overall, data center operators have benefited and leveraged vendor interoperability through established standardized and open interfaces.

The same cannot be said about the access network, which has seen changes in design as each generation is adopted en masse. Proprietary hardware, software, and interfaces dominate solutions in this space - an operator can be seen as locked within a certain vendor ecosystem.

Within legacy networks like 2G and 3G, the typical access network would consist of antennas on top of a mast connected via RF/coaxial cables to a remote radio unit (RRU) and a baseband unit (BBU) closely located at the bottom in a baseband cabinet. (Figure 2a)

As mobile subscriber numbers increased, so did the need for more efficient and reliable design, a main issue being the attenuation and dispersion of the signal through the RF cables. Late 3G and 4G access network designs use a new piece of hardware called a remote radio head (RRH) that replaces the RRU in the previous designs. This translates radio signals into data packets while being closely located at the top of the mast. Fiber optic cables carry the signals to the baseband unit (Figure 2b).

These design iterations were primarily driven by the vendors themselves, therefore proprietary solutions were engineered from top to bottom, with little oversight given to standardization and transparency of these solutions. This in turn has led to operators being forced to choose one vendor and stick with them when deploying access networks - proprietary software running on proprietary hardware, communicating together through proprietary interfaces.

Several solutions have been proposed to tackle this issue like cloud RAN (cRAN), virtual RAN (vRAN) and OpenRAN - however widely available commercial implementations of these solutions have only recently started to materialize. The aim is to disrupt deeply rooted concepts on network architecture, with the radical suggestion of using off-the-shelf servers and emulating everything that the dedicated hardware does through open source software technologies and standards.

This goes as far as replacing the RRU mentioned above with software-defined networking solutions running on commercial, off-the-shelf (COTS) servers and replacing the proprietary communication interfaces between the BBU and RRU themselves with standardized open source ones. This effectively shifts the access network design to more closely resemble that of a data center. Given the efficiency and sustainability advances that standardization has allowed in the data center, this is at the very least an intriguing idea to explore.

Any new concept succeeded over time with proven results and with education, but software-defined RAN vendors are touting incredible levels of disruption and cost-reduction.

For instance, Mavenir’s publicly available FAQ document claims: “What Mavenir can do through virtualized software with our 3,300 employees, takes Nokia and Ericsson over 100,000 people to accomplish.”

It is important to note that OpenRAN applies to all generations of mobile networks, including legacy networks like 2G and 3G. The GSMA Mobile Economy 2020 report predicts that 4G will account for the largest rollout in commercially available RAN solutions by 2025, but legacy networks are expected to still serve around 22 percent of the total subscriber base.

In theory, an operator running its mobile networks on OpenRAN technologies would be able to allocate resources more efficiently as its user base shifts from generation to generation, each functionality being served through software that runs on COTS servers which can be managed through DCIM. 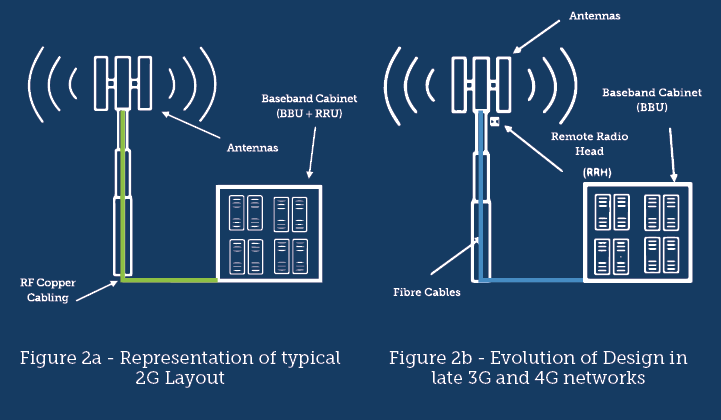 As with any technology wanting a global impact, organizations supporting this movement have banded together in what is known as the OpenRAN Policy Coalition - including Intel, Mavenir, Qualcomm, AT&T, Vodafone, NTT and Cisco. The group is trying to push forward the adoption of “open and interoperable solutions in the Radio Access Network (RAN) as a means to create innovation, spur competition and expand the supply chain for advanced wireless technologies including 5G.”

Hardware manufacturers within this space like Ericsson and Nokia have recently joined, promising to support global collaboration on OpenRAN developments. However, hardware manufacturers might be backing two horses, as both have pushed in their recent NTIA filings for further grants and support on proprietary hardware solutions while at the same time asking for government funding of the OpenRAN movement.

All these movements point to a skewed politicized view in the current social climate, which presents the OpenRAN movement as an answer to all the security concerns that come with government-backed vendors, as well as being a weapon in the trade war between China and the US. Despite these hopes, this is an emerging technology and mass rollout is still a few years away, if not more.

In real-life scenarios, OpenRAN needs a few more years to mature enough to match the current hardware-based 5G networks. Meanwhile, hardware vendors are releasing second generations or even third generations of that proprietary hardware. Beyond efficiency gains, these come with advanced features such as 5G network splicing, carrier aggregation and more, keeping the proprietary hardware attractive to operators.

The reliability of OpenRAN has not yet been tested extensively, as the only commercially available deployment has just seen light in Japan with Rakuten as the operator and Mavenir as software provider as part of an ongoing nationwide 4G deployment.

It does seem, however, that OpenRAN enabled Rakuten to compete with established players like NTT DoCoMo and KDDI to offer better services at approximately half the cost for the end consumer.

When looking back, software being replaced by hardware has become the norm as technology advanced. Earlier AM/FM radios needed dedicated equipment to filter out interference, tune in to a particular frequency and decode the signal etc, making them the size of a shoebox.

As CPU designs became more efficient and grow in performance, along with the development of highly specialized instruction sets, you can now tune in to your favorite radio station straight from your smartphone.

Why not apply the same mentality towards mobile networks? It seems that in future mobile networks will be defined by software and, judging by current movements, they could be fully open.