After acquiring a significant amount of data center space as the result of mergers and acquisitions, Hewlett Packard Enterprise (HPE) embarked on a mission to consolidate its infrastructure and thereby reduce costs and environmental impact, and increase the quality of its services for clients.

The consolidation of high cost or redundant data centers aimed to deliver a core of fewer, more efficient facilities strategically located around the world. 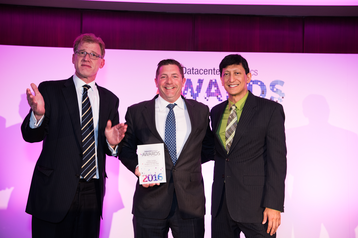 Translated into energy savings the closures have resulted in 412 million kWh annually, and removal of an estimated 219,000 metric tons of carbon dioxide from the environment.

Annually, an estimated 151,000 metric tons of carbon dioxide has been removed from the environment, equivalent to electricity consumption of 20,770 homes over the same period.

Its seven-step plan to achieve this was as follows:

Through this transformation program HP sought to bolster its converged computing infrastructure and enterprise cloud service, as well as to reduce its carbon footprint.

In its assessment of the consolidation strategy the organization considered factors affecting the usefulness of each data center on a case-by-case basis. These included localized market demand, foreseeable costs, energy efficiency, capability to support future demand, adaptability with a view to accommodating future demand, process improvement works and the ability to relocate the workload elsewhere.

A central part of the data center transformation program was the use of HPE’s modular application, NeoGarage. These purpose built modules are self-contained for power distribution and cooling, with internal heat exhangers that allow for high efficiency of less than 1.1 power usage effectiveness, and are designed for deployment in a secure building shell.

In addition to increased flexibility for clients and faster time to market compared to traditional applications, the product offers runtime savings of 23-40 percent, depending on volume.

These modules are built and deliver within eight to twelve weeks from order, with an implementation of less than three days.

In July 2015 HP also signed a 12-year power purchase agreement for 112MW of wind power for its Texas data centers with SunEdison, with a view to achieving its original 2020 greenhouse reduction goal by the close of the 2015 financial year.

The consolidation of one of its data centers in Michigan entailed the migration of 22 clients into alternative, modernized facilities. HP Enterprise Services (ES) reclaimed more than 42,000 sq ft of floor space and removed from service 465 racks through virtualization, decommission or relocation.

Given the average age of devices and their low capacity to support future demand the impact on energy savings and site efficiency was especially large, the company said.

The migration of one client, a supplier of gases, welding equipment and safety products, was scheduled to be completed over a 72-hour period. The move required laying of nearly 15 miles of cables to accommodate 26 racks of equipment being moved as part of the migration. ES completed the process 18 hours ahead of schedule.