The company commissioned Compass Datacenters to build the 20,500 sq ft data facility, moving from its Columbus location to a New Albany, Ohio site.

Compass was tasked with delivering the new site according to AEP’s particular requirements, with the utility provider having to meet strict standards as defined by the North American Electric Reliability Corporation (NERC). 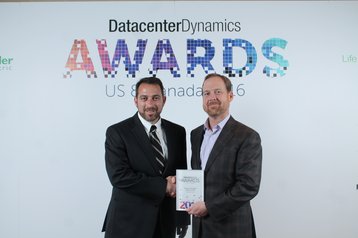 In particular, the company demanded specific cable plant and distribution architecture that needed to be manufactured into the data center installation as part of the construction process.

The new site would take over the bulk of the applications resident in the existing Columbus site, which supported operations in the seven states AEP operates.

AEP decided to embark on the move to a new center in March 2014, leaving its 32-year-old facility to recover lost functionality and to modernize its IT infrastructure.

The completed data center was handed over to AEP on March 15, 2015. The company was replicating live data between its old and new sites in less than a year, with no customers having experienced service disruption.

Because of the need for the site to be in operation immediately from handover, it had to be pre-wired so it could support cabinets for servers and storage. It also had to achieve Uptime Institute Tier III certification of constructed facility on completion.

In addition it needed to be located within 40 miles of AEP’s original facility to enable the exchange of data between the two sites.

What made the project so successful in the context of providing a center tailored to the requirements of an enterprise, Compass said, was that it provided the ability to personalize the facility according to the AEP’s requirements, offering more than 60 design and configuration options.

AEP had initially considered the option of retail colocation, but dismissed it because of the inability to meet the utility provider’s needs for the facility to be pre-wired. In addition, NERC-compatible cabling and power distribution also precluded retail colocation.

The option of wholesale colocation was similarly ruled out due to geographic inflexibility and inability to incorporate AEP’s development schedules within the overall construction plans.

Compass’ ‘open book’ working process, designed to offer the customer transparency throughout the project, allowed for the development of a parallel working process that saw milestones in the data center’s construction dovetail with AEP’s gradual moves into the facility.

One example of this was the completion of point-of-presence rooms in time for AEP to start early burn-in of its clients.