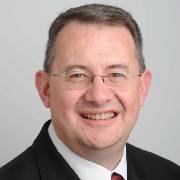 Mike Bennett is Cyxtera’s UK Area Director of Data Centre Operations, a role he has held since late 2015. In his role Mike is responsible for the running and operation of Cyxtera’s 5 UK Data Centers. Prior to this Mike was VP of Data Centre Expansion and Acquisition at CenturyLink and has also held the posts of VP Operations for EMEA, Head of European Technical Operations and Hosting Engineering Manager for Savvis UK, which was acquired by CenturyLink in 2011. Mike's career prior to joining Cyxtera has involved building expertise in a variety of roles for Intel Corporation, and for Cable and Wireless in their Internet and Data Communications Divisions. Mike also sits as a Council member of TechUK’s “Data Centre Council Group”, representing the Data Centre Sector.