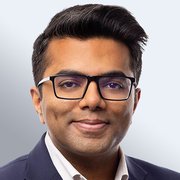 Nitish Mittal is a partner at Everest Group

The war in the Ukraine, and new EU regulations, could create a surge in compliance requirements

I previously wrote a blog about the emerging and growing focus on technology sovereignty in the United Kingdom and Ireland (UK&I) and European markets. Since then, Europe technology and data sovereignty have been back in the spotlight because of two recent events:

This is not an isolated move. Europe has set in motion initiatives in recent years including Gaia-X, a project to develop common requirements for a European data infrastructure supported by representatives of business, science, and administration. With data security, privacy, and technology sovereignty becoming key issues for the region, Europe is setting up new regulatory frameworks to protect consumers and companies, while trying to ensure a competitive market and encouraging innovation.

What does the DMA entail?

Beyond the hyperbole that surrounds any regulation such as this, here’s what the DMA provisions include:

There’s a separate act called the Digital Services Act (DSA), which the EU reached a consensus on in April 2022. This act focuses more squarely on setting up a standard for the accountability of online platforms regarding illegal and harmful content.

There’s still some time before these acts become law. For the DMA, it looks like it could be the summer of 2023 before it comes into effect. The DSA will need to be officially voted into law, will be directly applicable across the EU, and will apply for 15 months or from January 1, 2024, whichever is later, after it is enforced.

The battle for sovereignty and security is just getting started

While these acts are a significant step in Europe’s focus on curbing the perceived monopolistic power of BigTech, it is not happening in isolation.

I expect this conversation to evolve and shape the future of technology spending and strategies in the region.

Implications for the European technology ecosystem

Owing to these triggers and the broader conversation around technology sovereignty and BigTech reach, I expect the following three implications for buyers, providers, and investors in the European technology space:

We are going to see the floodgates of activity open as we approach implementation timelines in the next 12-18 months. This will create a one-time discontinuity in the market and result in additional spend on compliance. However, market participants will be wise to consider the longer term in technology regulation in Europe and its subsequent impact on their strategies.