What role will vRANs play in our 5G future? 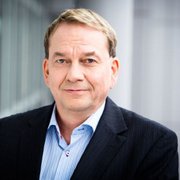 The emergence of virtual radio access network (vRAN) technology represents the next stage of network virtualization.

Radio access networks (RANs) are a critical part of mobile communications infrastructure, comprising of antennas, base stations, and controllers, RANs have typically been an expensive element in mobile networks.

In the case of vRAN, vendor-specific base stations can become flexible, cost-effective systems.

In this software-based architecture, some base station functions are relocated to servers in the edge data center. This disaggregation of the base station is known as function split or functional split. 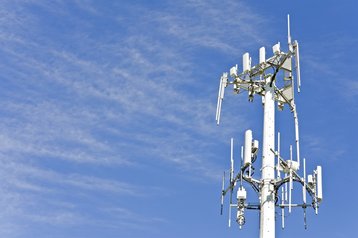 A key benefit of virtualization is being able to upgrade software more easily.

Whereas in a hardware-based environment, MNOs must individually update each base station with new software, with vRAN many functions are located on VMs or containers that run on servers in the edge data center.

This means software updates can be run centrally and automated, greatly simplifying the administrative effort required and also making it less prone to errors, since manual intervention is reduced or eliminated.

Over the past 12 to 18 months, service providers have been running proof of concepts, as well as laboratory and field tests, and vRANs are beginning to go into operation in 4G LTE networks.

We can expect commercial implementations of vRANs to ramp up, alongside the functional split of 4G LTE base stations, where operators migrate the functions of the BBU to edge data centers and use virtualized BBUs.

The central processing power of an edge data center and function pooling enables multiple efficiencies with vRAN. Service providers will be able to benefit from fiscal savings and expenses, with reduced support and maintenance costs, as well as greater operational efficiency and enhanced performance management.

4G/LTE networks feature a simple split into RANs and edge data centers, but a split into three is envisaged for 5G: base stations, DUs, and CUs, since there will be significantly more base stations in 5G networks.

CUs are designed as a distributed cloud solution with low footprint requirements, while DUs are to perform tasks such as real-time processing supporting the Precision Time Protocol (PTP), and hardware acceleration with field-programmable gate arrays (FPGAs) and smart network interface cards (Smart NICs).

The advent of 5G has represented a major change for both mobile providers and end-users.

It is enabling innovative services to be more effectively and efficiently delivered to consumers, with data speeds that can be 100 times faster than 4G networks and almost zero latency.

Beyond faster mobile networks, 5G will give life to a wide range of applications and services, as the foundational architecture for delivering very low latency connectivity that is the missing piece to fulfil the potential of edge computing, the Internet of Things, telemedicine, personalized robots, augmented reality and virtual reality services, and more.

Organizations will be able to take advantage of these technologies in a huge range of scenarios, from industrial drones, through facial recognition, to remote surgery and telemedicine.

As with edge data centers, DUs and CUs in 5G networks will support crucial enabling functionality for these innovative new services and applications. Also, private networks will appear.

Two architectural choices for service providers are whether to build vRAN with open horizontal platforms, or vertically integrated solutions.

The study also found that centralized vRAN deployments can have a 44 percent lower total cost of ownership (TCO) than conventional dedicated RAN approaches.

With 5G set to rely on virtualized cloud-native distributed infrastructures using containerized networking apps and modular microservices, the industry is increasingly seeing the value of an open horizontal cloud approach.