What could 2021 have in store for the data center sector? 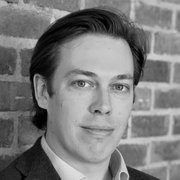 Hperscale continues to change the rules of the game

In October this year, in partnership with Knight Frank, DC Byte released The Data Centre Report. This report is the first of its kind, covering all types of data center activity across twelve key European markets. Its release got a great deal of attention, and for good reason. By mapping out the growth of hyperscale self-build activity we painted an interesting picture of a sector undergoing a dramatic transformation. 2021 will no doubt see more interesting twists and turns.

In our data we found the sector was much bigger than previously reported at 4,505MW of live IT power across Europe. However, our task at hand is also not yet complete; we are still mapping new data center space. At this time there is over 1,032MW of new data center space under construction; nearly a quarter of the total of all data center space that has previously been built – ever – and which is due to come online in the next 12-18 months. Beyond this, a further 2,801MW of phased capacity, which is the equivalent of over 62 percent of all previously built IT power, is planned for development in the next 3-5 years. Where is all this new power going?

For some time, it was generally accepted that (except for a few fringe cases) the bulk of enterprise hyperscale development happened in Ireland. In the UK and mainland Europe wholesale colocation dominated. Yet, in 2017, we saw hyperscale development in Denmark explode. Apple launched a data center in Viborg estimated at 160MW. Facebook followed with a 72MW facility in Odense and Google is now underway with its own development in Fredericia, estimated at 120MW.

Denmark is not alone. In 2019 Amazon Web Services secured planning consent for the biggest data center development that Spain (and the Iberian Peninsula) has ever seen, with over 300MW planned for development across three sites around Zaragoza, North-East of Madrid. In Belgium, Google’s St. Ghislain campus has increased its IT power to now represent over 75 percent of all data center space built in the entire country, with an estimated 186MW either live or under construction. There are plenty more similar examples we could point to, but the upshot is that there is now more development underway outside of the traditional core markets than within.

In 2021, and of course beyond, we fully expect this trend of regionalization to continue especially as it solves a lot of problems for data center development overall. In Ireland, for example, the data center sector has grown so quickly that it faces challenges around power availability within the national grid as well as planning and environmental concerns. Spreading data center space more evenly reduces data transit costs, whilst diversity of location helps mitigate the impact of changes in data sovereignty laws.

Other markets which we believe have vast potential for growth are Istanbul, Prague, and Rome due to both high populations and relatively low or limited data center investment to date.

There will also be a continued trend for hyperscale deployments to favor self-build over colocation. I feel this is a natural part of their evolution and dominance of the market - the internet giants operate vertically integrating business models. Another area where this strategy is evident is in the investment by Facebook, Google, Microsoft, and Amazon in submarine cable schemes such as 2Africa, a 37,000km cable that will land in over 23 countries across Africa and Europe. As such, data centers associated with cable head landing stations, such as Bulk’s DK01 in Denmark and Stellium in the UK will stand to benefit. Other key cable landing station locations that stand to benefit include Lisbon, Marseille and Salalah in Oman. The sector has never been so exciting from a rapidly changing landscape, and potential opportunities, perspective.

Colocation will continue to play a role in meeting short-to-middle term demand for hyperscale space, and build-to-suit operators will benefit from being ‘the next best thing’ to self-build. Edge-type colocation operators, and those built around ‘carrier hotel’ type network hubs, will also benefit from increased consumer demand for higher resolution content and streaming services. We are already reporting increased demands for ‘micro’ data centers to service content demand associated with the adoption of 5G mobile.

In short, demand for data center space is increasing substantially, with notable trends. Firstly, the move towards self-build by hyperscale data center users is having a significant impact on the levels of competition for available space and secondly, the tendency is now for data center developments to be more evenly spread around Europe rather than concentrating purely on the large ‘Gigawatt’ markets of London, Frankfurt, Amsterdam and Dublin. That is not to say we will not see substantial continued investment within the Gigawatts, which are on course for a vintage year; rather, we will see very strong investment across a greater number of locations than was traditionally the case.

We will watch with interest, but the data will be the true guide.