What can we expect from 2020 and beyond for the future of the Internet? 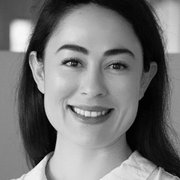 Angelique Medina is director of product marketing at ThousandEyes

The birth of the web was symbolized by the first ever electronic message, sent on October 29th, 1969 by researchers at UCLA to their peers at the Stanford Research Institute - with the Internet.

More than fifty years since that moment, it is mind-boggling to consider the ways in which the Internet has developed since then. Today, businesses and consumers alike are adopting new Internet-reliant technologies and services. The transformation of the Internet is perhaps most evident in the way in which it now affects our lives, completely permeating the way we work, learn, and communicate with one another. In fact, the Internet has become so essential to our everyday lives that the question of whether it is a human right is now one that is being widely and seriously discussed.

With the rate of this expansion in mind, we must consider: what does the future hold for the Internet? Will the expansion of global Internet use be paired with an increase in Internet censorship? Is it ready for new technologies such as the Internet of Things, cloud gaming, 5G, and artificial intelligence? We look at five leading trends that will affect ISPs, cloud providers, and enterprises in the not-so-distant future.

The ‘Splinternet’ will continue to splinter

Despite constantly improving connectivity thanks to new technologies like edge computing and 5G, the world is also experiencing a growth in the ‘Splinternet.’ A word used to describe the increasing fragmentation and dividing of the Internet as various regions around the world control and regulate the web, this is no longer a concept, but is now an increasingly unclouded reality.

As early as the first week of January this year, Indian-administered Kashmir experienced its longest Internet shutdown ever, being stripped of Internet for over 150 days. Similarly, Russia attempted to disconnect its Internet from the rest of the world in 2019 with its ‘Sovereign Internet’ law, and Iran executed what was almost a complete Internet shutdown in the same year. It is evident that the ‘Splinternet’ trend is likely to increase as more areas of the world choose to combat disruption with a shutdown of Internet-based services. Countries such as Saudi Arabia, Turkey, and Turkmenistan seem likely candidates to follow suit.

The importance of the Internet will only increase

Despite a potential growth in some countries around the globe experiencing a lack of connectivity, the Internet is becoming more important than ever before. With an ever-growing reliance on cloud as the new data center and Internet as the new network, the world’s largest and most influential brands must adapt in order to keep their businesses on top and their revenue flowing.

Luckily, connectivity is more dependable than ever before thanks to quicker rectifying of service outages, which is essential in maintaining the performance and quality of the world wide web.

The Great Firewall doesn’t just isolate Internet users in China, the way many people think. Services across the globe may be affected by the implementation of a major ISP from China, which will demonstrate the impact of the Chinese government’s Internet censorship and render many sites disconnected for extended periods of time thanks to routing policies.

Most outages in 2020 will be caused by DNS attacks

Internet outages can be caused by a number of factors, including human error and natural disasters, but the most prevalent cause of future outages will be attacks by malicious forces. The delicate infrastructure of DNS is often a target for these, as exhibited by examples such as the 2016 distributed denial-of-service attack on Dyn, which caused extensive outages and had a hugely negative impact on businesses. DNS attacks will continue to grow as hackers learn how to make them more sophisticated and harder to identify and tackle.

Other types of attacks include BGP hijacking and MITM attacks have also remained a concern for enterprises. Despite this, many ISPs have introduced more secure Internet routing systems due to these attacks, which should see a reduction in these issues in 2020.

Our use of the Internet has far surpassed what it was ever intended for upon its creation all those years ago. It is now a complex web of independent networks and providers. As our needs have developed so has our Internet usage, which today requires a far more stable system than one which is so highly vulnerable to security threats and outages. It is therefore not a stretch to say that 2020 will bring many new changes for our beloved World Wide Web, both turbulent and innovative.