Want to cut energy use? Get better fans! 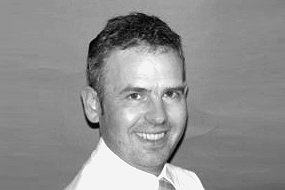 The UK data center market is estimated to consume around 6.4 GW of power annually – roughly enough energy to power six million homes. Industry figures suggest this will continue to rise due to the increasing demand for data center services and large data centers becoming more common in today’s era of digital information and recording.

Cooling is one of the most important considerations for data centers, as this ensures that data center equipment is kept in optimum operational conditions. Due to this, cooling accounts for around half of all electrical energy consumed in data centers. Therefore optimising the cooling efficiency should be one of the highest priorities for data center providers and facility managers if they are looking to reduce their energy use, especially for legacy data centers.

Upgrade projects have shown that energy savings of around 50 percent can be achieved on CRAC units simply by replacing the AC fans with EC fans, with additional savings of a further 10 to 20 percent through reducing the fan speed. The energy savings not only have a significant financial benefit – with a typical payback period of less than two years – but also result in reduced CO2 emissions, reduced maintenance and increased capacity.

Our own work on legacy data center equipment has shown significant energy savings. This included an upgrade project at a well-known bank’s data centers which were upgraded with 76 new CRAC units of varying models (containing 191 fans in total) in a live data environment. The projected annual energy savings range between £240,000 and £270,000, with the upgrade bill set to be paid off by the end of 2015.

Other projects that ebm-papst has overseen include large-scale data center air conditioning upgrades for a telecoms provider that saw its data center energy consumption reduced by 78 per cent and £185,000 saved on its annual energy bill.

The EU has appointed advocates for energy saving protocols in data centers, with ebm-papst being named as an official endorser of its Code of Conduct for Data centers. The code is a growing voluntary initiative, which recognises the efforts of big business across Europe to measure and reduce the energy consumption of their IT equipment and auxiliary systems.

There are currently around 200 participating data centers registered on the scheme, belonging to 73 individual participants, including many IT and communications giants. However, there is still the scope and capability to get more businesses, of varying sizes, involved and proactively modifying their data centers.

Our own work has shown that energy savings can be possible without a complete refurbishment of data centers costing hundreds of thousands. Businesses can reap serious cost savings simply by reviewing data center energy usage, updating to modern sustainable EC cooling fans and then controlling these new fans so they are even more efficient.

James Cooper is a product manager at ebm-papst, a European company that specializes in design and manufacturing of industrial fans.