Time to lay down your ARMs?

AMD is too late, and the whole micro-server revolution may have been cancelled

In January, AMD finally released the Opteron A1100, its first ever chipset based on processor cores designed by ARM.

It sounds like a decent, highly functional piece of silicon but it sure took a long time to get here. And this could prove to be its undoing: delayed by almost two years, the Opteron A1100 has entered the market at a time when  enthusiasm for ARM-based servers is waning and the flow of case studies has reduced to a trickle. 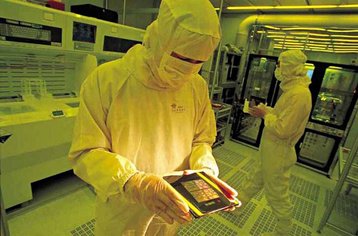 The delay gave AMD’s chief competitor Intel time to convince its customers (i.e. everyone) that the low-power Atom C2000 range could tackle the same types of workloads previously thought a perfect fit for ARM chipsets without the need to make extensive changes to the software stack.

And indeed, the Thermal Design Point for the C2000 series is lower that TDP for A1100 – that’s right, some of Intel’s existing x86 server processors actually consume less power than AMD’s new ARM chipset.

And then there’s the emerging threat from the OpenPower Foundation – an organization that began licensing IBM’s tried and tested take on RISC architecture in 2014 and is also going after the same types of workloads.

The creek and the paddle

The original plan was to start shipping the octa-core A1100 – formerly known as Seattle - by the end of 2014, when everyone, including yours truly, was really excited about the prospects of ARM in the data center

Start-ups like Cavium, Applied Micro (as used by HP and PayPal) and even defunct Calxeda did all the groundwork, so all AMD had to do was to join the party. But despite its promises, the company delivered no ARM chipset in 2014 – for reasons it never fully explained.

The launch was then moved to 2015, when everyone was still excited about the prospects of ARM in the data center. AMD widely publicized its plans, going through a number of briefings and presentations - but once again failed to deliver a chipset.

It is now the Year of Our Lord 2016, and I’m starting to think that the revolution which, according to previous statements by ARM, would put low-power SoCs in 20 percent of servers sold in 2020 has been postponed, if not cancelled altogether.

The server market obeys the same rules as any other market: success of a product hinges not just on its quality, but also on the combination of advertising, marketing, media coverage and public opinion.

If AMD released the Opteron A1100 in 2014, it would have hit the apex of Gartner’s Hype Cycle, surfing the wave of ‘inflated expectations’ and selling a ton of chipsets in the process.

Today, we’re making our miserable way through the ‘through of disillusionment’ when the industry is starting to realize that the number of uses for ARM-based servers is actually fairly limited, and nobody besides HPE even mentions ‘micro servers’ anymore – that’s the same micro servers IDC predicted would have a 10 percent market share in 2016.

AMD openly admits that the focus of Opteron A1100 is on developers and ‘building the ecosystem’, not huge deployments in hyperscale data centers. In line with this vision, AMD’s partners for the launch include a mix of start-ups and companies from Asia that you’ve never heard about, with the exception of Caswell, a subsidiary of Innocon, which is in turn a subsidiary of Foxconn. See, a familiar name there!

Compare this with IBM’s Power, a well-established architecture that has been going strong since the late eighties and has all the might of the Big Blue behind it. White-box makers like Tyan, Quanta and Wistron are also on board - and these guys build servers for many of the world’s largest digital businesses.

It looks like AMD’s best hope at success is more competition in the ARM space: the company might have been late, but the prize for the most obscure low-power chipset actually goes to Qualcomm, which despite its expertise in all matters ARM has repeatedly delayed its 24-core, as of yet unnamed piece of silicon, while refusing to provide any substantial information about it - though we recently had hints that Qualcomm-based ARM systems are being developed in China, or tested by Google.

If and when Qualcomm finally releases its own take on server-side ARM, the two companies can truly start to climb the ‘slope of enlightenment’ in order to figure out what to do with all this new technology.

AMD’s current ARM development roadmap culminates in a chipset codenamed ‘K12’ that will use cores based on the same principles, but designed in-house. It is expected to deliver considerably more compute than Seattle, but the release has already been pushed back from 2016 to 2017.

Both the ARM-based K12 and the hotly anticipated Zen architecture for x86 need to succeed if AMD is to remain relevant. Somebody needs to keep Intel on its toes, right?

This article appeared in the February issue of DatacenterDynamics magazine