The Edge data center will be home to the Metaverse 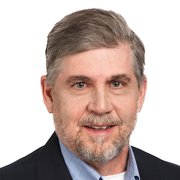 Linn Gowen is VP of business development at 1623 Farnam

High capacity IT infrastructure is needed to support the idea of the metaverse, making edge data centers more crucial than ever

The promise of the metaverse is nothing less than a total transformation of the way we work, play, and live. In order to come anywhere close to meeting this promise, the metaverse must be so big that it's pervasive. How can something of this scope be possible? The answer lies inside your friendly neighbourhood edge data center.

The future is virtual

Major tech players like Microsoft, Zoom, Epic Games and Facebook have made it clear they see huge potential in the metaverse. Even apparel corporations like Nike and Ralph Lauren are willing to invest big money into the idea. With all the attention and excitement, it may seem like the metaverse is just around the corner. However, there are still so many more questions than answers. Although Facebook’s Mark Zuckerberg claims the metaverse will be mainstream in the next 5-10 years, others aren’t so sure. Time magazine’s Andrew R. Chow speculates that Zuckerberg’s “singular version of the metaverse is decades away from fruition, if even possible at all … The amount of social coordination, infrastructure building and technological advancement it would take to build a universal metaverse like those portrayed in sci-fi is immense”.

So, what kind of technological advancements and infrastructure building are we talking about? Firstly, there needs to be hardware – both for users and content creators that doesn’t exist yet. Secondly, a significant auxiliary source of processing power must be activated to support new and massive computing functions. Thirdly, there is the software behind the virtual platforms that must be developed. This last factor seems to be drawing the most attention, but there is another, perhaps more important factor that will determine the fate of the metaverse. That factor is the network supporting all three of these developments. The metaverse will require constant, instantaneous, high bandwidth data transfers that simply aren’t currently possible.

Networks aren’t set for the Metaverse

The Internet’s design is based on sharing files from one computer to another, with a server communicating with an endpoint or another serving individually. What the metaverse will require is constant interaction between hundreds, thousands, maybe even millions of other servers or user devices, and responsiveness in real time. It can be tricky to realize this capability is so far away. For example, text chats and social media seem interactive between hundreds of participants and are more common than ever. Although it may not seem like it, these interactions only require a single connection with an individual server. Multiplayer video game experiences are more accurate and comparable, but they, too, are deceptive.

Gaming has become adept at hosting hundreds of thousands of users in the same cyberspace by dividing them up onto server nodes where only a handful interact with each other at any given time. In 2019 Fortnite famously hosted a virtual concert by famed DJ Marshmello where over 10 million users logged on to participate. However, the idea that this amount of people were concurrently interacting in a shared experience is illusory. Fortnite divided the audience into groups of 100 where you could only interact with 3 other participants. Technically speaking the event was 100,000 versions of an experience happening approximately at the same time. A similar event featuring rapper Travis Scott last year boasted a record-setting 12 million users through the same method, prompting questions about server disruptions in some areas. Even just providing the illusion of a live, synchronous experience is problematic on today’s networks, not to mention providing the real thing.

Chow cites the failure of virtual and augmented reality technology to reach mainstream adoption as a discussion point for the metaverse, and it's an apt one. Although the VR market continues to grow, the experience remains far from optimal, and is likely one of the primary factors in its underperformance as a commodity. Could the lesson from VR be that if latency or lost packets hurts the experience, the product in general loses desirability? If so, the metaverse will put this tendency on full blast. So what gives?

In many ways, the emergence of the metaverse relies on the emergence of a new network to support it. Since we know the biggest corporations in the world are already on board, the onus is now on those running the networks to keep pace. As a result, the industry needs to shift its thinking in regard to the metaverse. Since it's not an application that runs alongside any existing service or network, in many ways the metaverse represents the next generation of Internet infrastructure. Innovations such as Nvidia’s 800 Gbps servers will help, but they won’t replace the need for next generation infrastructure, infrastructure that needs to be as pervasive as the virtual worlds they help build. To reduce latency, the optimal proximity of data centers to the end user will be as crucial as ever. Questions about the metaverse seem to center around what, who, and when, but the answer to one of the most important questions – where – is likely edge data centers.