The edge could be a winning card for telcos

For some time now, I’ve been trying to talk more about “digital infrastructure” than “data centers.” That’s because the connections that link data centers, their users and other resources such as power, are just as important as the servers and infrastructure inside the buildings.

The cloud was obviously the first sign of that. When it emerged, it seemed that network connections had made the location of servers irrelevant. But in fact, early cloud services were just taking network connectivity for granted, and the actual shortfall in connectivity tended to undermine the acceptance of those services. 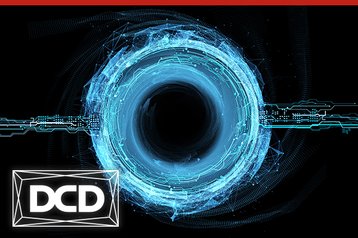 Now, we’re continually hearing about “Edge” resources, which put data centers close to their users and close to the other devices they have to interact with, such as the myriad of sensors that enable the Internet of Things. Data center hardware vendors are offering “edge facilities”, which are usually a variant on micro data centers. Anything from a rack to a shipping container. These, we are told, can be placed wherever edge applications require them to go.

However, where exactly will that be? To talk with a large number of sensors, or a large number of users, these facilities will have to talk wirelessly. And the users and sensors will need existing low-cost, mass-produced connectivity. That means that, in a lot of cases, edge means users and sensors connected by mobile data, and the best place for the edge facility will in fact be a box at a cell tower, using the tower to connect to the local sources and users. This idea was very clearly set out at DCD’s Edge Summit in Dallas last year.

In the six months since that event, I’ve had about half a dozen companies describe edge facilities specifically aimed at the base of cell towers. They range from suitcase-sized liquid-cooled boxes, up to the shipping containers I mentioned previously.

The best pitches will need to include some indication of a partnership with a cell tower firm, either an actual mobile operator or, better still, one of the lesser-known management companies that manage the estate of towers on their behalf. Vapor IO, for instance, has a partnership with Crown Castle.

It seems that Edge is happening, and in the process, it looks like it will give those mobile infrastructure players a much stronger role in the Internet.

All this is an over-simplification, of course, because others at that DCD event also pointed out that edge will be defined as much by the use-case and the application as by the hardware. ”I don’t think edge is a location or a size - it’s an application,” suggested Joe Reele, vice president, data center solution architect at Schneider Electric.

This means that an application running in a remote facility might still qualify as an edge application, if the latency to the users and devices involved is such that that genuine edge data is being processed there. That might sound fanciful, but major cloud providers are busily upgrading global fiber links to cut this latency. There’s a limit, of course: if you need response times in a few milliseconds (for things like VR) you have to be really close to the user.

But many applications simply log edge data and produce near-real-time reports, which can be as remote as you like. So your US or European edge application could conceivably be running in a data center in Iceland. But the quality of the connection to those application will be of such importance that even for remote hyperscale facilities, the network provision will have increasing importance.