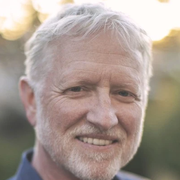 Jim Fournier is CEO and founder of Tru Social Inc

Why we need a new, clean data paradigm and how we can build it

When the tech giants that now shape the internet first launched, they did so without a business model. They set out to scale first and figure it out later—and what they figured out was how to sell advertising.

The issue, of course, is that digital advertising gave rise to a new kind of customization. Data mining and surveillance designed to serve ads ultimately created the filter bubble and unintended consequences for society. It turns out, the current business model on the internet is incompatible with a healthy society and often with reality.

Putting up guard rails for existing platforms isn’t enough—it’s time to completely redesign the assumptions on the internet. We need to shift to new business models that aren’t built on the exploitation of individuals and their data.

The problem with our tech landscape

From the spread of misinformation and propaganda, to the exploitation of personal data, to ad-fraud and brand damage for advertisers, it’s clear the current model just isn’t working. The existing data paradigm isn’t viable for three key reasons:

The Fortune 500 and virtually all other companies want a direct relationship with their customers. And in the Google-and-Facebook-dominated world, they aren’t getting it. Companies are being disintermediated and distanced from their customers through online interactions based on adtech. Ad fraud is also rampant, and advertisers face brand damage when their ads wind up on the wrong content.

The growing patchwork of regulations across the globe demands a new data paradigm. If you’re an international business, you need a single cohesive global data solution. If, for example, your US user goes to Europe and is suddenly on a European IP address, they’ll fall under the General Data Protection Regulation (GDPR). It’s incredibly difficult to maintain multiple data regimes as a global company—ideally, you operate under one set of rules that gives you a direct relationship with your customers.

3 The cost of bad data

In 2016, IBM and Harvard Business Review published a study that put the cost of bad data—inconsistent and incorrect personal data and customer profiles—at $3.1 trillion per year for US businesses (Harvard Business Review). That number is staggering, and even if the figure were just ten percent of that, solving bad data could be worth more than the $300 billion adtech industry. Inaccurate data is an enormous unseen cost to our economy.

The case for co-managed data

So how do we replace this problematic system with a new, clean data paradigm? One without manipulative advertising based on mining people’s data?

The future of the internet is co-managed data. There’s a lot of talk in certain circles about “owning your own data” and having “data sovereignty”. And while those terms sound good, the reality is that pretty much all data is a relationship between you and some other party, and what you really need is to be able to conveniently co-manage your data in that relationship.

There’s a lot of talk about “owning your own data” and having “data sovereignty”. The reality is that pretty much all data is a relationship between you and some other party, and what you really need is to co-manage your data in that relationship.

In an agent-based co-managed data model, each individual can manage their own data with all the organizations that they choose to under an automated system. Data exchange is governed by a standard framework agreement that companies can’t unilaterally change.

From a technical perspective, this model is based on a “cloud agent” paradigm. Individual users each have an agent that operates as their representative in co-managed data relationships. Each organization also has an agent operating either as a cloud service or on their own server. Then, when an individual chooses to share data with an organization, they can do it in one click using a profile, and they can do it in a way that is digitally signed, auditable, verifiable and secure.

Such a system is genuinely decentralized and interoperable and not locked into a particular blockchain or token. It’s a new paradigm on the internet, and certainly won’t happen overnight. But it makes possible a situation that will actually serve all parties’ interests in a way they aren’t being served now.

The big tech companies controlling our current internet landscape have business models based on exploiting our personal data. It’s built into their DNA. They treat people as the product instead of the customer. A data paradigm shift is increasingly inevitable—and we are beginning to see the infrastructure necessary to support it. JLINC is an open, agent-based protocol that provides a saleable solution to GDPR. Tru is a social technology platform built on that foundation, where the personal data agent is provided by a benefit corporation with personal data integrity written into its founding articles.