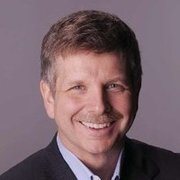 Liquid cooling used to be the only way to cool large computers. Now the technique is coming back into its own

Liquid cooling for electronic components isn’t a new technology – it’s been used since before 1887 for insulating and cooling high-voltage transformers. One of the earliest uses for liquid cooling compute equipment was in the 1960s, with IBM’s System 360 computers. By the 1980s, liquid cooling was popular for supercomputers and mainframes, the early precursors to today’s data centers in terms of computer density, power use and heat generation. Now, in 2019, liquid cooling is, once again, becoming the go-to solution for data center cooling.

So how and why have cooling technologies evolved from liquid, to air, and back to liquid again? 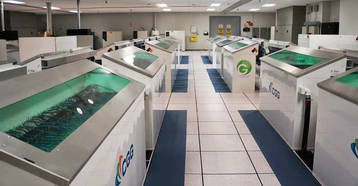 Back in the swim

In the early days of mainframe computing, there were few alternatives to liquid cooling. The heat density of the equipment simply could not be handled with air cooling. The superior heat transfer capabilities of liquid (over 1,000x more heat capacity than air) provided mainframe manufacturers with a reliable solution.

All that changed with the introduction of complementary metal–oxide–semiconductors (CMOS). This technology radically reduced the power consumption (and therefore heat generated) by the semiconductors used to build computer systems, and it became possible to cool these systems with air, at a lower cost than liquid cooling. Over the last few decades, air cooling systems have become more efficient, as new technologies have moved the cooling system closer to the heat loads – from the perimeter of the room with computer room air conditioning (CRAC) and computer room air handlers (CRAH), into the row of racks (in-row cooling), to the back of the rack (rear-door heat exchangers). However, at the same time the heat generated by ever more powerful servers continues to escalate – pushing, and exceeding, the limits of air-cooling capabilities.

Now, the pendulum is swinging back. New applications like blockchain, artificial intelligence (AI), machine learning, and other high-performance computing applications require more powerful systems. And more powerful systems mean more heat. The once economical air cooling solutions are becoming increasingly complex and costly to build and operate, as they struggle to keep up with these new demands. At the same time, liquid cooling solutions have become increasingly cost effective, and often provide higher ROI and lower total cost of ownership than their air-cooled counterparts. These benefits are no longer limited to just high-density data centers. In fact, many of the economic benefits are realized with density as low as 15 kw per rack.

This transition back to liquid cooling started in early 2000.

These are no longer niche solutions. Data centers are now broadly adopting liquid cooling. A 2018 Uptime Institute survey revealed that 14 percent of data centers currently use some form of liquid cooling to address their needs for increased efficiency and lower operating costs. Which liquid cooling solution is right for your organization depends on a variety of factors including your rack densities, space constraints, data center or edge location requirements, if the computing systems are GPU and ASIC-based or CPU-based, server refresh cycle, and if the space is a retrofit or a new build.

Cooling the equipment is one of the major challenges of managing any dense computing environment. As new high-performance computing applications require even more power and generate more heat, they’re exceeding the capabilities of air-cooling. Liquid cooling is a cost-effective solution – offering higher return on investment and lower total cost of ownership for almost all data centers. If you haven’t investigated liquid cooling for your data center yet, now is the time.