2016 will see DCIM, edge data centers and modular finally come into their own

My predictions for 2015 fared well, with a couple of notable failures. Now, let’s turn our attention to the future and discuss what is in store for the data center market in 2016.

There has been a great deal of talk about modular data centers, yet relatively low adoption. That will change in 2016 with a substantially higher rate of adoption due to new concepts on the market.

Most people relate modular data centers to shipping containers. Modular no longer has to have the negative connotations associated with constraining containers thanks to concepts like CenterCore. With open white space and ceiling heights similar to that of traditional construction, while maintaining the advantages of speed to market, scalability, and accelerated depreciation of modular, the market paradigm is poised to shift.

The line between retail and wholesale colocation has been increasingly blurry over the past few years. The line used to be drawn at about 1MW of capacity, but the wholesale players are now coming down as far as 250kW and are offering more managed services than ever. Meanwhile, traditional retail players such as ViaWest are signing customers to increasingly larger deals into the multi-megawatt range while still offering the same array of managed services. 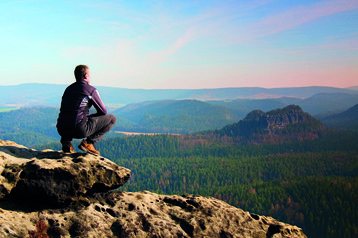 3. The race to the edge will continue

The rise of edge data centers is well documented with pioneers EdgeConneX and vXchnge establishing an advantage over the rest. With our never-ending appetite for content and decreasing attention spans, the race to the edge will continue with more players joining in. The focus to date has been on cable and telecom connectivity, but the next frontier will be mobile where more and more people are accessing their content.

The DCIM market has been riding the hype cycle for quite some time. But hype alone cannot sustain the over 70 companies listed on Rhonda Ascierto’s “DCIM Metro Map.” With all of the attention, yet relatively low adoption, one must assume DCIM is past the “Peak of Inflated Expectations” and the “Trough of Disillusionment” and is now trending toward maturity and productivity.

The knock on DCIM is that there is too much noise in the market (i.e. too many players) to determine who is real and who isn’t. Adoption will continue slow and steady until the market shakes out and there are more visible success stories.

The adoption of renewable energy in 2015, especially by the colocation market, was surprising. It shows that renewable energy has matured to the point where it is no longer a marketing gimmick, but is now a competitive advantage.

The colocation market is a cut-throat competition. So, if renewables didn’t make business sense, colocation players would be putting themselves at a disadvantage by sourcing their energy in such a way.

I believe adoption of renewable energy will accelerate in 2016, if for no other reason than risk mitigation. After all, who wouldn’t want to lock in your power rate for 20 years?

In 2016, TCO will actually lose ground in data center design consideration. It defies logic, but I have witnessed a movement back toward pure capex driven decisions over considerations of energy efficiency, accelerated depreciation, and other financial factors. This seems to be more prevalent with enterprises, but I have seen examples across market sectors. Kudos to those enlightened souls that understand the benefits to be gained for years to come. 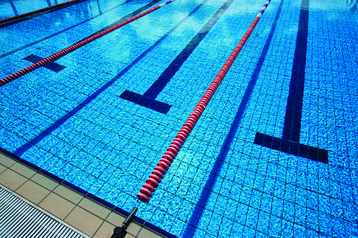 The drought in California brought the issue of water use and conservation to the forefront of our consciousness in 2015. Given that water is the most subsidized and underpriced utility in the US, it will become a larger factor in TCO (for those that actually use this metric), but that will not be the reason it rises in importance in data center design.

Although geographically driven, risk mitigation will be the reason water usage climbs the ladder of design considerations. Simple availability has to be a consideration in this era of droughts and other extreme weather. As with renewable energy, it simply makes business sense.

Lower levels of redundancy have become a product offering. Although I cannot take credit for the catchy name, heard after hours at a 7x24 Exchange Conference a couple of years ago from Jason Scandrol quoting the words of a wise IT sage he once worked with.

Whether it be bitcoin miners or a research cluster, there are many instances that do not require anything more than street power. Why pay for the redundancy if you don’t need it? Look for more service providers to follow suit.

Power densities were relatively flat in 2015, with some trending upward toward the end of the year in the projects we evaluated. This trend will continue in 2016 with a steady rise in density across all market sectors.

Legacy equipment is finding its way out of enterprise data centers, giving way to new equipment capable of more computing in a smaller footprint.

Production data centers in higher education are averaging 5kW per cabinet, while a research facility we designed came in at an average of 40kW per cabinet.

10. Hybrid IT rules the day

Many have predicted that public cloud would dominate the IT landscape. Although usage is rising sharply, it is nowhere near the IT market share that some have predicted. There are many reasons this growth hasn’t come to be such as security concerns, migration complexity, and simple FUD.

Given the massive growth of IT and data in general, there is room for everyone. Enterprises will spend more time evaluating what they can offload into the cloud, colocation, and what they want to keep in their own data center.

There you have it; my fearless predictions for the New Year. I have no doubt there are misses in this list and hopefully a few direct hits. I am interested in hearing your thoughts on the list, so please share your comments and let the debate begin.