Taking the heat out of temperature control

In order to keep up with advances in data center technologies, cooling strategies have evolved rapidly in recent years 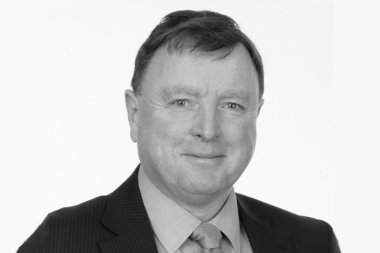 Since their inception, the issue of temperature control has been an ongoing challenge for data centers and cooling remains a critical part of their infrastructure. A number of approaches are available to maintain the necessary temperatures that keep a facility’s electronic equipment running effectively.

Most of these strategies have traditionally focused on targeted cooling, but new ideas are increasingly replacing the ‘freeze-the-servers’ mentality. That is because the needs associated with temperature control are changing along with advances in data center layout and the emergence of more robust computer technology. Higher permissible operating temperatures are moving the parameters of what an optimal environment looks like.

It is estimated that the cooling process accounts for up to 40 percent of all power consumed by data centers. As pressure mounts to reduce costs in order to attract new customers and retain existing ones, many data centers are trying innovative ways to tackle this issue.

For example, earlier this year it was reported that plans are underway for a record-sized data center inside the Arctic Circle, a region of the planet that is naturally cool and has ideal humidity to keep servers cool. Meanwhile, Microsoft has been experimenting with underwater data centers that could be both cost effective and environmentally friendly.

However, operators do not necessarily need to go as far as plunging their equipment into the sea or moving to the Arctic to keep cool.

Ensuring optimal cooling in a data center not only lowers operational expenditure, but it reduces the load on equipment cooling mechanisms. It also extends the lifespan of IT hardware, improves Power Usage Effectiveness (PUE), and reduces the risk of server failure.

For years, data centers have relied on so-called ‘chaos’ air distribution to maintain optimum running air temperatures. Perimeter computer room air-conditioning (CRAC) units push out large volumes of chilled air to cool the equipment and drive heat from servers towards air ducts. The problem is that hot exhaust air can re-circulate back into the air surrounding the server causing IT equipment to reach dangerous temperatures.

Modern servers can, in fact, withstand temperatures beyond what people perceive. There is now a greater understanding of optimum data center layout to minimize the hotspots that occur when air does not move through the space correctly. With the air leaving a server anywhere up to 15°C higher than that entering it, the system can heat up very quickly.

Containment solutions have emerged that address the issue of allowing freely moving air to mix, such as computer rows without opposing cold or hot aisles and isolated equipment that is not configured in a hot or cold aisle format. Containment effectively reduces the power consumption of a data center and can result in significant cost benefits.

By carefully considering the layout of their facility, and ensuring that airflow is consistent and reliable, data center managers can provide a suitable environment for maximizing the reliability and performance of IT hardware.

These changes in understanding how to manage air movement have led to a shift from cooling the whole room with a flood of cold air, to heat removal, where hot air is taken away from the outlet of the server. If you consider that almost all the electrical energy in a data center will eventually become heat, rather than making the space a fridge to combat this, it is much more effective and energy efficient to take the hot air that is being generated to the outdoor environment.

The decision to invest in cooling infrastructure is easy, however, choosing the method with which you regulate temperature within the data center can be more challenging. By opting for heat removal systems that take advantage of the outdoor climate, cooling assets can often pay for themselves very quickly when compared with using more traditional cooling operating environments.

Some solutions currently available on the market exploit free cooling by using a water circuit as a go-between when the outdoor air is colder than the indoor conditions. With higher indoor temperatures, these products extend the mix-mode, where both the free cooling and the direct expansion operate simultaneously. The system benefits from the ‘cube root’ principle, where if the free cool circuit can provide 20 percent of what is required, then this is 20 percent less for the direct expansion circuit, saving near 50 percent in energy consumption.

Cooling and efficiency strategies are constantly evolving, but removing heat from the data center is proving to be more effective and cheaper to run than a ‘cool at all costs’ approach. Fueled by the rise of technologies such adiabatic evaporation and free cooling, we can expect this trend to continue progressing over the coming years.

Mike Hayes is applications specialist at DencoHappel, a part of FläktGroup