Scaling out instead of up

Build more data centers instead of simply upgrading what you have 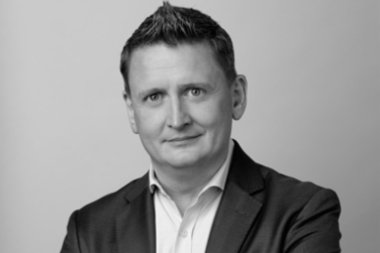 Scaling is one of the most important tasks for data centers because their services are needed more every day. Data is an industry growing quickly, and it’s estimated to hit a $56 billion-dollar market volume by 2020. This requires data centers to scale at an unprecedented rate, which is why the question of vertical and horizontal scaling is an important one. 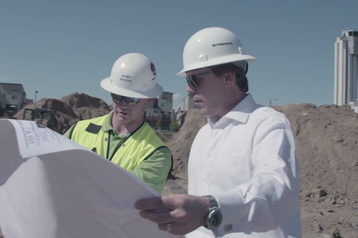 Vertical scaling is all about improving a data center’s capabilities via upgrading equipment by switching out components and improving the power of the computer systems that already exist in your arsenal.

This is a strategy that’s steadily moving out of vogue as time goes on because as demand and the rate of technology advancement both speed up it becomes much harder to just shut your computing down to upgrade it. Downtime isn’t an acceptable option for data center managers, which is why the horizontal alternative is becoming accepted as a better idea.

Horizontal scaling is based on expansion by adding more servers and building more data centers. This is a strategy being adopted by companies across the country, from cloud giants building their hyperscale data centers to edge computing taking off in the form of new smaller data centers popping up.

Upgrading was at one point something you did just to the systems you had. You could switch out the computing components for those that were better and that would be enough. You could afford to grow at a slower rate, which meant staving off the eventual need to add more server racks and expand your operation. But that’s not the case anymore. Fundamental changes to server technology are making it harder to make changes to existing materials instead of investing in new materials.

Taking advantage of the horizontal revolution

Building out existing and new structures allows data center managers to reliably integrate the advancements in computing technology. Fundamental alterations to server racks and cooling systems can’t be implemented quickly. Trying to make those kinds of upgrades to a system takes time - and that means downtime. Whether it’s expanding an existing facility or building a new one, expanding outwards is the most effective way to take advantage of the possibilities that exist right now.

One of the key benefits of a horizontal scaling strategy is the way it allows you to enter the growing economy of edge computing. These data centers are smaller structures that house servers for a smaller geographical area, and they’re being used to spread fast computing to cities and towns that have traditionally been underserved.

This is a growing opportunity - and an important one - because the top end of the data center market is running off to companies like Amazon, Microsoft and Google. They’re building entire facilities designed for near-infinite scaling, and while chasing the kind of technology they’re using might be difficult the lesson of that kind of horizontal scaling is very important.

Trends for data centers are changing. Expansion is happening in a much wider way than ever before, and vertical scaling isn’t cutting it. Data centers are scaling horizontally in the form of hyperscale and edge data centers. This is helping them take advantage of the technological advancements in server technology as well as the trends in the industry towards expanded services across larger spaces. Expanding a current facility allows you to establish more advanced server rack and implement new kinds of data center infrastructure. Building smaller data centers allows you to expand your reach with efficient investments.

It’s an exciting time for the data center industry, and the best way to engage with it is by spreading wide instead of building up.