SAS or NVMe? That is the question 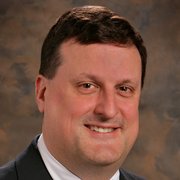 Tim Klein is president, CEO and co-founder of Atto Technology

Whether 'tis nobler in the mind to go for higher performance or lower cost in data center SSDs...

Security, stability, scalability and ease of management all feature at the top of every storage architect’s priority list when it comes to selecting storage solutions to support their ecosystem and respond to today’s business challenges. With new technologies regularly entering the market, there are many variables to weigh and assess before committing to a purchase. One such example is NVMe (Non-Volatile Memory express), a protocol designed for solid state drives (SSDs).

Offering significantly higher IOPS than other storage media, SSDs have been adopted for primary storage across various industries. The commoditization of NAND flash has led to a major reduction in price, with smaller-capacity SSDs competing with Hard Disk Drives (HDDs) for market share.

The two key protocols that support SSDs are SAS and NVMe. So how should IT architects evaluate and integrate these technologies into their data centres? This article explores both SAS and NVMe protocols, evaluates their key characteristics, advantages and disadvantages, and discusses the role of SAS and NVMe in the datacentre today, tomorrow, and beyond.

NVMe was purposefully designed for the unique characteristics of SSDs in order to optimise performance. NVMe SSDs could see throughput rates of up to 32Gbyte/s and some do reach 10 million IOPS. However, current limitations in hardware and application infrastructure make it difficult to reach this level of performance cost-effectively.

NVMe SSDs prices can exceed ten times more per GB than traditional HDDs. As a result, the investment required to purchase NVMe all-flash arrays remains extremely high, and it will take several more years before more cost-effective solutions become available. What’s more, management tools such as the NVMe Management Interface (NVMe-MI) specification are still in development and not yet widely deployed.

Low-overhead NVMe technology looks very promising for future wide-scale deployments, however it is proven, reliable and effective technologies that IT teams require today.

A general-purpose communication protocol for HDDs, SSDs, tape and other storage media, SAS also offers very high performance: a single SAS port can achieve a top speed of 2.4Gbytes per sedond and millions of IOPS. With a 30-year history, the roadmap for the SAS protocol is poised to support even higher performance in the coming years to meet the increasing demands of tomorrow’s data centre. For instance, the upcoming 24Gbyte/s SAS will allow users to scale up to high-performance 24Gbyte./s storage without requiring major changes to current infrastructure built with today’s 12Gbyte/s storage. The SAS roadmap continues with 48Gbyte/s SAS expected as soon as 2025. With a lower cost per GB than NVMe, SAS architectures deliver cost-effective performance, especially when it comes to higher capacity SSDs and HDDs.

The majority of data centres today depend on SCSI-based technology, SCSI being the underlying command set behind SAS. The decision to move to a completely different I/O protocol such as NVMe necessitates a major forklift upgrade, which would involve not only changes to management interfaces and tools, but also to the architecture, controllers, NVMe-supported servers, and data protection to name a few. No matter how alluring the performance promises of NVMe are, the switch is not a trivial one, economically or operationally.

Data centre-level SSDs has seen a slower rate of uptake, mostly due to cost. SAS-based SSDs and HDDs will continue to be consumed at a higher rate than NVMe

In addition, capacity requirements must be considered. HDDs allow for two to ten times more capacity than SSDs and, as such, SSD storage can only support a small percentage of the overall data volume of the typical data centre. HDDs' capacity advantage also translates into significant cost savings. For HDD-only and mixed environments, SAS is overwhelmingly the interface of choice.

In addition, SAS expanders enable cost-effective and straightforward scalability while NVMe utilises switch-based scaling, which adds costs and complexity to achieve higher performance. This makes SAS an even more economical choice for most workloads.

Software and OS vendors are currently developing applications and features that fully exploit the performance benefits of NVMe; however, until these vendors offer complete support for NVMe, IT teams will not experience the full potential of this protocol.

Future roles in the data centre

The adoption and distribution of SSDs in the data centre is on the rise and has led to a growing number of vendors developing new architectures to optimise how data is stored on and retrieved from SSDs. The result is a new class of storage companies that only support solid-state technology.

In the enterprise market, there has been massive growth in the adoption of consumer-grade SSDs, particularly by communications service providers, managed service providers and the media and entertainment markets.

However, data centre-level SSDs has seen a slower rate of uptake, mostly due to cost. This indicates that SAS-based SSDs and HDDs will continue to be consumed at a higher rate than NVMe because of their lower cost, higher capacity, and lower power characteristics.

The majority of IT decision-makers are not yet familiar with the total cost of ownership calculations of deploying SAS SSDs versus NVMe SSDs. This has been a limiting factor, in particularly with associated finance departments who prioritise the lowest prices, in determining how money is spent on hardware. There is still much education that needs to take place in this area.

To sum up, when it comes to raw performance, NVMe takes the lead. However, SAS has the advantage in other key considerations: scalability, manageability, power efficiency, reliability, security and support. With this in mind, it seems that SAS will remain the foundation for data centre computing for years to come.