New subsea and interconnection topologies for 2020 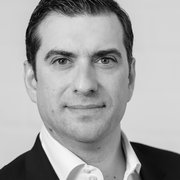 Tradition in transition: the flood of content is driving a big change in subsea cables

The worldwide network of subsea cables has been undergoing a reconfiguration and diversification process, much of which is the result of one driver: content.

Unlike past subsea construction, this shift sees over-the-top (OTT) content providers like Amazon, Google, Netflix and Facebook producing so much data demand that they have spurred new global subsea routes — at the center. In fact, reports show that in 2018, Netflix alone was responsible for 15 percent of global downstream Internet traffic. 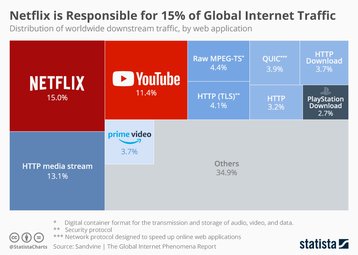 We’ve also noted the emergence of a synergistic relationship between subsea and peering, with content providers establishing new subsea systems that allow them to peer publicly or privately interconnect at strategic locations.

As traffic flows continue to shift, understanding the drivers, exploring resulting developments and staying ahead of the curve will be key for empowering the connected world.

Now, Netflix, Amazon, and Google have begun to transition from buyers to builders. Instead of acquiring capacity on external systems, these companies have the readily-available capital to build their own subsea routes and get exactly the traffic flows and topologies that suit them.

The need for route resilience and redundancy, combined with OTT’s desire to access large data centers — which can be in isolated locations that other less-tailored systems don’t reach — means that subsea is diversifying as a result of content domination. Now, it seems like infrastructure is migrating toward the Southern hemisphere and variegating from historically vital sites like New York City or Tokyo. While those locations do remain key, traffic and bandwidth in regions like Africa and Latin America are rising, and hubs like Marseille and Lisbon are emerging as important markets.

Alongside these new routes, thriving interconnection nodes are cropping up in a similar pattern. While we can’t definitively say which industry is leading the other, it’s clear that in many ways the two spheres are coalescing into a similar global geographic anatomy.

This simultaneous rise in peering is likely due to interconnection’s range of benefits, including many-to-many connectivity, direct connections, density, low latency, and security. Peering also provides advantages to content providers, including better support for massive data compute and storage demands. Subsequently, these industries will continue to grow alongside each other as vital co-enablers. Despite the fact that we don’t yet know exactly how this interplay is unfolding, we will gain more insight into this phenomenon in 2020 and beyond.

Underpinning the future of connectivity

Within subsea’s new content-driven context, changing traffic flows will define the future of global data mobility and management. To encourage this new wave, businesses need to remain ahead of the curve, keeping eyes on the changing tides to ensure that peering opportunities and capable infrastructure are at every emerging hub. As we head into 2020 and international subsea and interconnection grows denser and more diverse, envisioning the needs of future networks by understanding how drivers are reshaping the connectivity landscape will remain vital.