Network Observability: how NetOps teams can seize this new trend 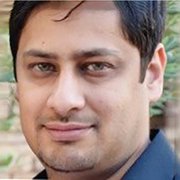 Kashif Hafeez is senior director of marketing at cPacket Networks

Observability makes problems visible and paves the way for automation

As the term “Observability” starts to pop up in webinars, at trade shows, in brochures and presentations, IT leaders and CIOs may naturally wonder how it is different from the network monitoring and network visibility solutions and tools that they are already familiar with. A Gartner report from 2020 defined “Observability” as “the evolution of monitoring into a process that offers insight into digital business applications, speeds up innovation and enhances customer experience.”

As the definition suggests, “observability” is an extension of network monitoring and has some overlap with “network visibility,” but it has a distinct meaning and use case.

Let’s break down what exactly observability means (and how it’s distinct from visibility and monitoring), why IT teams are using the term, and how it relates to network and datacenter operations.

An “observable” network is one where IT and NetOps teams have solutions in place to proactively surface network dependencies or issues before they affect users and services. Network observability metrics usually focus on the experience of the end-user and the health of an entire network connection rather than the individual devices along the way. Observability means that IT/NetOps has a holistic view of how the network impacts the services and experiences depending on it. The hallmark of an observability solution is that it offers the ability to uncover troubleshooting issues automatically, rather than relying on the NetOps team to spot them.

Observability may also be automated or made intelligent through machine learning, AI and big data analysis techniques layered on top of complete networking data. Many CIOs and CISOs are interested in this objective. Observability also paves the way for AIOps, where the fixes to network issues are automated entirely.

To achieve observability, an organization must have adequate visibility into their network. Visibility means having deep, accurate network data from all corners of the network. It must be comprehensive – there can be no blind spots where issues can go undetected. Depth matters as well; visibility requires detailed data like full packet captures in addition to NetFlow and log data, as well as the ability to get network data from public cloud deployments and SaaS applications. In contrast to observability, which emphasizes a well-rounded picture of the network and automatic issue detection, visibility is all about detailed, comprehensive network data.

Observability and visibility are two sides of the same coin and represent different ways to use the same data. The detailed network data from network visibility is often required to feed network observability tools, and the NetOps team will often need that data to fix the issues that observability solutions detect. The security team is often interested in network visibility because they need access to full packet data to scan for malware signatures, suspicious behavior, and conduct threat hunting. Network visibility is an important part of a successful Network Detection and Response (NDR) solution and has created the IT discipline of Network Security Operations (NetSecOps).

IT teams gain visibility and observability through successful network monitoring – it is the foundation that these other solutions and techniques are built on. In short, network monitoring means using tools like packet brokers or network TAPs to gather specific metrics like SNMP, NetFlow or packet data to track network device health. It answers specific questions about the performance of specific devices, like “is this node overloaded?” Monitoring is reactive because IT must select what and where they want to monitor while setting it up – they need to pick where in the network to place probes or which devices to collect metrics from.

The major public cloud providers used to be black boxes with no way for IT teams to access the packets traveling between cloud-hosted applications. Observability solutions are part of the push hybrid cloud

Monitoring is also limited – it only covers the specific things it is set up to cover and does not provide a holistic view of the network. If an issue arises in a segment where IT has not set up monitoring, they will have a blind spot. More blind spots mean a less holistic picture. Moreover, correlating and making sense out of the collected data from multiple segments of the network is a significant challenge. This leads to an issue called “watermelon dashboards” where the results from the monitoring tool are “green on the outside, red on the inside” meaning all indicators look good but users are still complaining about issues.

Why observe the network?

Modern network environments are complex and distributed. Network visibility and observability have developed out of the need to quickly and accurately identifying the source of issues, even if they are outside of the normal tech stack. Observability has grown in popularity because the increased use of the cloud and SaaS apps has exposed the limits of traditional network monitoring.

The three major public cloud providers used to be black boxes for visibility with no way for IT teams to access the packets traveling between their cloud-hosted applications. Observability solutions are part of the push for a more unified view of the hybrid-cloud and cloud-only networks. The automated capabilities for observability solutions are also attractive to IT teams trying to do more with less as their environment grows more complex. Successful network observability can provide significant value to the organization in the form of reduced Mean Time to Resolution, more productive employees, happier customers and more time for the IT team to spend on other projects.