It’s closing its data centers, but Netflix is not completely relying on the public cloud

Streaming media firm Netflix is a poster child for the cloud, with its last data center set to close this summer. But it still runs lots of its own IT hardware.

Netflix is a prime example of all sorts of trends in the media and tech industries. It pioneeered original content delivered on-demand, and it has moved faster to the cloud than other players.

The Wall Street Journal reported last week that Netflix would be closing its last data center, as it moves the last of its internal IT services onto the Amazon Web Services (AWS) public cloud. This sounds a big deal, as Netflix operates over the Internet and relies on high performance. It began the move to AWS in 2008, after a failure of its internal IT systems. 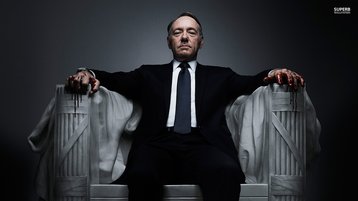 The road to power is paved with… lots of servers – Netflix

Trust the cloud - but run your own edge

Consider that. Back in 2008, a lot of people weren’t prepared to depend on the cloud, but cloud advocates argued that it could be more reliable, because it’s core business for the cloud providers. Netflix bought that argument and dived in, trusting AWS for its customer-facing services. Netflix’ main Internet streaming services have been hosted on AWS for some time now, and the last applications moving across are back-end admin systems.

But it’s not that simple. “Running on the public cloud” can mean a lot of different things. Netflix may not be hugging servers, but it actually owns a colossal number of them. It has its own content delivery networks. So, outside of AWS, Netflix content is handled on the company’s own equipment, installed within ISPs’ sites.

Since Netflix spends most of its time serving up the same shows to lots of people, these are cached close to the customers, where they can be served quickly and reliably. A problem at AWS would therefore have very little impact on the customer experience. In a real sense, it’s not actually relying on AWS.

The delivery system at the endge is more important to Netflix than where its data is hosted. Netflix’s CDN may not count as its own data centers, but it does consist of Netflix’ own hardware, colocated in other data centers.

So giving up its datya centers doesn’t save Netflix from owning and running its own servers, because delivering content turns out to be a specialized task that it needs to own.

The edge is different

It’s worth mentioning that those racks of CDN equipment probably aren’t specified for the same kind of efficiency as an in-house data center, or a mega-cloud, because different rules apply at the edge. As Kristian Kaufman of Akamai told me at CeBit, when you are locating servers remotely you have less control over the environment. To run a CDN, you focus on performance and reliability, with power efficiency somewhere down the list of requirements.

Finally, one of the strangest parts of this story is Amazon’s role. Netflix has used Amazon’s public cloud to build a business where Amazon now wants to be a contender. Amazon is offering on-demand video itself - and even though Amazon is the great cloud advocate, it’s lagging behind Netflix in the move to the public cloud. Amazon itself still runs its own internal IT in its own dedicated data centers.

A version of this article appeared on Green Datacenter News