We quite often hear of occasions when residents of an area oppose the arrival of a new data center. The data center is likely to be too noisy, of create too much traffic, or perhaps the residents object to the diesels generators installed for backup.

Recently the tables were turned. A group of data centers has opposed a proposal for new housing in their area. Are the machines standing up for their rights now? Do they want privacy from the noisy, messy humans that make the place untidy? 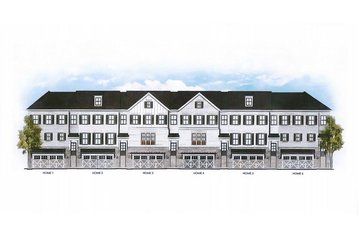 It’s not the singularity

Well, not exactly. It’s possible that machines are approaching a level of intelligence where they might express a preference for who they live with. After all, last year an AI program developed by Google beat the world Go champion. It’s nearly 20 years since IBM’s Deep Blue beat Gary Kasparov. These programs aren’t just told how to win: they are learning, and new research has come up with a system that learns to play at chess grandmaster level in 72 hours.

Computers might be getting bored with our company, even if we weren’t going through a period when humans, to be honest, really aren’t on their best behavior right now.

But we haven’t yet reached the technological singularity, the point when scientists have warned that machines take over, and become the new basis for society.

Data center owners are actually concerned that people might see confidential equipment or trespass on their sites.

What happened here is that a few data center owners and operators in the town of Alpharetta, Atlanta, objected to plans to build townhouses in a zone where their facilities are operating.

The district has been developed for data centers since the 1990s, according to a letter from one of them, Carter Validus. Meanwhile, a complaint from General Electric argue that building homes would be a bad thing for the people living in the homes - including the risk of diesel fumes and noise from backup generators.

That’s interesting, because a lot of data centers are currently being built in more-or-less residential areas. It’s necessary, as people need to have their data held and processed close to where they are.

When data centers move in near people, it’s generally argued that the pollution from their diesels is minimal, and people have nothing to complain about, so it’s interesting to see the Alpharetta data center owners use the noise and fumes as a way to keep people away.

But there’s another factor: the data center owners are actually concerned about risks to their facilities. Carter Validus warns that people might see confidential equipment. David Herr of E-Trade Financial echoes that, warning of people trespassing on their sites.

Data center owners usually argue that pollution from their diesels is minimal. In Alpharetta, they are using the chance of noise and fumes to keep people away.

Herr also worries that nearby people might have an impact on supplies of water and electricity. They might even allow an attack which would interrupt those supplies. “Classified information could be attacked or lost, due to temperature changes or failure of water and electricity supply for even seconds,” he says, according to the Atlanta Journal-Constitution.

That sounds like over-reaction to me. People often just object to any sort of change, and the data center owners’ fears sound like the mirror of the over-heated protests we hear when residents object to the arrival of a new facility.

Let’s hope that public meetings sort this out without any rancor.