IT at the speed of business

How can a traditional business transform into a data-driven, customer-focused, digital enterprise? 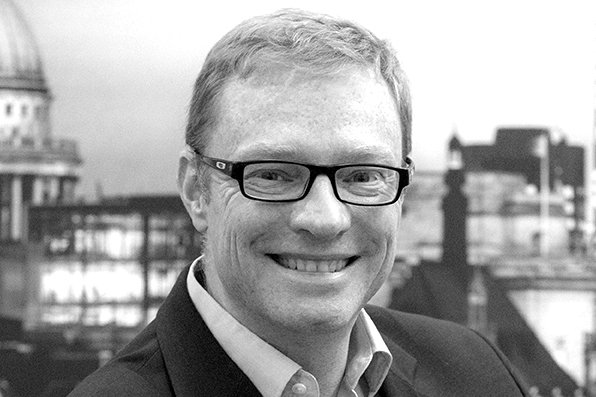 In the future, 2015 could be looked back upon as the year in which modern business changed its attitude towards technology, and fully embraced IT.

Whilst recently established businesses such as Airbnb, Alibaba and Uber have had technology at their core from their inception, legacy businesses are now realising that their focus also needs to change. Whether the business is Boots, British Airways or Burberry, they need to understand that in 2015 they are not a pharmacy, airline or retailer that has an IT department, but a technology company that happens to sell medication, flights or high-end fashion.

This paradigm shift is being born out of necessity. Consumers are demanding that businesses continually update their systems of engagement to keep pace with technology trends. Lean digital companies like the aforementioned Airbnb, Alibaba and Uber all have the ability to deliver new customer experiences and routes to market quickly.

Yet, traditional businesses wanting to deliver the same, find their legacy technology infrastructure can shackle any ability they have to speedily react to changing consumer demands. In addition, this legacy infrastructure can be especially budget sapping, with a never-ending cycle of expensive maintenance and low-value upgrades meaning an average company devotes more than 70% of its technology spend on sustaining legacy applications, according to Forrester research.

Stealing a march on the competition

So, how can business transform into a data-driven, customer-focused, digital enterprise, with a faster pace of innovation and speed to market? All the while cutting costs, boosting efficiency and adhering to data privacy laws, in a world where big data is putting immense pressures on the IT infrastructure.

In the dynamic international marketplace that we all now trade in, it’s not always the best ideas that win but the quickest to market. This is how Airbnb et al have been so successful. One of the key’s to their success is that they understand that they can’t control the hardware and devices their customers are using but can focus their attention on developing software applications (Apps) for the two most popular mobile operating systems – Apple iOS and Android – and this is essentially their primary route to market.

Once in a leadership position it is important that businesses don’t become complacent but remain agile. The corporate graveyard is filled with companies that have been out in front but taken their eye off the ball and been ultimately overtaken. HMV, Kodak and RIM Blackberry were all guilty of not reacting quickly enough to changing market conditions and all lost their leadership position seemingly overnight. In some cases, those companies no longer exist.

Those that have been able to operate on an agile footing are those companies that have found it easier to weather the economic storm of the last seven years.

Businesses from the largest multi-national organisations to the smallest family run start-up now store the majority of their data in bytes instead of boxes, meaning they now have access to more data than ever before. Increasingly, the ability to react quickly to changing market conditions will require these data assets to be effectively analysed.

With this data growing exponentially in those businesses wanting to embrace digital transformation, computing, storage and network solutions are increasingly characterised by clutter, complexity and cost. They typically comprise a plethora of different hardware and software components that leads to a significant over-provisioning and resource duplication.

Changing the perceptions of IT

The starting point for digital transformation is to change the view of IT from a cost centre to a revenue enabler.

Only when this thinking is flipped can an organisation truly build an agile, customer-centric business. Once technology is put at the core, businesses can achieve the integration, speed, scalability and resilience goals of a modern, digitally transformed business.

Converging towards a dynamic future

Converged infrastructure technology is one of the first steps on this path, and can help circumvent the sluggishness of physical infrastructure change and bring the cloud-like agility, efficiency and capability benefits to IT that businesses strive for. A scalable, agile, software-defined high capacity converged IT infrastructure can help organisations to manage and resolve emerging business trends quickly and effectively, thus reducing resource drain and the type of risks associated with shadow IT that would continue to occur if IT can’t provision new solutions fast enough.

The global research company IDC is in agreement. Its research into the business agility of organisations that have turned to a converged infrastructure platform saw that they have dramatically improved on the time to deploy and scale new services. In addition, IDC’s research found that moving to a converged infrastructure platform freed up IT resources to focus on more value-added, strategic activities, all while reducing operational costs.

It is imperative that traditional businesses transition quickly to stave off the competition from the new breed of companies that have only ever existed in the software realm. Those that have managed to do so have been the ones who themselves have redefined themselves within an app. British Airways has changed how it communicates with customers via a mobile device; Marriott changed its whole booking system to make it device friendly.

As forward thinking organisations continue their digital transformation and migrate their infrastructure towards converged systems, they take an important first step in joining the 2015 revolution and place technology at the core of their businesses processes. Thus opening the door to a more agile existence in the years to come.

Nigel Moulton is the CTO for EMEA at coverged infrastructure company VCE.