How to fend off lightning strikes 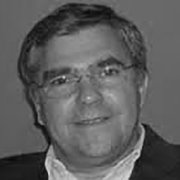 An essential but complex guide to lightning protection for data centers

Lightning strikes are sometimes cited as part of the cause of data center failures, including recent incidents at Google’s Ghislain data center in Belgium, and the Singapore Stock Exchange. However, protecting data centers from lightning strikes is no easy task. There are regularly updated documents for guidance, but nothing beats the expertise of an experienced professional to design and specify a protection system to ensure the safety of the building and everything in it, including personnel.

There are four major priorities in safeguarding data center operations: 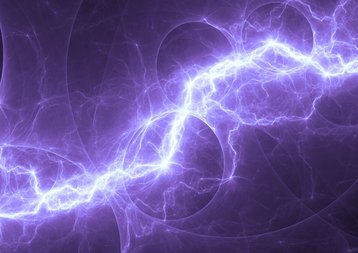 Continuity of power in a data center is paramount. Data centers consume huge amounts of energy, not just to run the IT systems, but also to cool equipment. The data centers of large companies have now increased to an average of 32MW, which is roughly the equivalent to a town of 25,000 inhabitants.

In general, data centers are required to have high systems availability with a maximum of four minutes downtime per year, which can only be achieved with redundancy of power supply from the energy distributor. To reduce the risk of power failure they usually have two medium-voltage sources, one of which serves as a backup. A third source, in the form of generators, is often found on site along with an uninterruptable power supply (UPS) to ensure power supply maintenance even in the event of a fault. UPSs also serve to safeguard the quality of electrical energy.

All of these power sources provide a route by which the damaging power of lightning can travel. Most of the damage caused by lightning strikes affects electrical and electronic components, via induced overvoltages on the lines entering the building. Metallic pipes (water, gas, etc.) can also introduce surges, while the lack of equipotentiality between the various services or between the various earth connections, can cause issues when the electric earth and the so-called “clean” computing earth are separated.

The installation of Type 1 + 2 surge arresters can protect incoming power lines and sensitive circuits when lightning strikes, due to their low residual overvoltage, however the earthing of the metal pipes that go into the building will be necessary in order to create an equipotential system.

Type 2 surge arresters are also required for the protection of computer systems, inverters and sensitive equipment. These surge arresters must be installed in the various electrical cabinets present on site.

Recent standards indicate that a conductor beyond 10m in length is no longer protected by a single surge arrester. In practice this is a maximum and may be much less depending on the configurations encountered.

The internal protection of a data center must be carried out in accordance with the concept of lightning protection zones, LPZ 0A through to zone LPZ 3 as defined in IEC 62305-4. The lightning protection zone LPZ 0A is the zone where a direct lightning strike is possible through to the zone LPZ 3, which is where terminal equipment is located and where the residual overvoltage must be kept low for this equipment to remain safe. Various surge arresters should be installed to prevent the energy from a lightning strike from cascading through the electrical network. 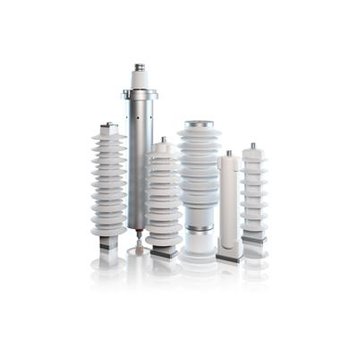 Data centers are vulnerable to physical and cyber attacks. They are protected by anti-intrusion systems (cameras, presence detectors …) and sophisticated surveillance that must also be protected against lightning and surges. These systems are mostly located outside the buildings and because data center sites are often very extensive, their protection is complicated.

The communication of data from outside to inside is mainly made through fiber optic cable. This type of bond is immune to overvoltage, however, there are wired connections via multi-paired data cables of the telecom type. These types of conductive connections are particularly sensitive to the indirect effects of lightning and to surges and should be protected by Type 2 surge arresters. Coaxial cable connections should be protected too, in accordance with the types of frequency signals, impedance, voltage and connector types used. Monitoring equipment, thermal cameras, identity control systems, security locks, fire detection and intrusion detection systems should also be protected. Grounding kits can be used to reduce overvoltage from all coaxial cables such as outdoor antennas and outdoor surveillance cameras. Type 2 surge arresters should be used for safety-critical equipment, which is often connected in multi-core cables.

The importance of proper protection is illustrated by events on August 13, 2015, when the “europe-west1-b” data center of Google Corporation in Saint-Ghislain, Belgium, was hit four times by lightning and the power supply was interrupted. As in all data centers, an emergency power system took over, but the damage was already done. Recently stored information on the hard disks was lost, Five percent of the storage equipment was affected and 0.000001 percent of all stored data was permanently lost. 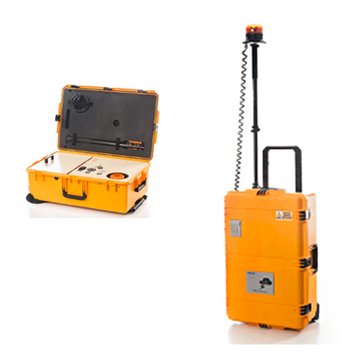 Protection of buildings and people

High points, such as communication antennas or the chimneys of generating sets, have a high probability of being struck by lightning. In such an event the lightning current will flow to earth via any conductive elements, such as concrete reinforcement irons, metal structures or metal cladding. To protect against lightning, special attention must be paid to connect these high points to the ground by external conductors.

Without protection measures, persons within a radius of 3 m around a down conductor at ground level are in danger. This danger zone is much greater than 3 m at height, especially when one is close to the point of impact, on the roof for example.

The protection of personnel may be secured by the following means:

If no external lightning protection is installed, lightning currents will flow randomly, by any conductive element, through the building causing possible injury to personnel and damage to equipment.

The installation of a lightning protection system as a mesh cage system with shock points or using early streamer air terminal is more than advisable. This must provide a protection radius that covers the entire surface of the building as well as other sensitive zones or surrounding buildings such as generators, cooling units, or ancillary buildings necessary for the proper functioning of the center.

Splitting the lightning current through multiple down conductors between high points (mesh circuit, active or passive lightning rods) and earthing system is good. This quickly grounds the current and reduces the necessary separation distance. A good spread of the lightning current through multiple conductors will reduce the induction effects of the conductors inside the building. This will reduce the induced overvoltage through the wiring of the building and lower the impact on surge arresters, prolonging their life. 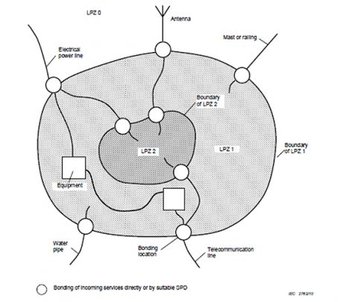 The distance between equipment connected to ground on the roof and the lightning conductors is an important consideration. The standard 62305-1 explains how to calculate this separation distance. If they are too close to each other, less than the separation distance, they must be bonded and a Type 1 surge arresters must be installed on all lines that supply power to this rooftop equipment. If, however, the distance is large, then no bonding is required and Type 2 surge arresters are required and sufficient. A Type 1 surge protection device (SPD) is 4-5 times more expensive than a Type 2 SPD.

A low impedance grounding system is the best solution for human safety and for reduced wear of surge arresters installed on the site.

The design of low impedance grounding requires measurements of soil resistivity. This is a critical factor in the design of the grounding system and the earthing efficiency can be used to ensure the dimensions of the surge arresters are tailored to maximize safety.

Surge arresters are classified into 3 types according to their test class as defined by IEC 61643-11 and their destination, i.e. the transition between two lightning protection zones.