The drought-stricken State of California has just amended its building regulations to help data centers use less water. It’s a good move because data center water usage has been discussed lately, and California has a lot of them.

What’s happened? California has amended a rule, so now “economizer” cooling systems can use a chemical refrigerant instead of water. 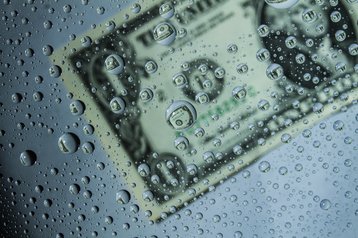 Refrigerant is not all bad

Emerson Network Power applied to do it differently earlier this year. Its Liebert DSE systems use  refrigerant in the cooling circuit instead of water, and then use outside air cooling when possible, and shift to a conventional CRAC when needed. Emerson reckons they can be more energy-efficient than a water-side economizer, while also using less water.

The facts are on Emerson’s side, but California had to balance two things, approving use of a vilified potential pollutant, in order conserve a natural resource that is literally drying up. The pressure of the ongoing drought is such that California made the change.

This could make the state’s data centers a lot less thirsty. In a comment on DatacenterDynamics’ article, Professor Ian Bitterlin says that, with the combination of air-cooling and electric chillers, water consumption can “tumble to almost nothing, if that is required”.

But how important is this? How bad is data centers’ so-called drink problem in the first place?

The water-power trade off

It’s been observed that there is a trade-off between water use and electricity use. Evaporative cooling has taken off in favourable climates, replacing traditional electro-mechanical cooling systems, because it consumes (cheap) water, uses very little (costly) electricity, and reduces the overall carbon footprint of the site. .

Turning the chillers back on could reduce water, at the cost of increasing electricity use and harming the PUE value of the data center.

So it looks as if we have a choice between using electricity and water - and this has led some to propose changing the long-established PUE measure. Jack Pouchet, of Emerson Network Power, put the case here, and we talked about it  here.

But we can leave that discussion on one side for now, because the trade-off between water and electricity usage is just an illusion, according to Prof Bitterlin.

The fact is that generating electricity uses water. The process of burning fossil fuels to drive steam turbines is particularly thirsty (notice the cooling towars at coal-fired power stations). If you look at the bigger system, and include the generation of the power you use, then using an electrical system to save water can be a very dumb move. If there’s fossil fuels in your mix, then the electricity you use is consuming more water upstream than you just saved on your site.

Of course, you can pay for renewable energy to offset the fossil fuels you just burnt - as Equinix has just done in California. That might - or might not - change the picture, but we haven’t time to go into that here.

There’s a much bigger point to make.

Data center water use is small compared with other industries. Prof Bitterlin suggests that a restaurant’s urinals can use as much water as 1MW of adiabatically cooled data center space (though it would depend how busy the restaurant is).

And agriculture uses much more water. California’s almond industry is being vilified as a water waster - to the extent that it defends itself here - and the production of milk and beef is much more water-intensive.