Prediction isn’t easy. Ron Vokoun takes the bows and beatings for his 2017 predictions

With 2017 in the rear view mirror, enterprises, colocation providers, and hyperscale players are evaluating their performance for last year and implementing their plans for 2018.

This year, people want to know what impact GDPR will have on operations? What do we do about the Spectre and Meltdown security flaws? What the heck is blockchain and how do we leverage it?

But before we look forward, let’s review what I predicted at the end of 2016. Without the benefit of a sophisticated AI algorithm, my predictions were somewhat less than perfect. So it’s time to take my bows and beatings for my Data Center and Cloud Predictions for 2017.

Was 2017 the Year of Modular? Did the hyperscalers’ commitment to sustainability remain strong? Did the server hugger finally die? Read on and find out how I did in predicting the data center and cloud market trends for 2017. 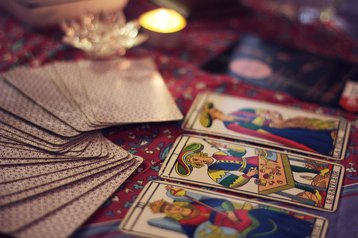 Although modular concepts did gain much wider acceptance in 2017, it didn’t happen in the way that I predicted. My prediction was that enterprises would deploy their IT in more granular increments and that edge computing would drive this adoption. From my view of the market, this isn’t what happened.

What I did see was modular, prefabricated mechanical and electrical components being implemented in data centers big and small. Concepts such as UPSs in a box outside of the data center building, skidded multi-stage mechanical systems, and entire electrical rooms in a skid format were utilized.

Leveraging lean manufacturing, as well as creating parallel paths during the construction process, enabled those enlightened souls to reap the benefits of improved quality, cost, and speed to market.

2. Network continues to hinder the cloud

Insufficient network capacity and/or performance did hinder the cloud in 2017, but the cloud providers answered by continuing to roll out massive amounts of edge capacity.

The wholesale colocation market has been driven by this tactic for the last couple of years and there is no end in sight. The cloud providers are getting the data and apps closer to the customer, thereby improving user experience.

As a result, cloud adoption continues to rise.

3. The server hugger is not dead

Indeed, the server huggers were alive and well in 2017. They continue to be driven by FUD (Fear, Uncertainty, Doubt) and live in highly regulated worlds like the financial and healthcare sectors. I did see progress in the healthcare sector with adoption of colocation and – to a much lesser extent – cloud. However, financial and healthcare organizations still keep a great deal of their sensitive information in-house.

Until there is a seismic shift, look for these users to move toward a balanced hybrid approach.

4. The cloud will not be all things to all people

We have heard – and no doubt will continue to hear – the cloud is taking over everything in its path. Although cloud’s growth is undeniable, many believe that not all workloads belong in the cloud.

Cloud costs have also kept some from fully adopting cloud while driving others from it. Lack of IT discipline will cost you far more in the cloud than in your own data center or colocation.

At the end of the day, a hybrid approach brings the balance that most are looking for.

5. The enterprise data center will not die in 2017

As I said in my predictions a year ago, the reports of the death of the enterprise data center are greatly exaggerated. Enterprise data centers are not being decommissioned and abandoned in great numbers. But there was a sale and leaseback trend that picked up steam in 2017.

As enterprises needed more capacity, they picked up colocation space or used the cloud as a mechanism for capacity bursting while keeping their existing data center assets.

This trend will continue; at least until enterprise assets reach the end of life, when the user will have a decision to make.

Despite the drastic change in the US political environment and the US leaving the Paris Climate Agreement in 2017, the commitment to renewable energy by the large data center and cloud players remained strong. The large cloud providers continued to fund massive wind farms and solar projects while the colocation providers used RECs as their vehicle to renewable energy use. The economics of renewable energy, as well as the brand value and risk avoidance aspects, have made it simply a part of how these companies do business.

Efforts continue to build on electronics recycling to keep old servers out of the landfill. But more work is required.

The use of water in the data center is also garnering more attention as this critical resource becomes scarcer. The strong influence of sustainability on the Infrastructure Masons Data Center Performance Index is another sign that sustainability is here to stay.

7. Colocation billing starts to resemble that of cloud

When Aligned Energy entered the colocation market with use-based billing, I thought it was just a matter of time before the market followed suit. Well, I could not have been more wrong. To date, I believe Aligned is the only data center provider offering this option.

Perhaps enterprises are getting better at predicting their current and future loads, or perhaps it’s simply resistance to change. In any case, the crystal ball failed on this one.

Although the edge market has grown dramatically, the drivers weren’t all what I’d thought they would be. IoT has certainly been a driver and will continue to be, but augmented and virtual reality haven’t done as much for the market as I thought they would.

Perhaps I was a little early in predicting the impact of AR and VR or simply wrong, but time will tell. And what will the impact of AI have on the edge market as it matures?

Well, there you have it! Similar to my grades in high school, it was a mixed bag. If you are going to throw stuff like this out there, you’ve also got to hold yourself accountable. Please let me know what you think - and keep an eye out for my fearless prognostications for 2018!