Glory be to the server

Why serverless computing offends me

Ah, the humble server – the foundation of our digital world.

These beautiful machines, full of precious minerals and dressed in sheet metal, are architected down to a nanometer and embody some of the most advanced scientific principles known to man.

They are the Morlocks to our Eloi, hidden away in the dark corners of the world, working endlessly for our benefit. They keep us nourished and clothed - but fortunately don’t try to eat us. 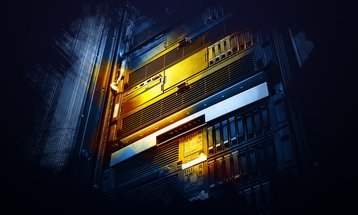 Imagine my dismay when I’m reading about serverless computing – the latest trend in public cloud infrastructure. Of course, it still requires servers, since you can’t conjure up processing capacity out of thin air. The term refers to simplified cloud services called ‘functions’ or ‘actions’ that are so far removed from the underlying infrastructure that you’ll never have to think about provisioning, scaling, and managing any hardware. All you need to do is configure an API, and suddenly you’ll have a distributed, auto-scaling database with pay-as-you go pricing.

The term ‘serverless’ entered mainstream consciousness around 2016, and was popularized by Amazon Web Services. Microsoft, Google, Oracle and IBM are all offering their take on this novel idea, and the Apache Foundation has adopted OpenWhisk – a serverless framework originally developed at IBM - as one of its Incubator projects.

But here’s my problem: calling it ‘serverless’ suggests that this model doesn’t require operations and facilities people; no servers also means no floor tiles, no power, no cooling, and here at DCD, we happen to hold all of these things in quite high regard.

Calling it ‘serverless’ is a disservice to the hard-working men and women who actually run the infrastructure that provides us with entertainment, stores our money, educates our children and makes the trains run on time. Downplaying the importance of servers in delivering those vital services is an affront to hardware designers and engineers.

And finally, calling it ‘serverless’ is just plain confusing – quite a feat in a field full of meaningless buzzwords. I hope it is one of those terms that will eventually be consigned to the dustbin of history, along with unified inboxes, netbooks, phablets and microservers.

Next time you need to talk about serverless computing, just say Functions-as-a-Service (FaaS) - a broadly synonymous term that is also self-explanatory.

This industry frequently struggles to maintaining a positive public image, so be sure to mention your servers whenever you can: at work, while having lunch, in public transport, even in church. Talk about the number of cores, and the great things they do; talk about the storage, and all the wisdom contained therein.

Be proud of your servers.

This opinion appeared in the August/September issue of DCD magazine. Subscribe for free today: