From the Nürburgring to the micro data center, how Formula One racing can educate us on edge computing 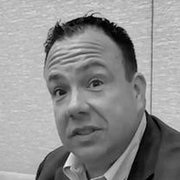 Building edge data centers that deliver a high degree of performance, reliability and security takes a number of attributes not unlike those of a Formula 1 race team

As I’ve been sheltering in place these past several weeks with no live sporting events to watch, I’ve been taking advantage of the free (or low cost) streams of one of my favorite sports – Formula 1 auto racing. While watching a recent race it was more evident to me than ever before, along with a great driver, it takes the highest level of teamwork and partnerships to win – which is exactly the case when it comes to rolling out effective edge computing micro data centers.

Before you write me off as having gone stir crazy, let me explain. 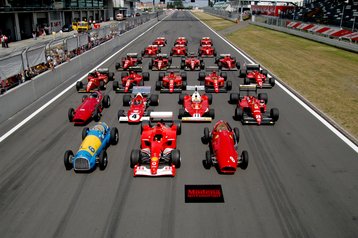 Today’s Formula 1 racing (and all professional auto racing, really) involves NASA-levels of technology to squeeze every bit of performance out of the cars, as well as to monitor his or her status in real time as they hit speeds exceeding 200 mph. Each car carries what amounts to a micro data center in terms of the technology on board, monitoring all sorts of variables and collecting data.

Making effective use of that data, and winning races, also requires effective teamwork and partnerships. Race teams work behind the scenes with parts manufacturers on custom designs, for example, to get a tire that lasts a little longer or a suspension system that’s a bit more responsive.

Pit crew teams also work long hours with one another in an effort to perfect the orchestration of movements it takes to shave valuable seconds off the time it takes to change tires and fuel up in the pit. In order to succeed, each member must have a thorough understanding of his or her role and what it takes to do it as quickly as possible such that on race days there are no mistakes or delays.

Explosion at the Edge

That’s similar to what it takes these days for companies to build edge computing micro data centers efficiently. For one, it takes speed, because the edge is pretty much exploding; by 2025, we’ll be dealing with more than 75 billion connected devices, according to IHS. They will be concentrated at the edge, where Gartner predicts 75% of data will be processed, managed and consumed by 2025, up from just 10% in 2018.

All this data is the result of companies adopting digital transformation technologies, notably Internet of Things applications that create an onslaught of data from devices and sensors at the edge. Companies need ways to effectively process this data to extract value from it. In short, they need to deploy edge-based micro data centers – and lots of them.

Attributes of a Winning Edge Formula

Building a series of edge data centers that deliver a high degree of performance, reliability and security takes a number of attributes that are not unlike those of a winning Formula 1 race team.

For one, you need an ecosystem of partners to supply all the required components and ensure they are properly integrated, to enable faster and more reliable edge deployments. APC by Schneider Electric, for example, supplies power and cooling systems, along with enclosures suitable for most any edge environment. APC then partners with companies like Cisco, which with their HyperFlex platform, combines the need for compute, storage, and networking.

Which gets to the second requirement: a focus on integration. Just as all the components in a race car must work together to become the proverbial “finely tuned machine,” so must edge micro data center components. Edge deployment best practices can integrate all of the IT components, but that IT equipment must then be integrated with the supporting power and cooling infrastructure. And it all has to be housed in an enclosure that will work in whatever environment the edge demands, whether in a retail store, a restaurant, or outdoors.

By working closely with Cisco for many years, Schneider Electric ensures the respective components are properly integrated, so they work together seamlessly and reliably. The close partnership also ensures these components can be delivered quickly to wherever a customer needs them – all pre-assembled if desired, decreasing time of deployment and increasing the simplicity of repeatable solutions at multiple locations.

Here again, it’s not unlike that Formula 1 car. Race teams can not only monitor a car but control its performance when necessary. For example, Formula 1 teams are allowed only so many engines per year, so they can lose valuable points each time they need to replace one. For that reason, it’s not unusual for a team to use its remote-control capabilities to dial back the available power of an engine toward the end of a race if it’s clear the driver can’t dramatically improve his position. The idea is to prevent the driver from pressing the engine in a futile attempt that may wind up with a blown engine that damages the team’s long-term prospects.

Similarly, using tools like Schneider Electric’s EcoStruxure ITTM enables the ability to monitor edge environments and garner predictive maintenance information that tells you when a given component is in danger of failure – giving you time to address it before it causes downtime.

Building on the Cisco partnership

As much as I enjoy watching those Formula 1 races, I also relish the opportunity to work with partners like Cisco to bring reliable edge data center solutions to customers – fast. In fact, new capabilities such as a wall-mounted 6U micro data center enclosure and integration between Cisco HyperFlex and PowerChute Network Shutdown application ensure reliability and resilience of edge solutions.

Another example of how partnerships bring value to customers is safeguarding the shipping and delivery process for solutions. To ensure fast deployment and prevent damage to parts, Cisco has also validated APC’s line of Shock Packaging-available enclosures as compatible with its UCS compute portfolio.

It’s another example of effective teamwork, resulting in a solution that enables you to ship complete micro data center solutions to wherever you need them, safely and quickly – helping you win the race to the edge.