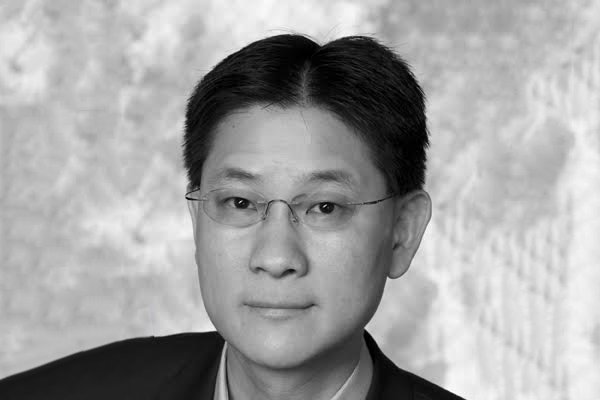 The enterprise data center interconnect (DCI) market has traditionally focused on near real-time business continuity and disaster recovery (BCDR) between sites and has typically been driven by two concerns – bandwidth and latency.

However, enterprise DCI requirements are being completely redefined. This comes as a result of rapid gains in data center efficiency, the emergence of mega data centers and the move to cloud computing, software defined networking (SDN), and virtualization of data center architecture. Consequently, large enterprises need to consider new approaches to DCI that encompass virtualization, SDN, and the cloud for the following four main reasons.

Reason #1: Increasing pressures on enterprise IT

Several general trends including mobility, consumerization, enterprise app stores, and data explosion are challenging enterprises. As a consequence, many enterprises have gone mobile, are adopting “bring your own device” and “bring your own application” approaches to IT, and are struggling with the growth of big data. Enterprises are also concerned with shadow IT’s potential implications for compliance and data security. These trends are greatly impacting the future needs of enterprise data centers and DCI.

Reason #2: The data center and DCI are changing

Driven by cloud computing, big data, and the compelling economics of virtualization, the enterprise data center is undergoing rapid change, growth, and consolidation. The factors driving change in the data center include:

Many large enterprises prefer to own, lease, and operate their own data centers and DCI themselves. This is particularly the case where proprietary data is seen as business-critical and its security and integrity provide a competitive advantage and remain central to the company’s business and operations.

A web-scale approach to data center virtualization and cloud services has been adopted successfully by Internet companies. Large enterprises running their own data centers are expected to adopt this web-scale approach to IT because of the flexibility, agility, efficiency, and cost savings it offers. This will have a dramatic impact on large enterprises’ future data center architecture, as well as future DCI requirements.

The most common applications for enterprise DCI continue to be near real-time BCDR. Large enterprises such as banks, healthcare providers, retail, and manufacturing companies need to securely backup and replicate mission-critical data and applications between locations. To maintain business continuity, business-critical data needs to be constantly backed up and mirrored in as near real-time as possible to maintain data integrity and minimize the possibility of business-critical data getting out of sync.

Enterprise data centers are consolidating, growing, and becoming more efficient, redundant, and dynamic. This is changing the requirements for DCI. DCI is also becoming a key component of workload distribution and balancing. These factors are driving DCI needs for more bandwidth, capacity, and intelligence to distribute the volume of traffic and transactional data between data centers.

Enterprise data centers will need to scale more flexibly and cost effectively to match the demand for additional compute and storage driven by “big data”, mobility, and data center virtualization. Enterprises need to consider how to dynamically expand their compute and storage needs by using data center facilities provided by carrier neutral providers and communication service providers. They also need to consider how they can embrace public cloud services offered by internet cloud providers when they need additional capacity. These emerging requirements will have an impact on enterprise DCI and will increasingly require more agile, flexible, and efficient DCI solutions.

Different networking technologies are available to address different DCI networking challenges and support applications with different performance and latency requirements. The following factors need to be considered for DCI:

Synchronous DCI is used in applications where there is a need to securely mirror or replicate mission-critical data across data centers in real-time, which puts additional performance and availability requirements on the DCI network infrastructure.

Point-to-point WDM is used to provide scalable synchronous DCI because it offers the best cost-performance ratio and lowest latency required for near real-time applications. Typically, large enterprises acquire, lease, or build dark fiber connections between sites with optimal paths, and deploy and manage their own WDM equipment.

Most synchronous DCI deployments are between sites where distances are limited, such as within a metro or regional area. This is because the speed of light inside an optical fiber restricts the distance for latency-sensitive synchronous applications to typically less than 130 km.

Ethernet transport, in which Ethernet is mapped over optical wavelengths or sub wavelengths, can also be used for some synchronous DCI applications depending on latency tolerance and distance between data centers. Carrier Ethernet (CE) services can also be used to interconnect multiple data centers for synchronous DCI applications, subject to latency and distance between sites.

Asynchronous DCI is used in applications that do not need to be performed in real-time, where latency is less of a concern, and over distances greater than 130km. Optical WDM and Carrier Ethernet transport services are suitable for many traditional asynchronous applications that have high-bandwidth, predictable performance, low latency, and multi-protocol requirements. Asynchronous DCI is also being driven by the cloud phenomenon and the desire to extend the benefits of server virtualization to multiple data centers.

MPLS is another solution for long-distance asynchronous DCI where cost and speed considerations make an optical approach too expensive. MPLS supports both IP and Ethernet connections and implements robust traffic engineering, fast re-route, and link redundancy. Layer 2 Ethernet VPNs, such as Virtual Private LAN Service (VPLS), are widely available and can be used to connect regional or national data centers together in a cloud-based solution. MPLS also supports Layer 3 IP VPNs that can be used to connect global data centers over the wide area network (WAN). IP VPNs can also be used to connect remote locations that require access to applications running in the data center and provide integration with the large enterprise private WAN.

Virtualization within the data center and software-defined networking

Server virtualization within data centers has made compute and storage more dynamically consumable and has paved the way to the cloud. This has also had a profound impact on network infrastructure within the data center, and has led to the introduction of SDN for data center network automation.

Ethernet-based VLANs are widely used within data centers but the limitations of VLAN technology mean that they have limited use for server virtualization. This has led to the adoption of virtual extensible LAN (VXLAN) and network virtualization overlay (NVO) technologies for data center networking.

VXLAN encapsulates Ethernet in IP, can be routed by IP, and can be terminated on computer infrastructure or network equipment. The underlay network may be any IP network that uses existing routing, resiliency and load balancing mechanisms. Overlays can be viewed as a tunnel between two end points within the data center. They provide a number of benefits, including VPNs for multi-tenancy, network virtualization for location independence of resources within the data center, improved resource allocation, and protection from topology or technology changes.

Extending data center virtualization and SDN across the WAN

SDN promises to enable the full value of data center virtualization because it offers greater network agility and efficiency through multilayer resource discovery and control, policy-driven provisioning and dynamic path selection. SDN simplifies and automates service creation resulting in rapid service innovation and delivery. However, to achieve this means making the network inside the data center operate seamlessly and automatically with the WAN used to connect data centers, remote sites and end users.

One approach is to integrate the data center network with existing WAN networking technologies, such as IP/MPLS, and emerging technologies, such as Ethernet VPN (EVPN). EVPN provides an overlay control plane and is based on well-established MPLS and BGP routing protocols and operational experience used in service provider networks. When combined with VXLAN as the overlay data plane, EVPN enables data center virtualization to be extended across the WAN between multiple data centers.

Extending virtualization and SDN over the WAN will achieve the goal of activating data center interconnect automatically and dynamically, depending on the application requirements. This approach will deliver unrestricted cloud-based data centers and greatly simplify operations, reduce costs and increase agility.

The rapid gains in data center efficiency, the emergence of mega data centers, the move to cloud computing, as well as the virtualization of data center architecture and SDN mean large enterprises need to consider new approaches to meet their current and future DCI needs.

While optical WDM continues to be the preferred option for synchronous DCI applications, such as near real-time BCDR, large enterprises need to consider the impact of emerging market trends on their future asynchronous DCI requirements.

Data center virtualization technologies, such as VXLAN, combined with emerging technologies such as EVPN provide a solution that enables the connection of virtualized, cloud-based data centers over the WAN. When integrated with SDN, EVPN offers a simple, efficient, flexible and agile way of automatically connecting data centers and remote sites while also meeting large enterprises’ future DCI application needs.