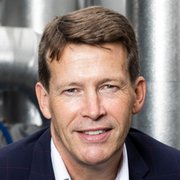 Andrew is a highly experienced data centre professional, who is passionate about bringing change to the industry, while also meeting client expectations for the highest levels of service.

He has had a long and varied carrier in telecommunications, IT and data centres, having worked in senior positions for Interxion as UK Managing Director and Telehouse (owned by KDDI) as a Main Board Director. In these roles his focus has been the role data centres play in supporting ecommerce and digital transformation in service of both customers and suppliers.

Today, as International Partner, he is a leader in the EMEA Data Centre Advisory Team, advising clients on land/buildings acquisition and sale, colocation, valuation and many strategic and practical aspects of the data centre industry.

Innovation is coming fast in finance, but a businesses in that sector have to maintain legacy technology and comply with regulation, they must acopt a multi-cloud approach

The pace of digital change within the financial services sector is unrelenting, bringing a level of disruption arguably greater than in any other industry. Fintech is almost synonymous with digital innovation, but it may face its toughest challenge yet as enterprises look to embrace open banking, algorithmic trading, cryptocurrencies, machine learning, artificial intelligence and more, while remaining compliant with a raft of industry regulations.

Historically, the UK’s financial services have led the way in technological innovation. Telephone banking was first established in the UK when Girobank launched a dedicated service in 1984, and the UK was a pioneer in the rollout of online banking when the Bank of Scotland launched Homelink for Nottingham Building Society customers back in 1983 – 11 years before similar services were even tested in France, for example.

Yet banks and financial services are often maligned for a perceived lack of innovation, predominantly because the progress of consumer demand is so rapid that it’s almost impossible to keep up.

Case in point is the demand for constant online access to our account information and transaction histories, and real-time, contactless payments. Given we can now pay for our morning coffee via contactless card, phone or even a watch, it’s amazing to think how far we’ve come with financial technology adoption – especially as some advanced countries, ahem, still don’t even have Chip and Pin services. 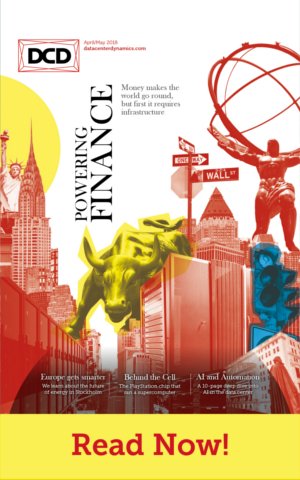 The huge pace of change in UK financial services is being driven by healthy competition. We’re lucky to have a competitive commercial landscape, in which our banking and insurance sectors arguably aren’t excessively regulated or protected and the competitors tend to operate amicably.

But a new breed of competitor is shaking things up. Traditionally, innovation would come from the well-funded R&D divisions of firms like Honeywell Bull, but nowadays we’re looking to bright young entrepreneurs and start-ups to dream up the latest life-changing gadgets and apps. And we want access to data faster and more frequently than ever before.

This is leaving traditional financial services companies continuously playing catch-up, balancing becoming digital businesses with trying to keep control, orchestrate and innovate their everyday business, whilst remaining compliant. Throw driving down costs and ensuring the best possible consumer experience into the mix, and it’s pretty clear they’re up against it.

The more advanced, forward-thinking financial services are looking at where they want to house and run their various platforms and services. They require hubs that will centralize their financial functions, ‘sinks’ where they can store their archived data, R&D digital labs to test their newly created apps, and digital superhighways that can carry huge volumes of data from one location to another.

To achieve this, they need to spread their wings with multiple cloud providers. Until recently it was largely presumed that one partner would fit the bill, but it’s becoming clear that multicloud is the future. For example, enterprises might select Microsoft Office 365 for their office applications, Salesforce for their CRM and Oracle or SAP for their database requirements.

Harmonizing these elements across multiple platforms requires the agility and flexibility to deploy the ‘right sort of’ infrastructure. It’s therefore vital to have providers that can independently act as a central co-ordinating hub to various different clouds.

Interxion recently carried out a study with Research In Action that suggests exactly this. Nearly a third of enterprises we spoke to (30 percent) currently use a private cloud in their own data center, but less than one in five (19 percent) expect to be doing so by 2020 – which tells us enterprises are increasingly looking to the cloud.

Underpinning that is the rise in hyperscale cloud. Under a quarter of enterprises we spoke to (22 percent) are currently deploying hyperscale cloud, but nearly one-third (32 percent) expect to by 2020. Furthermore, the use of colocated hybrid cloud is expected to increase from 12 percent to 17 percent, while the number of enterprises looking to use local public cloud providers is set to increase from 15% to 22 percent by 2020.

These figures not only show that enterprises want faster, more powerful, scalable and agile technology, but also that choice is a key driver. However in order to choose the right service, enterprises need to work with an organization they can trust to impartially advise them on their digital journey, by understanding their business needs and communities of interest.

By their nature, financial services organizations carry a huge amount of legacy IT, from data centers and networks through to call centers and processing centers. This offers a challenge in identifying and migrating that infrastructure into applications in the cloud, which effectively boils down to understanding their systems and discovering what they have and what they need.

So, as ever, innovation in financial services is alive and kicking, but balanced with the ‘ball and chain’ of legacy systems. Whether the path to digital requires an ‘as a service’ model, traditional colocation or hybrid cloud, there’s a choice to be made whether to install and manage servers independently or go down the fully virtualized, software-defined route.