Does the UK really have fifteen hyper-scale sites?

If the UK really does have a number of open source hyper-scale data centers in operation, where are they?

I read with interest the press release from Synergy Research Group announcing that the number of ‘hyper-scale open-source’ data centers had surpassed 300 in the world. The detail included claims that 45 percent of them were in the USA and that the UK was in 5th place with 15 such facilities.

My initial reaction was not to be surprised with the 45 percent figure. If you broadly accept that the data center installed based has, more or less, reached a balance of one third in each of the American, European and Far-Eastern regions and then overlay the hyper-scale operators it would not be surprising that the USA came out on top. 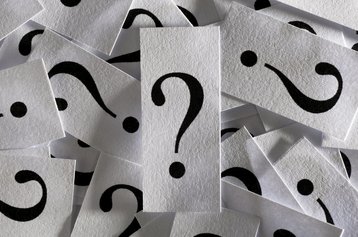 All right, where are they?

However, upon a few seconds’ reflection, I was very surprised to see the UK being reported as having fifteen such hyper-scale facilities. We might well have 45-50 percent of Europe’s total white-space but we don’t play host to any of the operators that the research mentions.

I sat on the fringe of the efforts that techUK (an almost single-handed effort by Emma Fryer) made in reaching the Climate Change Agreement for UK data centers and one of the biggest challenges was simply identifying facilities. Then, once the CCA was in place, the second issue was getting operators to sign up for energy-cost savings – all because most operators are reluctant to advertise their location and energy consumption, not least because it makes clear to competitors how you are doing on the occupancy vs capacity curve.

I reckon we don’t have ANY such facilities in the UK, let alone fifteen. I suggest this calls into question the accuracy of the rest of the report.

So, here we have a report that lists tens of countries with their share of 300 hyper-scale. Even forgetting for a moment the ‘open-source’ tag. I challenge anyone to list fifteen facilities in the UK that are ‘hyper-scale’ (usually more than 25MW in phase 1 and rising above 75MW before too long?).

If we then apply the ‘open-source’ hardware (or is it just software?) condition, I reckon we don’t have ANY such facilities in the UK, let alone fifteen. I suggest this calls into question the accuracy of the rest of the report.

Of course, I haven’t read the report as I have other demands on my cash, but we could at least discuss what ‘open-source hardware’ actually means. Given that all the major OEMs offering their own version of specifications like Open Compute, what is ‘open’ about that?