Governments can lure data centers in with tax breaks, but they might not get the benefits they expected

The attraction of data centers seems obvious: they are part of the new digital economy. They contain high tech equipment, and take a lot of investment to build. They support local and global business, employ people and raise money. Governments have always wanted global manufacturers to build factories in their jurisdiction; now they want data centers.

In some cases, these data centers are just the latest favored industry to move into a given site. Apple’s “command center” site in Arizona (the one that caught fire recently) is using a facility built by GT Advanced Technologies, failed maker of sapphire displays for iPhones. NGD in Wales, UK, inherited a facility originally built with government incentives, by LG. 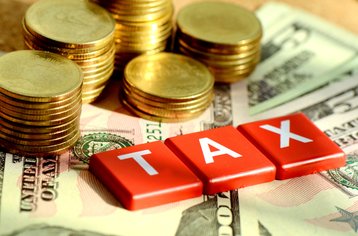 In the US there is explicit competition between states to offer better incentives for data centers. While state governments can do little to change fundamentals like the climate, the available energy and the price of real estate, they can do a lot with taxes.

In Arizona, Apple benefited from sizeable tax incentives when it started investing $2 billion in its new command center. Measures form 2013 meant it would be exempt from sales and use tax on data center-related equipment purchases for ten years (since extended to 20 years).

A new round of tax breaks this year is aimed at data centers larger than $1.25 billion. Apple gets exemption on sales tax for electricity or natural gas, costing Arizona around $1.3 million a year, on condition that Apple invests $100 million in renewable energy.

Tax measures that boost renewable energy and efficiency are a recurring theme. If done right, this could be seen as a win-win situation, encouraging business in, and persuading it to operate more cleanly.

Other incentives are just about the economy. Missouri offers exemption from state and local taxes for up to 15 years for data centers which bring in at least $25 million in new investment, and create ten new jobs with wages of at least 150 percent of the county average over a three-year period.

In Iowa, Google put $1 billion into its Council Bluffs campus after getting nearly $20 million in tax breaks.

In Oregon, things got a bit more heated. The State’s so-called “brand tax” taxes telecoms companies according to the value of their brand. Amazon was so troubled at the possibility this might be extended to data centers, it suggested that doing so might cost the state 11 Amazon data centers. Oregon duly passed a bill exempting data centers.

Meanwhile in Europe, Swedish Bitcoin operation KnCMiner decided to set up its data center across the border in Finland, because of lower energy taxes: “This is pure mathematics,” said CEO Sam Cole.

But does the maths work out for the governments? Oregon’s tax breaks were vetoed for a year by State Governor Jay Nixon, who said they would actually cost the state millions of dollars, but eventually approved them after major changes.

The fact is that data centers are designed to run efficiently with few staff, and giant operators like Apple, Amazon and Google also manage their tax affairs efficiently so that their revenue passes through the most advantageous country.

Tax breaks aimed at promoting efficiency and renewable energy use can be a good thing, but they are also tricky to get right. according to the experiences of the UK and more widely in Europe.

There is a danger here. Those competing with cloud providers can find themselves in a bidding war they cannot win. Let’s hope that governments don’t end up in a similar position.