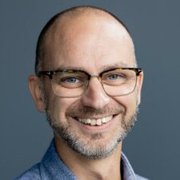 Steve Brierley is founder and CEO of Riverlane

Quantum computers need longer coherence times: the answer could be to recalibrate rather than isolate them

[It's a saying with a level of uncertainty appropriate to the subject. It is usually attributed to Richard Feynman, but there is no record of him saying these words. - Editor]

Where classical computing uses a series of logic gates that are either open or closed to build a binary computational framework, the quantum computer uses the fact that a particle can be in different states at the same time. While this sounds hopelessly unlikely (and was lampooned by the father of quantum physics Schrödinger in his declaration that under quantum rules his cat could be alive and dead at the same time), it is the underlying truth of all physics at an atomic scale. 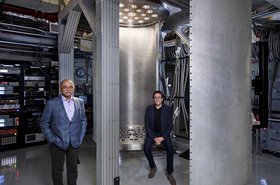 Quantum physics opens up an entirely new way of approaching computing that could prove to be millions of times faster than classical computing. This could solve problems such as how proteins interact at a molecular level, or how we could catalysze the electrolysis of water to make a world powered by hydrogen and eliminate greenhouse gases. For many scientists the prospect of quantum is compared to the ability to see the molecular world in full resolution with sharp focus, rather than the fuzzy interpretation they have today.

So how does a quantum computer work? The best explanation, as set out by Scientific American, is to consider a mouse that is trying to find its way through a maze. While a classical mouse would consider each possible route until it finds its way through, the quantum mouse is able to consider every single route simultaneously.

This multi-route simultaneous approach is possible because of the special characteristics of quantum mechanics. Where in classical computing the bits are either 1 or 0, in quantum computing the bits, now called qQubits, can be in a “superposition” where they could be either 1 or 0 or any value in between – in other words, a bit like the famous cat they be in more than one state at the same time. This enables a quantum computer to be set up to contain all the possible routes simultaneously and solve the maze problem far faster. By collapsing the state of superposition in the qubits you reveal which route has the highest probability of being correct.

The importance of entanglement

How is it possible to set up the computational calculation in the first place? The hardware of quantum computers is based on a variety of exotic sounding technologies such as “trapped ion”, “superconducting” and “quantum dot”, but all of them use the second quantum characteristic of “entanglement” to set up the qubits for the calculation. 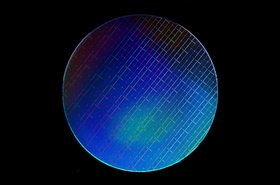 If superposition is a tricky proposition to understand, then entanglement is beyond belief; the physical properties of a particle such as position, momentum and spin, become entangled between different particles so that no matter where they are in the universe, their properties are completely correlated. So a pair of electrons with opposing spins may be entangled while at either end of the universe - and to make matters more bizarre, any attempt to measure their spin or other physical properties will collapse the quantum superposition and lead to what is called “decoherence”.

Out of this highly confusing quantum reality comes a major opportunity. While individual qubits exist in a superposition of two states, the number of states increases exponentially as you entangle more qubits with each other. So while a two-qubit system stores 4 possible values, a 20-qubit system delivers more than a million.

This exponential growth in processing power gives rise to a computational base that can solve some extremely complex problems such as new protein interactions or finding catalysts for the efficient electrolysis of water.

But there is still a major problem to be overcome; the nature of qubits is that they operate at a quantum scale and so inevitably interact with other forces in nature causing decoherence, which interrupts the operation of the quantum computer.

Noise and inevitability of errors

The unwanted interaction between qubits and external forces is the biggest single challenge to the commercial application of quantum computing and is largely the focus of developers in the field today. These external forces are in reality just the noise that naturally occurs through particles emitting or absorbing energy, but they represent a sizeable challenge at the quantum scale.

Some developers have taken a hardware approach, using supercooling to near absolute zero or vacuum isolation, others have tried to use a fault tolerant approach that relies on mathematical post-processing of results to try to manage the issues of errors. These approaches are limited in how they scale up with the number of qubits – and as we noted earlier it is the scale-up in qubits that leads to the massive computational advantage of quantum computing over classical.

A more recent approach, and one that enables the scale up of qubits to form a highly powerful quantum computer, is to implement a life support system for the qubit. This turns the many noisy qubits into one logical qubit with centralized command and control. This enables real-time calibration of the qubits with the entire quantum computer system decoded, or essentially reset to eliminate errors, every 400 nanoseconds. Given that a nanosecond is one thousand-millionth of a second, this means that the system can be reset between every operation and faster than the natural decoherence of the qubits.

This recalibration is enabled by a low-latency control system which in turn is run by a kernel at the core. The result is a practical solution for errors caused by the noise that is inherent at the quantum level. As well as its operation on existing quantum computers, the new approach is also applicable across a wide spectrum of different quantum computing hardware where it is optimized to every qubit type and matched to its noise profile. Most importantly, it is the enabling step to the scale up of quantum computers and by 2023 it is expected that systems based on over 100 qubits will be possible.

What this means for quantum computing

By tackling quantum errors through real-time control based on quantum time periods, we now have in prospect the very real opportunity to bring quantum computing into academic and commercial applications.

The value of this just cannot be overstated; our understanding of atomic and molecular interactions is hugely limited to what we can observe empirically about how catalysts or surface chemistry interactions work. Using quantum computer simulation, we have the real prospect of understanding how nature truly works by seeing it in high resolution and sharp focus.

Quantum computing will in turn to major innovations in the fields of medicine and materials to the benefit of mankind. From breakthrough drug discovery, to new clean energy fuels, to the capture of carbon dioxide and the combatting of climate change, our future as a species may well hang on the computational potential of quantum computing and the ability to overcome the noise of nature.