Digital transformation in the third sector

How can the cloud help charities? 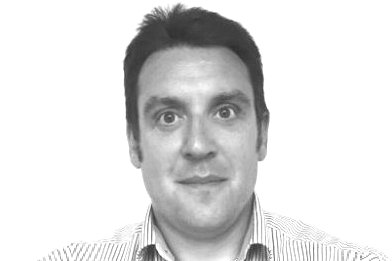 Overall adoption of cloud technology by businesses and public sector organisations in the UK has now hit 88 percent. While the degree and complexity of cloud usage can vary a lot, this shows that the majority of today’s organisations are undergoing some form of digital transformation. However, one sector that often has different considerations than most is the third sector: charities and NGOs.

Rather than looking to maximise profit, charities’ core purpose is championing a specific cause. However, when it comes to back-end operations such as IT, charities have to function like any other business and give their teams the tools they need to work effectively whilst managing their costs. In fact, they often have to be even more savvy and careful with both finances and time than typical for-profit businesses. So, is cloud the answer for charities? If so, what are the specific benefits and how can they be maximised? 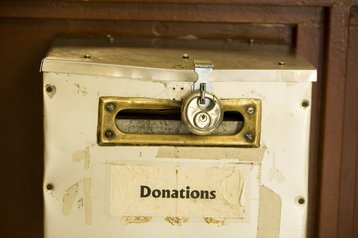 Managing costs through an OpEx model

It’s probably not surprising that managing cost is important for charities. But what’s important is also how the total cost is distributed. The cash flow at charities — intermittent, uneven, and without large sums sitting in the bank — often makes it difficult for IT directors to get sign-off for extensive CapEx IT investments.

Cloud OpEx models and monthly subscription-style billing means that good infrastructure becomes more easily accessible without huge, upfront investments that might detract from charitable work. Charities, as well as businesses, are finding that OpEx models make it easier to manage IT costs and build them into their regular cash flow. However, this only works in practice when you have predictable cloud billing to plan around.

The underlying infrastructure is not the only cloud implementation where the OpEx model helps manage costs. The rise of Software-as-a-Service (SaaS) allows charities to be more flexible when changing and trying new application solutions that contribute towards core functions. Importantly, SaaS makes it easier to remain up to date with the latest software without having to invest in a new package when there’s an update, as well as those updates being automated.

Focusing on making a difference

Organisations in every sector are increasingly looking for ways to spend less time managing their backend resources and more time focusing on their core business. Charities are no exception. Removing tasks around areas such as licensing, security and patching means focusing charity time on solutions that help people, animals, the environment or any other cause for which the charity is fighting.

The issue with managing IT and cloud environments in-house is also one of access to appropriate expertise and skills. In a hybrid and multicloud world, it can be difficult for charities to recruit the necessary IT skills to manage increasingly complex infrastructures. Furthermore, it’s not cost-effective, either, to have a full-time employee to manage just one specific part or application of your collective environment.

Where they have been able to adopt managed clouds, we’re seeing charities shifting resources to develop “Digital Teams” instead of teams working solely on IT. These teams are focused on the application layer of the technology stack, and instead of spending time maintaining infrastructure, will be creating new solutions and innovations which directly advance charity goals.

Many charities operate on campaign cycles for their all-important fundraising activities. This can be difficult to manage from an IT perspective, especially on owned hardware. How do you handle large traffic or donation spikes at certain times of the year, for example, without paying for underutilised assets outside of these periods? You’ve probably guessed that the answer is “with the cloud”.

Cloud bursting and access to public cloud allows for quickly scalable infrastructures that can meet these spikes in demand. Coupling this with a pay-as-you-go model also allows for developing and testing throughout the year, in order to be ready for these peaks.

Website traffic, in-store payments and overall donations online can see both significant peaks and troughs, and charity IT systems need to be flexible enough to deal with both. The scalability of the cloud, combined with a pay-as-you-go model on an ad-hoc basis means that charities do not have to invest in large numbers of physical servers that are underutilised 364 days of the year, thereby alleviating unnecessary costs.

Charities hold a host of personal data: from donors’ financial details, to sensitive data on the people they help. While the security put around data centers is amongst the best in the world, it’s still the case that some organisations are nervous about putting data into that unknown cloud space. Security needs to run throughout user systems and networks, so it is crucial that data is properly backed up and retained in ways that meet regulatory requirements.

However, to add another layer to the security picture, it’s about their retail space as well – a very significant revenue source for many charities. Retail space requires hardware such as PDQ systems, computers that connect back to the core IT systems with access to email, the intranet and any other internal software which connects to their shops and their networks.

Here, cloud services like Desktop-as-a-Service (DaaS) can play a key role in securing data. Many charity retail locations, relatively speaking, can be vulnerable to theft, fire, floods and any other physical threats. However, using DaaS, vital systems and data are protected from even physical threats. As the data is not stored locally on end-point devices, DaaS gives the ability to prevent data theft.

Another way that charities differ from most businesses is their reliance on a relatively high proportion of volunteers and temporary staff. With variable staffing levels and thus regular changes to access requirements, systems need to cater to both permanent and volunteer staff. The question is how to efficiently and securely give (and revoke) volunteers’ access to IT systems.

If a charity brings in a large group of volunteers for a big campaign, cloud can scale with the team, and the quick creation and removal of accounts is easy, and again, means the charity is only paying for what it uses.

Cloud also enables remote working – so the 300 volunteers that have been brought in to support a campaign do not need to be facilitated in restricted office space and there’s no need to reimburse for travel costs. Remote working alleviates all these issues by enabling workers to connect to networks and servers from any location. DaaS also means that volunteers can work using their personal mobile, laptop or tablet by securely connecting to servers, again, decreasing investment requirements for the organisation.

So, how can the cloud help charities? Essentially, cloud can offer huge benefits by allowing them to move costs to an OpEx model and ensuring that they only pay for the IT services they use. For charities, reduction of costs is key, and cloud allows them to be strategic with their budget allocation. Cloud also allows employees and volunteers to focus on the charity’s mission rather than back-end processes such as managing IT systems. What organisations lack in time and expertise, a cloud provider can make up, allowing the charity to get back to making a difference.

Gary Smallman is director of operations at Navisite