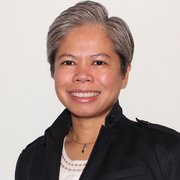 FlexE was born in the data center. Now it is moving to the Edge, to support 5G

FlexE, also known as Flexible Ethernet, is a communications protocol published by the Optical Internetworking Forum (OIF). It enables flexible Ethernet connectivity between routers independent of the physical line rates of the optical layer. For service providers, using FlexE gives them real traffic separation and the ability to remotely adjust service bandwidth on demand and maximize efficiency at each network layer. While it was designed to offer higher capacity and more efficient data center interconnect (DCI), the industry is now looking at deploying FlexE in the era of 5G networks.

FlexE was born in the data center (DC), but how do we make it work for 5G? Look towards the Edge because the Edge will drive network slicing.

The harmony between 5G, network slicing, and the Edge 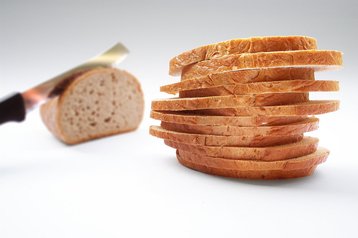 Network slicing is a networking approach that allows a single physical network to seamlessly support services with completely different requirements by having disparate network slices, each possessing unique parameters and hence a different combination of network assets and attributes. The ability to meet each of these requirements is especially critical for 5G, where new service types will necessitate networks to implement Edge computing with varied requirements for latency, throughput, and availability. In essence, 5G introduces new SLA-based services and provides a framework for network slicing with the Edge playing an important role, which for all intents and purposes can be thought of as an extension of the DC.

The Edge is critical to driving network slicing - it is an essential component for bringing to life new types of services beyond traditional mobile broadband. Network slicing will extend virtualization technologies, which are already native to the DC and the Edge. And since virtualization already has the main ingredients to manipulate resources to enable slicing, it can then be coupled to corresponding transport network slices:

While DCIs will remain primarily optical because of higher capacity requirement, most of the new Edge network connections will require lower granularity slicing because they are closer to the access; this is where FlexE becomes an advantage. FlexE allows granularity down to 5Gbps.

How can FlexE benefit the Edge?

The Edge becomes a strategic point in the network and will be sliced to support different types of applications and services. Traffic to the Edge comes from different types of sources – fixed users, mobile users, B2B and even verticals. From the various access points and from different services, the traffic converges at an access aggregation node and is normally delivered to the Edge on one physical connection. FlexE can make sure that high priority traffic types are separated on this physical connection, thus ensuring no contention of resources. This high degree of traffic isolation is what we call ‘hard slicing’. What’s more, FlexE works well in the traditional ring topology so traffic on this physical connection can also be protected.

Another important distinction is the Edge will not be totally dynamic; it will instead have a mix of static traffic and dynamic traffic. Back-ups, for example, are scheduled and will be predictable - you know when it is going to happen, and how much of it. Workloads and cache refresh could be dynamic or on-demand, depending on the application running it. Some traffic flows are critical, and some are not. Therefore, there is a need to first distinguish the types and behavior of the traffic, assign priorities, and then allocate accordingly hard slices based on FlexE, wherever it makes sense.

Once hard slicing is in place, service providers can configure soft slices on top of it - soft slices can be the usual statistical multiplexing schemes. For example, FlexE can act as the underlay (hard slice) and SR-TE with VPNs can act as the overlay (soft slices). This has advantages in anticipating SLA-based services where there will be a requirement to truly separate the traffic. This, again, is where FlexE comes in since it provides a superior degree of high traffic isolation. FlexE also offers lower granularity compared to wavelength, which is at the extreme end of the network isolation scale. With FlexE more slices can be packed in a wavelength, maximizing its capacity.

FlexE offers numerous benefits for service providers to boost the existing resources within their network without significant investments or overhauls, for example:

FlexE has other applications in the DC environment via bonding, sub-rating, and channelization. Bonding is when we need to transport huge Ethernet traffic between two routers, but the transport network only has a multiple of lower capacity physical connections. For example, we can connect two routers requiring 400G Ethernet connection by bonding four wavelengths with 100G capacity each. Bonding makes more efficient use of parallel connections than LAG. Sub-rating is used to match Ethernet connection between two routers having a lower rate than the physical rate. Lastly, channelization is slicing one physical connection into multiple sub-rates, described earlier as hard slicing.

Other benefits over traditional Ethernet are its low latency and deterministic packet delay variation (PDV) properties making it the ultimate choice for networks and DCs requiring strict SLAs. FlexE is also natively attached to the packet layer so that routers can be made aware of it, achieving multi-layer visibility in conjunction with an enhanced SDN automation and control.

Furthermore, FlexE is now being adopted by ITU-T recommendation for Metro Transport Networks, G.mtn, as an integral part of ITU-T Study Group 15 (SG15) scheduled for 2020. As an enhancement G.mtn will offer extra guaranteed protection supporting high availability services and OAM functions to FlexE, which is perfect for ultra-low-latency and high-availability networks.

As the networking industry enters the 5G era, there is a greater push to utilize technologies like FlexE, Edge computing, and network slicing to enable the types of services proliferated by 5G. What is quickly becoming apparent is that FlexE will play a key part in this evolution, providing various industries with new revenue streams. And while SPs can continue leveraging the usual overlay technologies, like label switching, and packet-based VPNs, FlexE can be deployed only where it’s needed and where it will generate revenue – at the Edge. This way, it solves a problem, delivers without contention and allows faster time-to-market.