The Internet is global - and that is a headache for national tax and privacy regimes. Recent moves by national governments have led to the concept of “data sovereignty” where data is either forced to reside in one country, or moves there to get the best privacy rules. 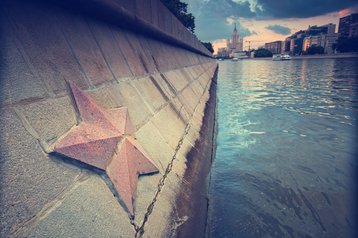 It’s all come about because of the mobility of data centers, and it might start to limit that mobility. Global service providers have long been accused of avoiding tax and other burdens by moving around, but this might become difficult.

The trouble is the Internet does not respect national boundaries, but those of us buying and selling goods and services on the net are required to obey the laws of the countries where we live and work.

That’s the contradiction, and the result has been a net which can’t be properly grasped by national laws. Your site may be available in a developing country, but the servers, and payment facilities aren’t located there for reasons of reliability. If you sell something and take payment through credit card or PayPal, and the local regulations are unable to understand this, why should you pay tax? And why should you respect local privacy rules?

Countries are now starting to apply rules that they hope will force online providers to toe the line of their national laws. According to Guy Willner of IXCellerate Moscow, that’s the reason behind Russia’s data residency laws, and Western criticism of these laws is out of line. .

These rules might increase the localization of data centers, and make them less mobile. However, from other news, it’s clear that this is not happening yet: data centers are still pretty much free to locate wherever the connectivity, business rules and climate are best.

Ireland has certainly benefited from that, and seen a concentration of data centers and international operators, because of its beneficial tax rules.

And Sweden clearly sees data centers as a movable asset. The country just cut its energy taxes on facilities by 97 percent to persuade data centers to move there. Facebook is already in the country, but data centers could now get power 40 percent cheaper than before.

Cheap power sounds like a disaster in green terms, as it encourages waste, and discourages efficiency. But Sweden’s is mostly renewable, so that’s ok.

But it’s clear from Sweden’s example that national moves to encourage energy efficiency by tax won’t be effective on data centers. If the cost goes up in one country, facilities will move to another one, and (depending on the characteristics of the national grids of the two countries) the emissions will be more or less the same.

If data sovereignty, driven by moves like Moscow’s, makes data centers less mobile, it could end this migration of data centers to the best price regime. That wouldn’t necessarily be a good thing though, because it would also stop them moving to get the best environmental impact.