Data centers in an untethered world 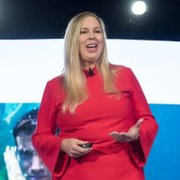 Dr. Albright is considered a “go-to” expert on digital culture and energy, and has appeared on every major network, including NBC Nightly News, CNN, The Today Show, Nat Geo, and in the pages of The Wall Street Journal, among others.

Dr. Albright's research over the past 14 years has focused on the growing intersection of digital technologies, internet communications, and new media on social structures and behaviors. As a recognized expert on the social impacts of new technology adoption, she was recently honored with the Hugo G. Beigel award for outstanding research report of the year for her Internet research, and has received many additional honors for her scholarship, service and teaching at USC. She has served as a research consultant on several Internet - related projects at USC’s Annenberg School for Communication.

Her latest research focuses on the social and behavioral aspects of energy efficiency and smart grid technology adoption.

IoT and the Internet of Me: how digital infrastructure rewired the millennial mindset 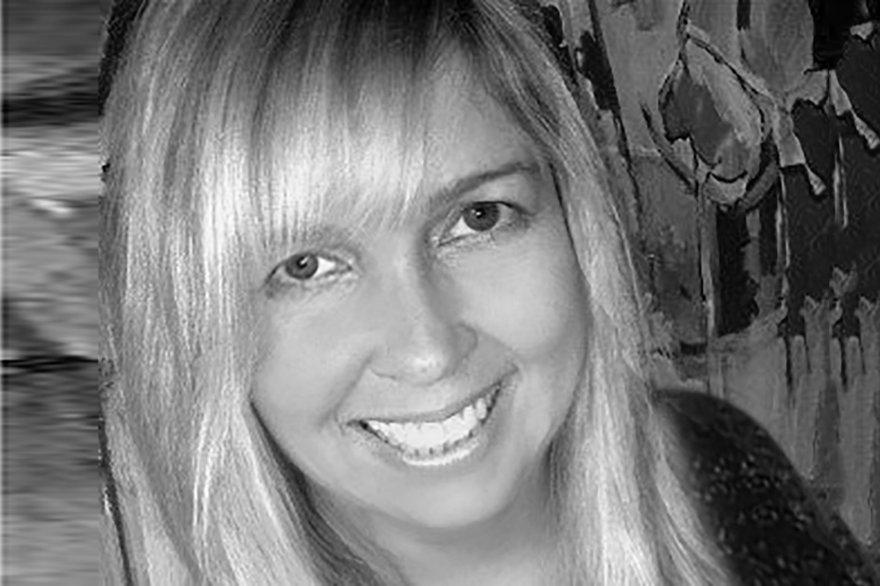 The Industrial Era is in its twilight, fast giving way to the rising Digital Era, where people, businesses, industry, and government grow increasingly reliant upon Internet connectivity. Ubiquitous connectivity is transforming interactions on all levels of society: On the micro level, it impacts personal relationships, as more and more people meet and communicate with their partners via digital devices; on the macro level, smartphones, and social media have become catalysts for sweeping and sometimes unanticipated social and political changes, like that witnessed during the Arab Spring.

Digital connectivity has become so integral to people’s lives that when Facebook went down in the summer of 2014, many people in Los Angeles called 911 to report this “emergency” that angry Sheriff’s officials took to twitter and tweeted, “#Facebook is not a Law Enforcement issue, please don’t call us about it being down, we don’t know when FB will be back up!” 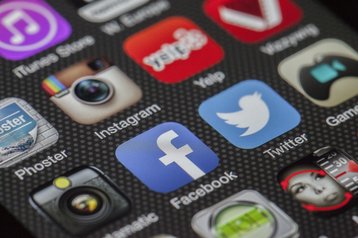 Sure to have a significant impact on the data center sector is the emergence of “social technologies,” which include (a) the adoption of social media globally (b) an increasing use of mobile devices across socioeconomic and generational lines and (c) the nascent “Internet of Things,” which will connect more and more physical devices to the Internet, including automobiles. A growing reliance on these technologies is already reshaping behavior, and will have a significant impact on both data usage patterns and the evolution of the data center and energy sectors as consumer demands change.

For the energy sector, the challenge is in providing power – a system whose model depends upon being tethered to a specific physical geography - to an increasingly mobile and untethered world. For data centers, the challenges include 24/7 reliability, and both cyber and physical security.

The uneven demand for connectivity across generational cohorts may lead to greater social instability as the gulf widens between older generations and the shifting values, behaviors, and expectations of younger cohorts. Millennials and their younger counterparts grew up as “digital natives,” in a world where there always was an Internet. As a result, their behaviors, expectations, values, and norms orbit around “digital life.”

This hyper connectedness to digital devices and disconnection from the analog is beginning to manifest in many of the traditional markers of adulthood which had defined the goals and aspirations of the Baby Boomers, as they pursued their stake in the American Dream: For Millennials, home ownership is being eschewed, marriages are put off; having children is delayed or forgone altogether.

Connections to church, political parties and other organizing and foundational social structures are weakened or broken. Some are even eschewing homes altogether in the interest in pursuing a variety of exciting and new “micro-lives” - in Asia, Europe, or on sultry islands in the Caribbean or parts in between, financially buoyed by sites like FundMyTravel and CouchSurfing.

The idea of unhooking is beginning to influence older workers as well, as they too begin to desire this cohort’s newfound sense of freedom. Given the sheer numbers of Millennials (at 86 million, they are 7 percent bigger than the Baby Boomers), their fundamental shift in values and disconnection from traditional social institutions and changing consumption patterns will shape and influence large swaths of society, and are bound to have broad consequences. In the workplace, Millennials see no need to be tethered to a cubicle or office: Being mobile gives them the sense they can “work anywhere.” In response, “rental desks,” nap rooms and rental showers are springing up in urban markets for the untethered worker. “Wi-Fi here” signs appear in coffee shops and restaurant windows, as owners try to lure in the digital nomads.

The business sector is struggling with how to adapt, as evidenced by the disparate reaction of two different tech firms: IBM decided to recall all of its remote workers to the office, imploring them to work “shoulder to shoulder” together; at the same time, Automattic (parent company of Wordpress) decided to sell the 15,000 square foot office it purchased six or seven years ago, since only about 5 workers out of 550 were showing up to work each day - that’s 3,000 square feet each. If the Automattic model is any indication of the trend line, the future of the office may indeed be no office at all. Managing a digitally nomadic workforce will pose entirely new challenges.

Digital connectivity may even be altering the evolutionary path of humankind, rewiring the neurochemistry of children growing up in a digital-rich environment: A Youtube search of “Baby with iPad” reveals thousands of videos showing children who have acquired digital literacy skills before language. Seventy-five percent of kids under eight now use mobile devices. The digital immersion of the typical American child is astonishing: Those between the ages of eight and 18 spend an average of seven hours and 38 minutes per day, or more than 53 hours a week “media multitasking” across various digital screens.

This immersion in digital technologies has resulted in major behavioral and social changes, including disconnecting from activities normative for other generations: Playing outside is becoming a thing of the past, and many are afraid of being out in nature, having no experience with it. National park visitation is down, and rangers are struggling with whether their natural spaces are places to “unplug” from devices or whether they should provide Wi-Fi connectivity in the parks and campgrounds to lure in digital-dependent younger visitors.

Digital connectivity – sharing experiences, photos, lives online - is what kids are accustomed to now. During the early stages of the Internet, “online” and “IRL” (in real life) were two separate things. With the advent of social media - online life and real life became one and the same. Facebook encouraged the use of real names and real identities as opposed to the “handles” or nicknames common to America Online and other earlier digital communication technologies, resulted in a blurring of “real” and online lives.

For millennials, their identities and social life are wrapped up in digital culture. “Photo or it didn’t happen” is now a common saying. Digital engagement, taking “selfies” at events- even negative ones, like a fire in Greenwich Village or a smiling during a visit to Auschwitz, showing that “you were there” have become expected, no matter how inappropriate. Trying to get the most unusual selfie, people have tumbled off the cliffs at Machu Picchu, have been electrocuted jumping atop a train top, and have accidentally shot themselves prompting the media to coin the phrase “death by selfie.”

Digital technology has even taken over as millennials’ preferred form of entertainment – from watching streaming videos on small screens instead of TV, to digitally enhanced voices using “autotune” on hip hop and pop music songs, to “EDM” or electronic dance music now becoming the most popular music genre amongst younger millennials. Places like Las Vegas are scrambling to adapt to the digitization of leisure by incorporating both free Wi-Fi in their lobbies and EDM in their clubs to capture younger visitors. The hotels are now making as much or more money from giant nightclubs with strobes and electronic dance music produced on a lone DJ’s MacBook, like Skrillex or Diplo, than they do on gambling. The top 10 nightclubs earned $550 million in 2014, with seven of those located in Las Vegas. The top two of these surpassed $100 million. The days of analog acts like Wayne Newton are largely over, as Sin City pivots to try to capture the interests of this new generation of consumers who now even want even their entertainment digitized. For some younger listeners, analog instruments sound like nails on a chalkboard.

Social media is so appealing to younger users in part because one can present a highly curated, idealized self online, highlighting the positive – posting photos of the “best life ever,” with the aim of evoking jealousy or envy in the viewer. Meanwhile, the more negative aspects of life are often downplayed or curated out. Such behaviors are reinforced through the instant feedback of “likes,” comments, emojis, and emoticons - very powerful motivators to continue the behavior. Stated another way - social media is its own self-reinforcing entity.

The sound played when one receives a like, comment, text, or other digital communication can be likened to the ring of Pavlov’s bell - the reaction is immediate, causing the person to check the phone, tablet, or computer. That little “ding” causes a wash of dopamine in the brain’s receptors (the positive “reward” centers in the brain), the same areas that drugs like cocaine activate. The results can be equally addicting: Studies have found that 67 percent of cellphone owners find themselves checking their phone for messages, alerts, or calls — even when they don’t notice their phone ringing or vibrating; 18 percent say they do this “frequently.” Such behaviors become almost compulsive: Some people now check their cell phones more than 150 times a day.

Although Internet-enabled smartphones are becoming ubiquitous, we have not yet reached peak digital immersion. Indeed, we are only in Phase one of three  phases on the near horizon in terms of digital connectivity: We are now entering the next stage of digital immersion in society, the so-called “Internet of Things” or the “Internet of Everything.” Many customizable devices like those in “smart homes” will connect back to users’ smartphones to report data and adjust to their exact preferences, a state I call The Internet of Me. IHS has forecast massive growth in the number of such devices, from 15.4 billion devices in 2015 to 75.4 billion in 20.25. With sensors measuring everything from bodies to occupancy to transportation, real-time data delivered to apps, cloud services and a myriad of devices will become increasingly critical. In the following phase, where robotics and automation are on the rise, a phase I call The Internet of Them, humans are out of the loop in lieu of autonomously intelligent agents.

During this phase, there will be continuous machine to machine digital communications to coordinate work and various other tasks that will place even more pressure on data centers, as the amount of data processing and storage needed will skyrocket. Anticipating the changing demands as well as some of the anticipated and unanticipated outcomes - like the “end of work” - will be critical to keeping society in the digital era functioning. During the escalation of the “Internet of Everything,” and the emergence of the next phase, the Internet of Them, the demand for and indeed, reliance upon, connectivity places data centers as “digital factories” squarely in the center of this new ecosystem, with the expectation that they manufacture 24/7 uptime and reliability.

Julie M. Albright, PhD is lecturer in the psychology of interactive media, in the department of applied psychology at the University of Southern California