Data centers can be economic migrants

Displaced people need help, but data centers on the move are a fact of life

Europe has a refugee crisis. Three thousand have drowned so far this year as half a million people crossed the Mediterranean, fleeing conditions in their own country. Before I make my flimsy analogy with data centers, let me say that the human refugee crisis demands a response. You can give money here (UNHCR) and contact your political representative asking that countries in Europe live up to their past humanity.

Now, what has this to do with data centers? It doesn’t create visible human misery, but data centers are also on the move from one country to another, driven by economics and politics. They are not refugees but “economic migrants” moving in search of a better standard of living. And generally speaking, data centers are welcome arrivals, courted by governments and welcomed with inventives and special deals, instead of being barred at the border. 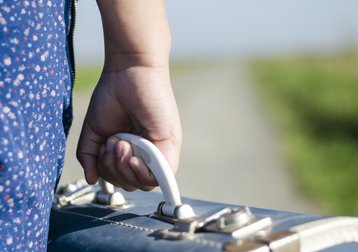 Data centers on the move

Individual data centers don’t physically move, but markets shift their focus, and global companies will shift their data center building programs from one country to another.

Data center migration, is driven by the availability of land and network fiber, but more often by power, lured across a border by the quantity, quality and price of the electricity available.

In the Far East, Singapore has made a strong play to be the regional hub, and is now reckoned to have more data centers per square foot than any other country. States such as India have lost out due to poor power provision.

In the US, multiple states are in a bidding war to offer tax incentives, along with power that is renewable - or just cheap. Washington State, North Carolina and Oregon are currently doing well in enticing big players such as Google, Apple and Facebook.

But the Nordic market is not uniform. Iceland has a superabundance of power for its small population, but is further from the European mainland. And amongst the mainland states, there have been disparities in energy pricing.

Back in May, we heard that specialist Bitcoin-cruncher KnCMiner was considering a move from its native Sweden to neighboring Finland because Finland has lower energy taxes for data centers.

Energy taxes can be quite high - they are often seen as a way to discourage consumption and help meet climate change targets. So in Sweden, the tax can make up around 40 percent of the price paid for electric power.

I wonder if it can be quite as extreme as this, since Facebook chose Lulea in Sweden to build its data center.

But be that as it may, the people of the Node Pole are celebrating as a government commissioned report recommended that data centers be granted a 97 percent remission on their energy tax.

Assuming the government follows the suggestion, then from 1 January 2017, the cost of running a data center in Sweden could plummet. The Node Pole tells me the underlying ex-tax cost of power in Sweden is lower than its neighbors. If that’s true, we might see some economic migration of data centers into Sweden.

I wish human migration can be handled so easily but as it can’t I commend the links at the top of this article to you once again.

A version of this article appeared in Green Data Center News.