Data center UPS: how to make Li-ion the safe choice 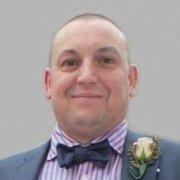 In the event of a supply outage, backup batteries keep the data center operating until the UPS shifts to an alternative power source – often a diesel generator. Battery reliability and performance are crucial to avoiding serious damage to the business and its reputation. With their well-established advantages over lead-acid batteries, Li-ion battery systems make sense in this vital role.

Li-ion is more reliable and offers higher power than lead-acid batteries. Its total cost of ownership (TCO) is lower, thanks to a combination of longer calendar life, minimal maintenance needs, high energy efficiency, and tolerance of higher temperatures. Less demand on cooling systems means lower electricity consumption and related CO2 emissions. In addition, higher power and energy density mean that Li-ion batteries are also much smaller and lighter – saving on space and structural support in buildings. 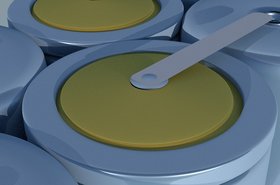 Batteries of the future

As data centers evolve, their backup technologies are open to question

‘Li-ion’ is actually an umbrella term for a whole family of batteries whose electrochemistry varies hugely. Choosing the right chemistry and battery system design for each application is the key to achieving the optimum characteristics. For data centers, these must include maximum safety.

High-profile thermal runaway incidents have raised awareness of potential safety risks with some breeds of Li-ion batteries. For example, TV presenter Richard Hammond’s escape from a burning supercar when filming for Amazon’s The Grand Tour in 2017 and an Arizona battery energy storage system fire in 2019. Importantly, both applications used different Li-ion battery specifications to those recommended for data centers.

Thermal runaway happens following a short circuit in a cell, caused by damage or misuse. A rapid chain reaction results, producing a large discharge of heat. This may propagate into neighboring cells, causing them to break down and release hot flammable gases.

Choice of electrochemistry has a major bearing on factors such as lifespan, power and energy density, temperature tolerances and safety. Different chemistries can also be blended to adjust the balance of properties.

Li-ion batteries fall into two main groups according to their cathode material: metal oxides and iron phosphates. Another group, using titanates as their anode material, is highly specialized for applications like railway traction which require high power, and frequent charge and discharge.

The metal oxides include lithium nickel cobalt aluminum oxide (NCA), lithium nickel manganese cobalt oxide (NMC) and lithium manganese oxide (LMO). Their high energy density is ideal in electric vehicles, for instance. However, in the event of a thermal runaway they release oxygen which can feed a fire and temperatures may exceed 800 or even 1,000⁰C. The release of oxygen makes fire suppression systems ineffective as they are based on limiting oxygen.

In comparison, iron phosphates, including lithium iron phosphate (LFP) and Saft’s proprietary super lithium iron phosphate (SLFP), are much safer. They offer a long service life, even at high temperatures, and good discharge/recharge cyclability. Oxygen atoms are tightly bonded within the phosphate molecules and is therefore not released in fires, so runaway temperatures can only reach around 200 to 250⁰C. In turn, propagation between cells is relatively unlikely and fire suppression systems work as expected. The drawback is that their energy density is around 30 percent lower than metal oxides offer, and their cell voltage is also lower – but they are the best choice when safety is critical.

Many data center operators apply international standards IFC 2018 and NFPA 855 for fire safety in buildings. Under these, risk must be reduced by limiting Li-ion battery energy content to 20 kWh per system or 600 kWh per installation. There must also be an air gap of about 1 meter between cabinets.

However, unlimited energy content can be deployed without air gaps if a battery system has passed rigorous tests under the UL 9540A standard that evaluates thermal runaway potential.

Testing records of some metal oxide systems under UL 9540A have noted cell-to-cell and module-to-module propagation, flaming and thermal runaway.

With thermal runaway being a potential issue, avoiding overheating is a key function of the electronic controller, known as the battery management system (BMS).

A good BMS will protect a battery’s safety, reliability and TCO. It should monitor and control the voltage of each individual cell, as indicators of charge status, health, and safety. It will also control charge and discharge of cells for an even temperature across the battery – a function that ensures consistent and reliable performance.

In addition to monitoring the cells, the BMS should also track the temperature of power connectors for each battery module to keep it within safe limits.

A further point is that a Li-ion battery system used in a data center UPS should be specifically designed for that job. Its primary purpose is very different from that of, say, a battery energy storage system (BESS) that integrates renewable energy. In a BESS, the battery itself is an income-generating asset which must be protected. Its BMS will therefore intervene to avoid damage through excessive discharge.

In a data center UPS, the battery’s role is to protect the business by ensuring continuity of power supply. If necessary, its BMS will permit complete discharge to gain extra seconds of power to protect server uptime, even if that means sacrificing the battery. In backup provision as well as safety, there must be no compromise.