Data center and cloud predictions for 2017

Server huggers still have their place in the cloud

Coming after a reasonably successful year of predictions in 2016, I spent some quiet time over the holidays looking forward to 2017 and what it may hold for data centers and the cloud. Our industry changes pretty quickly, but I feel confident that my predictions will be every bit as accurate as those of the last presidential election, so let’s dive and see what 2017 has in store for us.

For those of you that read my predictions for 2016 and the resulting grades, you might think I am crazy for declaring 2017 the year of modular- just as I did last year. Well, they don’t make this game for babies, so here I go again, but hopefully with better reasons than last year.

Although FUD (fear, uncertainty, doubt) will continue to hold some enterprises back, those farther along the modular maturity continuum will deploy their IT in more granular increments and reap the benefits. The biggest driver, however, will be the continued rise of edge data center deployments.

You might think I am crazy for declaring 2017 the year of modular- just as I did last year. Well, they don’t make this game for babies!

There will be more data centers deployed in more markets than ever – but at a smaller scale where modular excels. And speed to market will be key to enabling the technologies that need to live at the edge, making modular the right answer.

2. Network continues to hinder the cloud

As Robert McClary of Fortrust shared, “Edge computing is an unfortunate reaction to the poor internet bandwidth infrastructure to consumers in the US.” Hyper-converged infrastructure continues to enable cloud computing, which in turn causes data centers to become larger and more centralized.

So today, the most cost effective locations for hyper-scale data centers tend to be remote like Nebraska and Iowa, not where the people and eyeballs are, in markets like New York and San Francisco.

And when user experience matters, performance degradation due to latency will prevent some from jumping aboard the cloud train and cause others to jump off.

If this wasn’t a problem, why would Amazon have trucks to migrate customers’ data to their cloud? Are content delivery networks (CDNs) the answer? Their edge may overlap with the enterprise edge and reduce latency back to the cloud.

Perhaps some other new technology will solve this problem, but that’s for others far smarter than me to figure out. 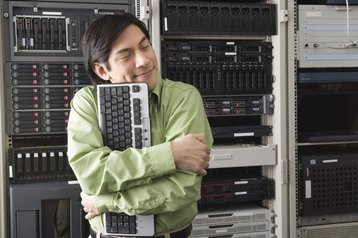 3. The server hugger is not dead

Although their numbers are down, the server huggers are alive and well and continue to be driven by FUD. They are seen in more highly regulated industries like healthcare and financial services.

The server hugger can take a small amount of space with a local colocation provider and enjoy secure access to multiple cloud providers.

4. The cloud will not be all things to all people

For the last few years, we have all heard how the cloud is going to be all things to all people and resistance is futile. The reality is that this simply isn’t true, at least not yet.

Not only has network performance prevented this as discussed above, but many believe that not all workloads belong in the cloud. Another complaint is that cloud SLA’s are not on par with colocation providers. At the end of the day, it comes down to cost and many have said the cost is much greater than they had expected.

Shame on them for not performing their due diligence, but at scale, this has become a common refrain causing some to leave the cloud as quickly as they jumped into it.

5. The enterprise data center will not die in 2017

IT is an industry that is quite resistant to change and the psychology of that resistance will continue to result in a slow move away from the enterprise data center. That said, I do see enterprises moving more toward colocation as has been the trend and focusing on their respective edge IT requirements.

Despite the drastic change in the US political environment, the data center and cloud industry will remain committed to sustainability. The continued funding and use of renewable energy is a no-brainer given that it has reached grid parity in many areas and mitigates risk against future price increases.

Efforts will also ramp up toward electronics recycling to keep decommissioned servers out of the landfill. Web giants and colocation providers alike understand the brand value of sustainability goes far beyond politics.

7. Colocation billing starts to resemble that of cloud

With the rise of cloud computing and the corresponding use-based billing, it’s only a matter of time before customers demand it of their colocation provider.

Aligned Data Centers has already implemented this in their business model, so it’s just a matter of time before the industry follows. This will make data center operations more complex from a capacity management standpoint, but it should ultimately result in higher utilization of infrastructure and better energy efficiency. 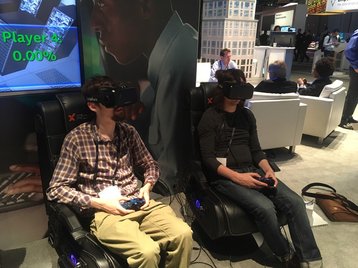 There has been great talk about the Internet of Things (IoT) driving the movement of data centers toward the network edge. 2017 will see that promise become a reality.

IoT will be joined by Augmented Reality (AR) and Virtual Reality (VR) as major drivers of this movement. Now that AR and VR technology is more readily available, users will find untold uses for it.

AR and VR are bandwidth hogs that have the potential to impact the network in the same way streaming music did. Given they are latency sensitive and data intensive, it only makes sense that they would migrate toward the edge where they will be viewed.

There you have it; lots of acronyms, buzzwords, and hopefully some accurate predictions. I am always interested in hearing your thoughts, so please share your comments below and let the debate begin.