Is Covid-19 the path to an Orwellian state? 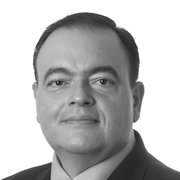 Despite the urgency, governments cannot ignore human rights when they implement measures to combat the coronavirus pandemic

Matt Hancock, Secretary of State for Health in the UK recently publicly announced plans for a contact tracing app linked to the government’s ability to ease the lockdown restrictions. The app would inform you with an alert if you had recently come into close contact with a person infected with Covid-19. On 20 March, Singapore became one of the first countries to deploy a voluntary contact-tracing app, TraceTogether.

Data regulators such as the UK’s Information Commissioners Office (“ICO”) are aware of the struggles organizations and their governments are facing in the current Covid-19 pandemic.  The ICO has issued a statement to say that provided the data is anonymous, the government may not be breaching data protection laws. However the ICO’s anonymity standard is very high – a person must never be able to be identified from the anonymous data. It is doubtful the NHS App can meet this standard. 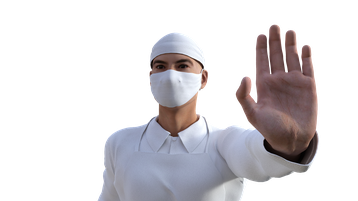 Thin end of the wedge?

Take up of the NHS app will need to reach 60 percent of the population (and to be downloaded onto 80 percent of mobile phones) for it to be effective but if the public accept this intrusive use of personal data for health reasons in an emergency, are they more likely to accept the UK government using the data for crime prevention, monitoring large crowds at events, or to replace the national census (due in 2021) in the future?

The European Union is likely to take a cautious approach to such monitoring, but in other parts of the world tracking is already taking place. The European Data protection Board (which advises the EU Commission on data privacy) states that governments "should first seek to process location data in an anonymous way… which could enable generating reports on the concentration of mobile devices at a certain location". The EDPB recommends the introduction of adequate scrutiny and safeguards including the right to a judicial remedy. In the UK, plans are already in flight to curtail the right of judicial review. Blanket surveillance is unlikely to be compliant with EU laws even when it is for the public good.

Human Rights Watch (an international non-governmental organisation) has issued an eight-point declaration to balance individual rights and the need for governments to protect public health:

The declaration has been signed by many international organizations to urge governments to show leadership in tackling the pandemic in a way that is strictly in line with human rights.

These are extraordinary times, but human rights law still applies. Governments cannot simply disregard rights such as privacy and freedom of expression in the name of tackling a public health crisis.