Cloud wars: How the big three will shape this quarter 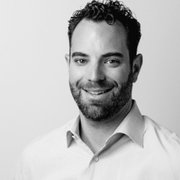 After a raucous Q1, it’s ever-more obvious just how much of the future hinges on cloud connectivity

Amazon’s Q1 earnings report revealed Amazon Web Services sales grew 41 percent, bringing in $7.7 billion in revenue. AWS is the biggest player in the cloud market, and made 13 percent of Amazon’s total revenue for the quarter.

But Google and Microsoft weren’t exactly napping the quarter away. Google made more than 100 announcements at its Cloud Next conference in April; chief among them was the launch of Anthos, its new connected multi-cloud platform in direct competition with AWS and Microsoft Azure. And while Azure holds just a 16 percent market share compared to AWS’ 32 percent, the Microsoft cloud’s sales grew 73 percent in Q1.

Google’s Anthos announcement and fresh growth in particular are spurring new competition among the top players. Here’s how we predict the big three will differentiate themselves in the market as we move through Q2. 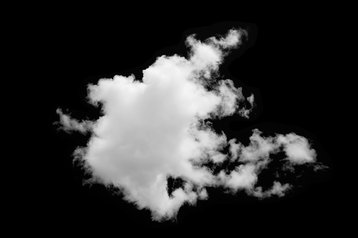 Amazon has staked its claim around DevOps, and will continue to be the go-to source for companies looking to implement cloud-native software on an agile framework. This shortened development lifecycle and massive storage capacity have earned AWS sizeable contracts from the likes of Lyft ($300 million through 2021) and Pinterest ($750 million through 2023).

But much of the AWS buzz as Q2 kicked off was centered around Apple, which remains one of AWS’ biggest clients. The company spent $360 million in 2018 on AWS, in part to support the 1.5 billion simultaneously active devices running on iCloud. That’s not a small chunk of cash - but it’s also half of the $775 million Apple paid out for AWS in 2017. And with the late-2018 announcement that it plans to invest $10 billion in its own data centers over the next five years, Apple may soon have a lot more bargaining power with AWS - or become an independent cloud player in its own right.

Microsoft still represents perhaps the most traditional enterprise application of cloud computing, lifting and shifting traditional workloads into the cloud and then optimizing them. But Azure’s main focus in the months ahead will involve preparing for a potential contract that would shape the product for years to come.

In May, Microsoft completed the stringent certification process to meet FedRAMP High Impact standards in all of its US cloud computing regions. That’s important because Azure is in competition with AWS for the $10 billion Joint Enterprise Defense Infrastructure (JEDI) contract to overhaul the U.S. Department of Defense’s tech infrastructure. AWS may have an edge in this high-stakes face-off thanks to its previous work with the CIA, so Azure needed the boost from the FedRAMP announcement. A final decision is expected in July.

The ethos of Anthos comes as no surprise to fans of the company that was born to derive insights from massive data sets. This also is where Google hopes Anthos will stand out from Azure and AWS, whose hybrid on-premise cloud is a replicated model. Meanwhile, Anthos sits on VMware, which most on-premise environments already run, allowing companies to better leverage and adapt existing data center investments. It’s too early in the notion of hybrid on-premise to know the significance of Google’s Anthos positioning, but this decision will allow the solution to distinguish itself from the other two players.

Google also premiered its new cloud-reliant video game platform, Stadia, at its April conference. Though details including pricing, games and launch date have yet to be revealed, Stadia likely will come in direct competition with Microsoft’s Project xCloud, which also was announced in Q1.

These two projects not only have thrilled gamers, they signal complete trust in the cloud industry and open doors for other gaming platforms to follow suit. In the long term, games may be delivered only in-cloud. But regardless of the delivery model, it will be the quality of games that drive players, rather than the game’s cloud availability.

There’s a lot up in the air, and a lot at stake, for all three major players in the cloud connectivity market. But one thing remains certain: We’re now firmly settled into the era of cloud-native apps and companies. Even mammoth brands like Lyft and Pinterest aren’t putting all their cloud eggs into one provider’s basket, but the one they choose for their largest investment will shape their evolution for years to come.