Change is afoot in the world of cloud networking 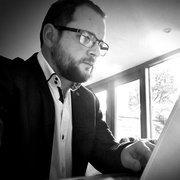 There’s a new type of networking around, designed with modern multi-cloud needs in mind. But what should we call it?

Cloud computing has been shaking up the enterprise IT landscape for over a decade now. We are well beyond the stage where cloud compute is any kind of novelty, in fact for a large proportion of organizations it can be regarded as the digital lifeblood that runs through the veins.

But while computing has been transformed beyond recognition, the same can’t always be said of the connectivity that makes cloud-based applications a reality. In truth, the enterprise WAN has simply not kept pace with the revolution that has been taking place in our data centers.

A year of Covid disruption and a global migration in the direction of home working have further exposed the fault lines of old school networking methods in ways that can no longer be ignored. A sea change is needed, replacing inflexibility with agility and complexity with simplicity. There are signs that this change is underway. 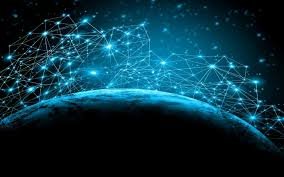 Innovative approaches have been formulated, designed from the ground up to properly support hybrid and multi-cloud strategies, and deal with fresh challenges like the cloud edge. A new type of agile and dynamic connectivity has been hitting the market which goes, somewhat confusingly, by a number of different names, some branding it cloud-native networking, others network cloud or cloud first. Leading names in this space include Alkira, Aryaka, Aviatrix, Cato, NetFoundry and Zscaler. Other more established names are also adapting their offers to match.

“There has been a trend for a while for network connectivity and security to move into the cloud and be delivered as cloud services,” notes Rik Turner, a principal analyst in Omdia’s cybersecurity team.

“Instead of worrying about provisioning a physical WAN from a provider, like a large telco, the promise is having all your connectivity to your branches delivered from the cloud. This way is more cost effective because you don’t need to start putting hardware in all sorts of locations. You don’t need to pay an arm and a leg for an MPLS link either.”

This desire for simplicity was clearly one of the drivers behind the popularity of SD-WAN, which can be seen as a first step towards a more cloud-friendly approach to connectivity. Next to emerge was security, delivered out of the cloud as a service a trend typified by players like Zscaler. Approaching the challenge from more of a network-as-a-service perspective are successful names like NetFoundry, Cato and Fortinet through its acquisition of Opaq.

Then came secure access service edge, or SASE, defined by Gartner to cover a category of products that combine security and networking all in one bundle, delivered as a cloud service. “Palo Alto was one of a number of companies who made a big move on SASE in 2019,” notes Turner.“It meant they could tell customers that all their security products, physical and virtual, would be available as a service, but with a lot more on top. They also bought into SD-WAN with the acquisition of CloudGenix.”

Along with the rise of SASE came another cloud-centric security model in the form of zero trust network access (ZTNA), also known as plain ZTA or sometimes the software-defined perimeter (SDP). This set of technologies works on an adaptive trust model, where trust is never taken for granted but instead granted on a ‘need to know’ least-privileged basis as defined by strict policies. It’s about giving users seamless and secure connectivity to applications without exposing them to vulnerabilities.

The past year has seen the emergence of another step forward in cloud connectivity, as embodied by Alkira and its Network Cloud model. This takes cloud networking to the next level with a global unified network infrastructure with on-demand hybrid and multi-cloud connectivity, integrated network and security services, end-to-end visibility, controls and governance, the whole thing delivered as-a-service. Alkira’s latest variant is Cloud Backbone as a Service or CBaaS: “As well as providing the service themselves, they can also white label it so that telcos can offer it under their brand,” notes Turner. “I think they are an interesting company and one to watch.”

“We see a market developing for what we called multi-cloud networking services,” says Brad Casemore, Research Vice President, Datacenter Networks with market intelligence firm IDC. “Alkira are going all the way up the stack to the application layer, and others are doing that as well. That’s good, because the value of networking is in how it supports applications.”

Catherine Hammond, Principal Analyst with Analysys Mason agrees that interesting moves are afoot at the level of the cloud backbone: “This is important, because what enterprises are really looking for is multi-cloud access. This can come as a pure software solution or it can come as something based on physical infrastructure too. There is definitely a trend towards wanting a managed service among enterprises who want to solve the complexity they face. They don’t necessarily care about market categories or terminology.”

She believes that an appetite for simplicity underpins the rise of a number of software-based disruptors: “NetFoundry are gaining traction and seem to be doing well with their application-oriented model,” she says.

She also notes that several hyperscale cloud players, like Microsoft and Google, are building out their own network infrastructure to answer the need for better connectivity: “But all they are really doing is providing access to their own cloud in their own data centers,” she says. “Then there’s interconnect players like Equinix and Megaport that have a powerful multi-cloud message, and are able to reach closer to the end user. and the likes of Cato and Aryaka who have more of an over-the-top networking solution but do have their own physical infrastructure in the core network.”

After years of sitting in the slow lane, the WAN network market is suddenly galvanizing in multiple directions at once, each vying to provide enterprises with the frictionless cloud access they crave. The next year or two will no doubt clarify which of these variants have the answer.

Guy Matthews is a tech influencer for ICT and financial services markets. This piece was written on behalf of Alkira.