Cancel culture and censorship: freeing the content through Web3 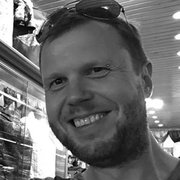 Freedom from censorship is vital (apparently), and crypto has the magic to provide it

Despite the social and technological advancements, censorship still presents a significant issue for the global community. And the Web — initially designed to be decentralized, global, and openly accessible — has served as one of the key tools in restricting access to information, editing out unpopular opinions or silencing those who fell out of societal favor.

So how do censorship and cancel culture affect the current digital landscape, and what can we do to create a healthy, creative, diverse space within the emerging Web3?

Today, it's not unusual to see governments use web censorship to silence whistleblowers (e.g., Wikileaks), limit access to the websites and groups related to political movements like Catalonia's independence referendum in Spain, or those not supporting the official position of the authorities, such as Wikipedia in Russia.

Our society and the Big Tech, in their turn, use cancel culture as a powerful tool to label the “unwanted” who went against its norms or made a social blunder. Whether it’s Harry Potter author J.K. Rowling "canceled" for her tweet that was interpreted as transphobic, or Donald Trump blocked from major social media platforms like Facebook and Twitter after getting charged with the incitement of insurrection regarding the 2021 Capitol attack, the scenarios are very much alike [Wait - inciting a deadly attack on the US seat of Government is just a "social blunder"? - Editor] .

Censorship and cancel culture restrict free speech and the diversity of opinions while increasing the centralization of information. For that reason, it's crucial to fight against all forms of censorship that restrict free speech, as we need diversity to achieve a healthy digital environment that breeds new ideas. Now the question is: how do we "cancel" the cancel culture?

While blockchain technology, DeFi (decentralized finance), and cryptocurrencies like Bitcoin and Ether have empowered us with financial sovereignty, Web 3.0 tech opens access to the decentralized, user-governed, and censorship-resistant internet.

It’s important to note that getting rid of legacy frameworks used to host websites and store and publish content, is fundamental for the formation of Web3. For one, it is possible to replace the rather centralized process of ICANN and other providers like Cloudflare for the name server as well as different domain name-related solutions.

Today, developers already have access to a decentralized framework which makes it impossible to remove, censor or restrict access to content in the space, such as unstoppable domains, apps, and blogs. With decentralized services like the Ethereum Name Service (ENS) and Unstoppable Domains, users can tap into blockchains' immutable and permissionless nature to register alternative domain names (e.g., .eth, .crypto, .dao), which only the private key holder can modify.

At the same time, hosting content at tech giants' cloud services or other centralized services can be avoided by utilizing distributed storage systems, such as IPFS, Swarm, and Filecoin.

With the Web3 stack, unstoppable dApps, websites, social networks, and blogs can be hosted that promote and maintain free speech over the internet. An excellent example of the latter is the Fair Data Protocol's self-hosted blog, which was built on Swarm's global peer-to-peer network that aims to store and distribute the world's data in a decentralized manner.

As the author of the first article on FDP's self-hosted blog phrases it: "anyone can publish their content without fear of it being taken offline or that a platform will not allow it in the first place." At the same time, due to a built-in economic incentive system enforced via Ethereum smart contracts and network redundancy, Swarm's ecosystem is self-sustaining and offers a zero-downtime service via resilience against DDoS attacks, node churn, and connectivity issues.

A self-hosted blog comes with other benefits, such as increased privacy for users as well as the lack of intrusive ads. Decentralized storage systems only collect data when exclusively permitted by users, splitting up the records into small chunks distributed all across the network. As a result, you are in complete control over your data and how others can use it.

Also, unlike publishing on Twitter, Medium, Facebook, or other centralized networks, users have the power over their content, its use, and monetization. No matter the controversy, public backlash, or criticism, no one will be able to remove your posts.

Censorship resistance as a path

Censorship and cancel culture are two key issues that must be tackled to enhance human rights and achieve freedom of speech in the digital world. Based on the principles of the Web3 industry, distributed storage networks like IPFS, Swarm, and Filecoin, as well as crypto domain name services, such as the ENS and Unstoppable Domains, have created the necessary framework to decentralize the internet.

However, while Swarm's and FDP's collaboration sets a precedent and serves as an excellent case study in this field, self-hosted blogs are still very early in terms of adoption. For that reason, we need to continue building audiences for Web3 solutions to make significant progress in decentralizing the internet.

To achieve that, a key focus has to be put on user-friendly design, organic value creation, proper education, as well as the further development of the infrastructure.