Can the US infrastructure bill bridge the digital divide? 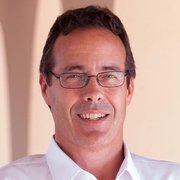 The infrastructure package includes $65 billion to improve US Internet access

Back in August, a $1 trillion infrastructure bill was passed by the US Senate. However, since then, it's been held up by partisan arguments over a separate $1.5 trillion spending bill aimed at the social safety net. At the time of publication, the bill is currently still held upin budget negotiations, though the House of Representatives has agreed to pass measures preventing a shutdown. Here, Michael Morey of Bluebird Network looks forward to the benefits to digital infrastructure.

The telecommunications industry is working towards solving a decades-long issue – how to bridge the digital divide. Not a new phenomenon by any means, this topic has become a prominent issue over the past year. Thanks to the virtual shift spurred by Covid-19, the digital divide is now more obvious to the telecommunications industry and to the rest of the world. Many telcos are doing their part by prioritizing and implementing innovative solutions to address a heightened demand for bandwidth, and to help bring high quality, affordable and secure connections to underserved communities. This effort is an all-hands-on-deck approach which has put a white-hot spotlight on the sometimes-contentious collaboration between the industry and local governments.

With a virtual shift still on the rise, underserved communities are struggling due to poor connectivity choices, creating a greater barrier for many people in the region to succeed in what is likely the new virtual normal. Underserved communities on the wrong side of the digital divide cannot take advantage of what others around the US have utilized as digital solutions like working from home, telehealth, e-learning, and more. According to a 2020 Forbes article, an estimated 42 million Americans are still without broadband.

Expansion of Internet infrastructure is a major component, but it is not the only factor to be considered to bridge the digital divide. State and Federal governments, inconsistent right of way rules, and the complexities to build out in remote areas are all areas of consideration when planning to expand connectivity in the Midwest.

The Midwest needs 5G - and fiber

Fiber optic service providers are the backbone to support growth, keep pace with an accelerated demand for connectivity and empower businesses and citizens in this digital world. Optical fiber networks support modernized services dependent on ever-evolving technology and quick densification. 5G technology will require more towers closer and closer to each other and put a premium on low-latency connections and deployment agility. Fiber route expansion will provide necessary resiliency and scale. It’s imperative that businesses, communities and local governments in the Midwest work together to bring their population access to modern capabilities in a predominantly digital world. But how can we get more telcos to expand their infrastructure in the Midwest?

The president’s most recent high-speed Internet budget proposed $65 billion to help Americans gain access to reliable Internet. The federal government has also made investments in broadband infrastructure deployment with an eye on stretching the budget while also prioritizing cost-saving initiatives. According to the National Digital Inclusion Alliance, state governments across the US took action by expanding Internet access, digital resources, increasing digital literacy efforts and more. These state and federal initiatives help surpass the physical barriers for infrastructure build-outs bringing reliable connectivity to those most affected by the digital divide.

An interesting tidbit to keep an eye on is the prospect of “overbuilding”, if multiple telcos in the same region gain access to federal grant dollars. The heavy amounts of grant money being released has created a bit of a fiber gold rush and the Federal Government should be careful in how they allocate these dollars.