IT Pods can give the best of both worlds, combining power and speed 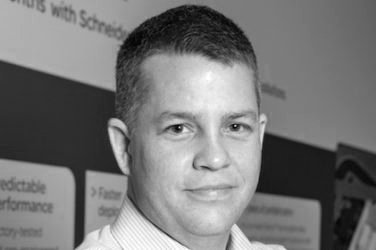 Size and agility are usually a trade off in all areas of life. In many cases feather weight boxers tend to be agile and move fast, whilst heavyweights tend to hit hard, but be less nimble. Occasionally, one can encounter a heavyweight with the speed of a smaller athlete, but the ability to “float like a butterfly and sting like a bee” is all the more remarkable for being so rare.

In the world of data centers, especially those in the colocation space, size and agility are of equal importance. Economies of scale are necessary to remain competitive in a fast-moving market; for the same reason, the ability quickly to upgrade and adapt resources to match ever-changing requirements is also essential. 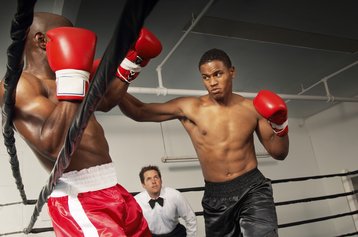 A natural response has been increased standards-based modularity. At component level, the ability to interchange server blades or storage arrays from competing vendors in the same rack speeds up time to deployment. The same is true of other component-level infrastructure such as uninterruptible power supplies (UPSs) and networking components. Standards and modularity help drive the trend of convergence or more specifically hyperconvergence, which eases the task of deploying ever-improving data center facilities.

Inevitably, the size and complexity of modules has increased with the magnitude of data centers now in demand. It has become commonplace to deliver IT capacity in so-called pods, namely in a row, or within rows of racks, containing both IT equipment and supporting infrastructure including cooling containment systems, power distribution and UPS systems.

The stumbling block is often the construction or refurbishment work that must be undertaken in order to update the building in which the data center is housed. For example, ceiling ducting for air-cooling vents or modifications to the flooring to accommodate power and networking cables all take time and can slow the process of rolling out new IT resources.

Building construction work usually requires regulatory approval, multiple trades, and inspection independent of the IT function. Work can rarely proceed in parallel because it is inadvisable, to say the least, to be installing IT equipment on a building site while construction is ongoing. So how can one square the circle?

One potential solution is the emergence of IT Pod Frames, which can speed up the process of deploying IT into a facility. For example, an IT Pod Frame is a free-standing support structure that acts as a mounting unit for pod-level deployments and also as a docking point for the constituent IT racks. Crucially these frames contain integrated overhead supports to hold power and network cabling and cooling ducts. These facilities help greatly reduce, or indeed eliminate altogether, the need for building modifications to the computer room.

They also allow a greater degree of choice concerning the flooring in a data center. A raised floor may not be necessary if the cabling and air ducts can be accommodated on the frame. Even in the cases where a raised floor is chosen as part of the air-cooling distribution mechanism, the fact that power and network cabling can be accommodated on the frame has the dual benefit of improving the efficiency of air flow and reducing the costs associated with building and installing cut-outs and brush strips that would otherwise be necessary to run cabling under the floor.

Using an IT Pod Frame also allows any unavoidable building construction work to be conducted in parallel with assembling the IT because the IT can be racked and stacked elsewhere, while the building work is proceeding. The building modifications and pod frames can be assembled and containment added BEFORE the IT and racks are rolled into place.

Furthermore, analytical studies have produced estimates of remarkable cost and time savings that can be achieved using an IT Pod Frame as opposed to deploying pods in the traditional fashion. One study by Schneider Electric showed that capital expenditure was reduced by 15 percent and time to deploy by 21 percent when using a Pod Frame architecture.

However hulking your requirements may be, emerging technologies like IT Pod Frames can enable you to dance around the stumbling blocks of excessive construction work and build heavy hitting data centers with increasing speed.