Are we ready to rebuild Brexit's burnt bridges?

Brexit will dent the cohesion of European business infrastructure. It will be tech’s job to rebuild it

Before the referendum, all the polls showed a majority of Britain’s tech industry wanted to remain in the EU, but it wasn’t everyone. Even after the vote, it is still possible to find people in the industry who support the idea of leaving the EU. I met one at dinner last night.

“Of course we want to be out of Europe,” said this long acquaintance of mine. “I’ve been there. I’ve seen what they’re like.” He was adamant that European regulations were shackles on industry, and the Britain could prosper better outside of the European Union. He wasn’t blind to the current chaos, and he wasn’t impressed with the Exit campaign’s complete lack of plans for what to do if they achieved the vote they wanted. But he was very clear that once the UK got itself organized, it had a bright future outside Europe. 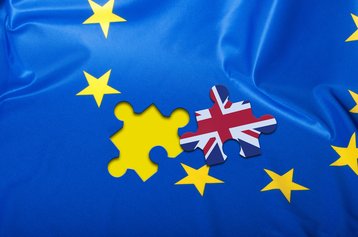 From what I could tell, he is in a minority. It’s very important to remember that nothing fundamental has changed yet. The process to leave has not even started, and all the EU regulations and structures are still in place - at least until the end of any Brexit process that eventually starts. And of course, not even the most fervent Leave supporter would deny that the British economy is taking a pounding at the moment, on the basis of expecations.

My friend was chatting to me at the annual gala dinner given by the British tech industry body TechUK, and his table talk was completely at odds with what was coming through in the speeches. TechUK’s position seems to be the British tech wants to keep or rebuild virtually all the things that the EU provided, judging by what TechUK president, Jacqueline de Rojas, who is also vice president for Northern Europe at Citrix, said.

“The UK is open for business,” she told diners. ”Don’t think for a single minute that the UK is turning in on itself or turning away from the world. Our instincts to be open and innovative are far too strong for that.”

She was upbeat about “adapting to the new reality”, going on to say that tech needs ”to secure open access to the single market and ensure we’re open to the best global talent.” There’s also got to be a borderless world for data, and open opportunities for investment, and finally collaboration.

In other words, she wants the single market, and access to talent from abroad through a “smart immigration system”. And open movement of data, backed by some equivalent to the GDPR is essential for all business, not just tech business. 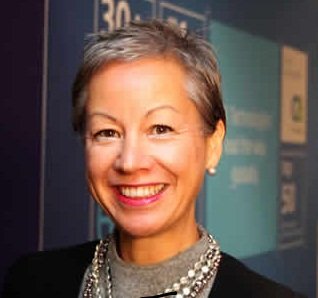 So let’s reiterate. Right now, nothing substantial has changed form how it was before Brexit. There’s no change of government, no regulations have gone. Nothing has changed that will affect data centers in the medium and long term.

Obviously there will be change. But after the very narrow vote to leave, it’s not at all clear what form any exit will take. The process to leave won’t start until the Prime Minister activates Article 50 of the Lisbon treaty. With a leadership crisis in both major parties, there’s no Prime Minister with a mandate to do that. The leading politicians from the Leave campaign have been fading from view, and there is a vocal campaign to reframe the question, with a repeat referendum, a second referendum on a concrete exit proposal, or a General Election fought on pro- and anti-EU lines.

Outside the tech industry, most people agree with de Rojas that post-Brexit Britain will go on trading goods and services with EU countries. So it will have some EU conditions to access the single market, maybe at the level of Norway, where most EU rules apply, and the country pays an EU subscription, just like the UK does. That might stick in the craw for some, but data centers thrive in Norway.

Keep Calm and Carry On may sound bland, but it worked when there were actual bombs falling

Immigration is more of a controversial issue, and the tech industry is going to have to dig in to keep access to foreign talent, and maintain the useful flow of foreign tech students in our universities. It’s not alone there though. Britain has a soft fruit industry growing at 18 percent per year; this simply requires a large temporary workforce, and it’s hard to see that coming through any other way than mobility in the EU.

The UK privacy regulator ICO is categoric in saying we have to maintain compliance with the GDPR. As Rojas says, this is basic for non-tech businesses handling personal information.

Since the Brexit vote, we’ve heard how finance bodies may move into Europe, if London moves out. We’ve heard from organizations in Ireland ready for any exodus from the UK. And we’ve heard from data centers in France, where abundant nuclear power and proximity to the rest of Europe count for a lot.

In the long term changes may happen, but for now, whatever the mood music, nothing has really changed. Amazon says its plans remain unchanged for a UK data center.

Exhortations to “keep calm and carry on” may sound bland and unconvincing, but if they were good enough for the Second World War, when there were actual bombs falling, maybe we should adopt that approach now as well.