AI and facial recognition in 2020: where’s the line? 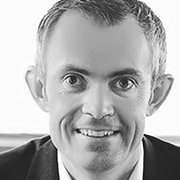 As we enter the new decade, artificial intelligence is both one of the most innovative and the most polarizing emerging technologies out there. It is the electricity powering the fourth industrial revolution, progressing at such a fast pace that we may not understand its full potential for decades to come. Over the last 30 years, AI has turned from something extremely specialized to a program in and of itself. It is being embedded into technology we use every day, like our mobile devices, and also into new, broader initiatives like smart cities.

As with many revolutionary innovations, there is a race to be the fastest to tap into the benefits of AI. China, for example, is racing to showcase the best uses of AI technology, deeming themselves the “AI Utopia.” According to the National Security Commission on Artificial Intelligence, China’s targets are ambitious. In the next ten years China wants country-wide adoption of AI in manufacturing, health care, education, agriculture and defense, and is setting its sights to be the global leader, against the US, by 2030.

In 2020, we will see US governments shift the conversation from who implements AI fastest to how we can implement most responsibly. While China is already using AI to measure students’ brain waves with IoT sensors during class to help teachers provide more customizable content to achieve better retention and results, it’s likely that the U.S. government will focus heavily in the coming year on privacy regulations to ensure AI use cases like this are fully vetted before being allowed.

Federal regulations on privacy when it comes to the use of AI will take center stage in 2020. We’ve already seen the beginnings of this with two instances of the U.S. government taking action to prevent AI overstepping in states California and Massachusetts. This past May, the San Francisco Board of Supervisors banned the use of facial recognition technology by police and all other municipal agencies under the Stop Secret Surveillance Ordinance. Similarly, Sommerville, Mass. voted on a facial recognition ban for police investigations and municipal surveillance programs in July, 2019.

While it may seem simple enough to ban any potentially invasive uses of AI, facial recognition algorithms also have the capability to aid law enforcement officials in investigations, enabling police departments to scan massive amounts of footage in attempt to find a person of interest, for instance. 2020 will be about finding the balance between reaping the benefits of AI and making sure it doesn’t go too far.

Be prepared for unparalleled AI-powered innovations to come over the next year, but also be prepared for privacy, security and AI ethics to be at the forefront of the conversation. As regulations continue to be made at a city, state or federal level, they will shape the extent to which we can use AI, and how we will approach the “AI race” in this decade.