​Addressing the issue of power generation in data centers 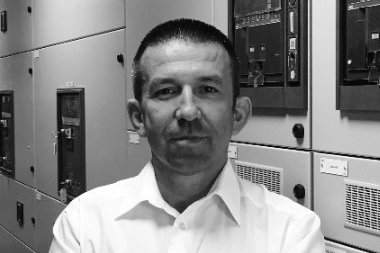 With the ongoing digitization of business processes resulting in the creation of more data than ever, it will come as no surprise that data centers consume enormous amounts of energy. By 2025, some estimate that data centers will consume one fifth of all the electricity in the world.

For data centers, the discussion around power is not only about how it is used, but also how it is generated. One talking point is the fact that many different voltages are used in transmission and distribution of energy. This means that the energy is transformed several times and each transformation results in some efficiency losses. In a grid-based energy model, around 70 percent of the energy consumed is not used for direct power. These losses are an unnecessary expense for both the data center and the energy provider.

On-site generation also offers data centers an innovative way to manage costs relating to power supply. When power is bought from the grid, there can be fluctuations in cost despite energy consumption being relatively stable. Even with the appointment of a dedicated energy manager (like many data centers have), keeping track of fluctuations in cost can be an arduous task as it is down to things you can’t control. Today, even the slightest gain can make a big difference to your place in the market. On-site power generation turns short-term energy costs into long-term investments.

There’s also the issue of “green credentials” and the challenge data centers and most businesses face with meeting the new standards of ecological discipline. It is common knowledge that the “green credentials” of a business or a product can have a huge impact on sales and brand reputation in today’s business world. In recent months, we’ve seen big, global organizations suffer significant reputational damage for not meeting the required standards and customers taking their business to other providers.

The small matter of cost

We cannot talk about on-site power generation without talking about the cost attached it. Data center owners have to consider various requirement, including transfer trip systems, protective relaying, fault current mitigation, metering, communications systems and isolation transformers. The administrative process attached to getting the system off the ground can also burdensome and lengthy.

However, on-site systems typically yield significant cost savings, over time. These systems also improve the reliability of power supply, which means that data centers don’t have to invest so much into back-up power supply systems.

With continuity being a major priority for many businesses and many of them relying on information systems to provide the level of service their customers want, the data centers cannot afford to be down. If the information system is unavailable, operations may be impaired or stopped completely.

With on-site power generation, data centers can provide an additional layer of security to their power supply. While most utility grids are fairly reliable, they are occasionally subject to disruptions – caused by like bad weather or damaged infrastructures. With the conventional power grids, an issue in one area can completely shut down operations in a facility elsewhere. An on-site power generation ensures that a facility can continue operations even when there are problems somewhere else.

Running an energy efficient and energy effective data center can only happen as a result of careful thought and implementation. How power is generated, as well as how it is used, must be major considerations for decision makers in this process. With the right planning and consideration, data centers could be setting themselves up for a service that consistently delivers success and profitability for today and the future to come.